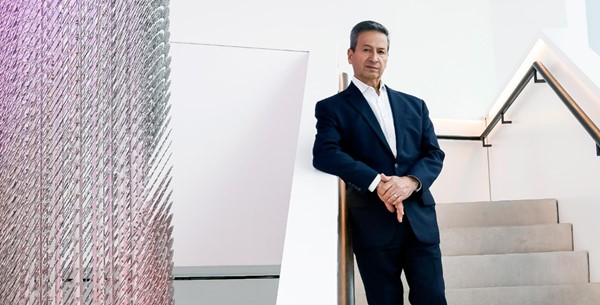 Thomas Santiago, Global Head of Real Estate for WarnerMedia, has died from complications from metastatic cancer. He was 63.

A well-know figure on the real estate circuit, Mr Santiago was a committed supporter of the Diabetes Research Institute Foundation and served on the national board of directors for the DRI’s Empire Ball.

He also worked to promote Hispanic businesses through fundraising for the National Hispanic Business Group.

Born in the Bronx to Puerto Rican immigrants Tomás and Margarita Santiago, he began his real estate career as a high-rise construction worker before graduating from New York University with a B.S. in Real Estate and landing at Citigroup in a role that saw him oversee space management, finance, human resources planning, and oversight of real estate administration.

He steadily rose through the ranks to ultimately lead Citigroup’s North America real estate operations. After two decades with Citigroup, he went on to lead Global Real Estate for WarnerMedia where he was responsible for hundreds of properties and thousands of employees around the world.

Significant career highlights include leading WarnerMedia’s sale of the Time Warner Center and the construction of the new corporate headquarters at Hudson Yards.

In 2017 The Hispanic Executive heralded him as “The Designer” and one of their “Top 10 Líderes” in industry. A shining leader and mentor, Tom is fondly remembered by team members as a great colleague with boundless enthusiasm and curiosity.

Following the death of his uncle and godfather, Tom committed himself to the Diabetes Research Institute Foundation and served on the national board of directors for the DRI’s empire ball.

Mr Santiago lived in West Milford, NJ, and was an avid fisherman, a hobby that would take him to multiple locations around the world. Later in his life, he became a golf enthusiast where he spent countless hours honing his craft on and off the course. He had a passion for art, a distinct affinity for wine, and a keen eye for interior design which were curated by his own sensibilities and refined by his close relationships with friends and colleagues.

He passed away on October 26, 2020. He is preceded in death by his parents and his daughter Lulu. He is survived by his loving wife Lourdes, three sons Christopher, Matthew, and Justin, seven grandchildren and sisters Margaret and Miriam.

Memorial services for Thomas will be held at a later date in 2021 due to the ongoing COVID-19 pandemic. In lieu of flowers, donations may be made in honor of loved ones to: Bladder Cancer Advocacy Network and Memorial Sloan Kettering Cancer Center.