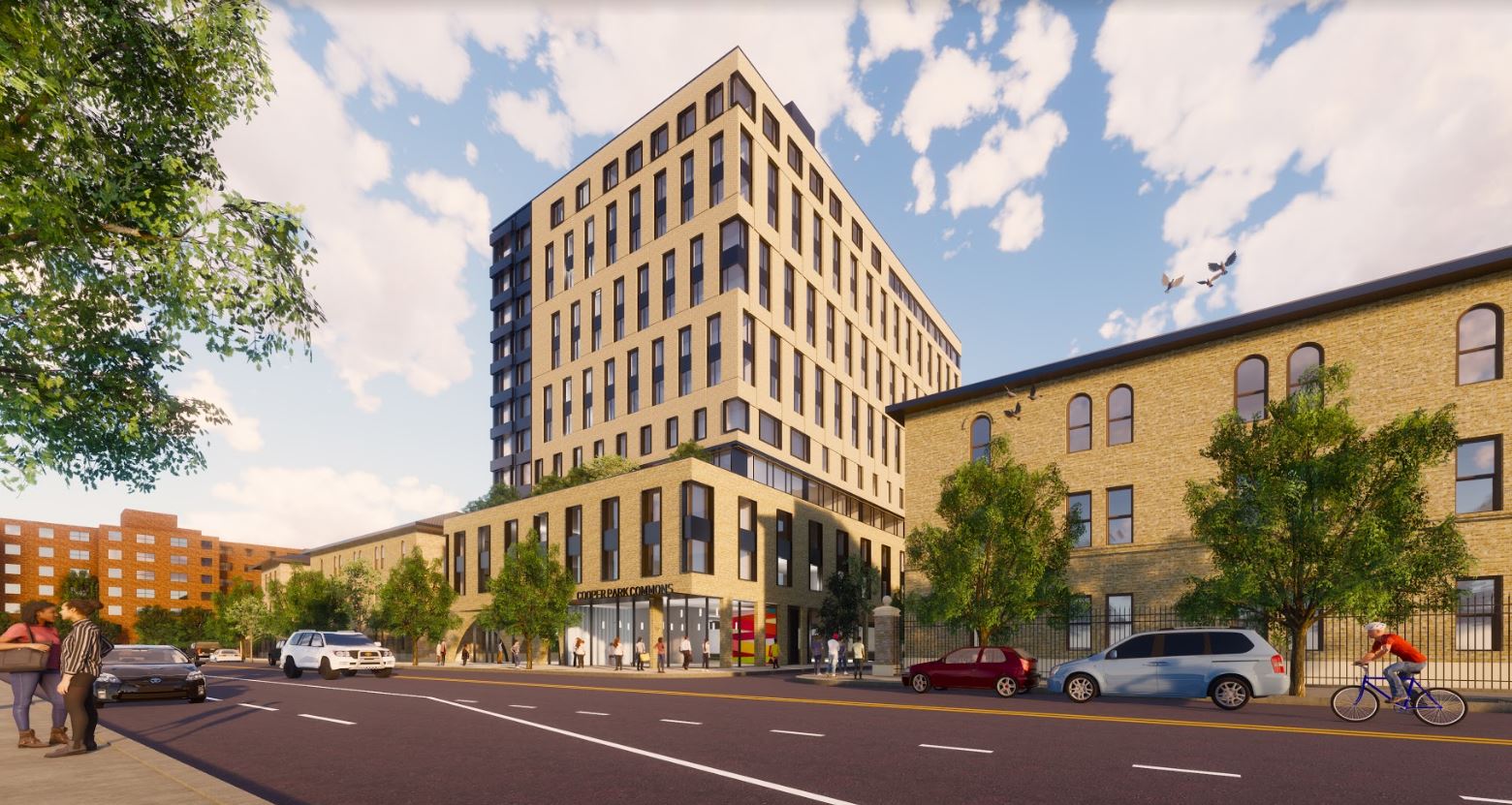 The Hudson Companies has won the contract to turn the former Greenpoint Hospital Campus into a 500-unit housing development.

Shuttered since 1982, the revamped hospital campus will include over homes for seniors, extremely low, and low income New Yorkers and a shelter

“As we continue to move aggressively to redevelop our dwindling supply of City-owned land, it’s a privilege to have the chance to transform this unique site that has a long and storied history of serving this city’s residents for nearly a century. This dynamic proposal will create 512 new affordable homes, much needed community space, and new shelter programs for New Yorkers most in need, “ said HPD Commissioner Maria Torres-Springer.

Hudson Companies has partnered with St. Nicks Alliance, a local community development corporation, and Project Renewal, a nonprofit organization that works with homeless New Yorkers for the project.

The development team responded to the Request for Expressions of Interest (RFEI) in the design, construction, and management of a high quality, sustainable, mixed-use, mixed-income project for the approximately 3.4-acre site in the Greenpoint-Williamsburg neighborhood of Brooklyn.

Located at 288 Jackson Street in Brooklyn, the 146,100 s/f development site will include two newly constructed multifamily buildings with over 400 homes and 21,500 s/f of community space with a café, workforce development center, and community center.

The development team will also be converting two historic buildings on the site, one into over 100 affordable homes for seniors, and the other will house two more efficiently designed shelter programs for homeless New Yorkers.

The plan includes a network of new open spaces that will connect the Greenpoint Hospital campus with the neighborhood.

The second phase includes the adaptive reuse of the main hospital building into approximately 109 units of senior housing and the new construction of a multifamily building with about 136 units in place of the demolished hospital boiler building.

“Hudson is grateful to the City of New York for selecting this team to redevelop the Greenpoint Hospital campus and is honored to be working with St. Nicks Alliance, Project Renewal, MAP and AO to deliver a transformed shelter and 512 sustainable affordable homes to this community,” said Aaron Koffman, Principal of The Hudson Companies Inc.

“We are eager to begin engaging neighborhood stakeholders, along with incredible leader in Council Member Reynoso, and working with HPD and DHS to revive a historic section of East Williamsburg.”

The Greenpoint Hospital campus’ original six buildings were opened in 1915 to serve potential accident victims from nearby factories and warehouses.

The campus was expanded in the 1930s though President Franklin D. Roosevelt’s New Deal, adding two buildings to the site. All eight of the site’s buildings were constructed in the Renaissance Revival style.

While the hospital was officially shuttered in 1982, one building was converted into the Barbara S. Kleinman Residence which now serves New Yorkers experiencing homelessness as they get back on their feet.

Four auxiliary buildings were redeveloped as affordable housing in the 1990s and a fifth building was converted into the Greenpoint Renaissance Center in the 2000s.

“The activation of the long-shuttered Greenpoint Hospital campus has been a goal of my administration, dating back to a housing report four years ago that highlighted the site’s potential to deliver much-needed affordability for the neighborhood,” said Brooklyn Borough President Eric Adams.

On The Scene: Lala reps Yonkers walk-up, Ariel sells in the Bronx