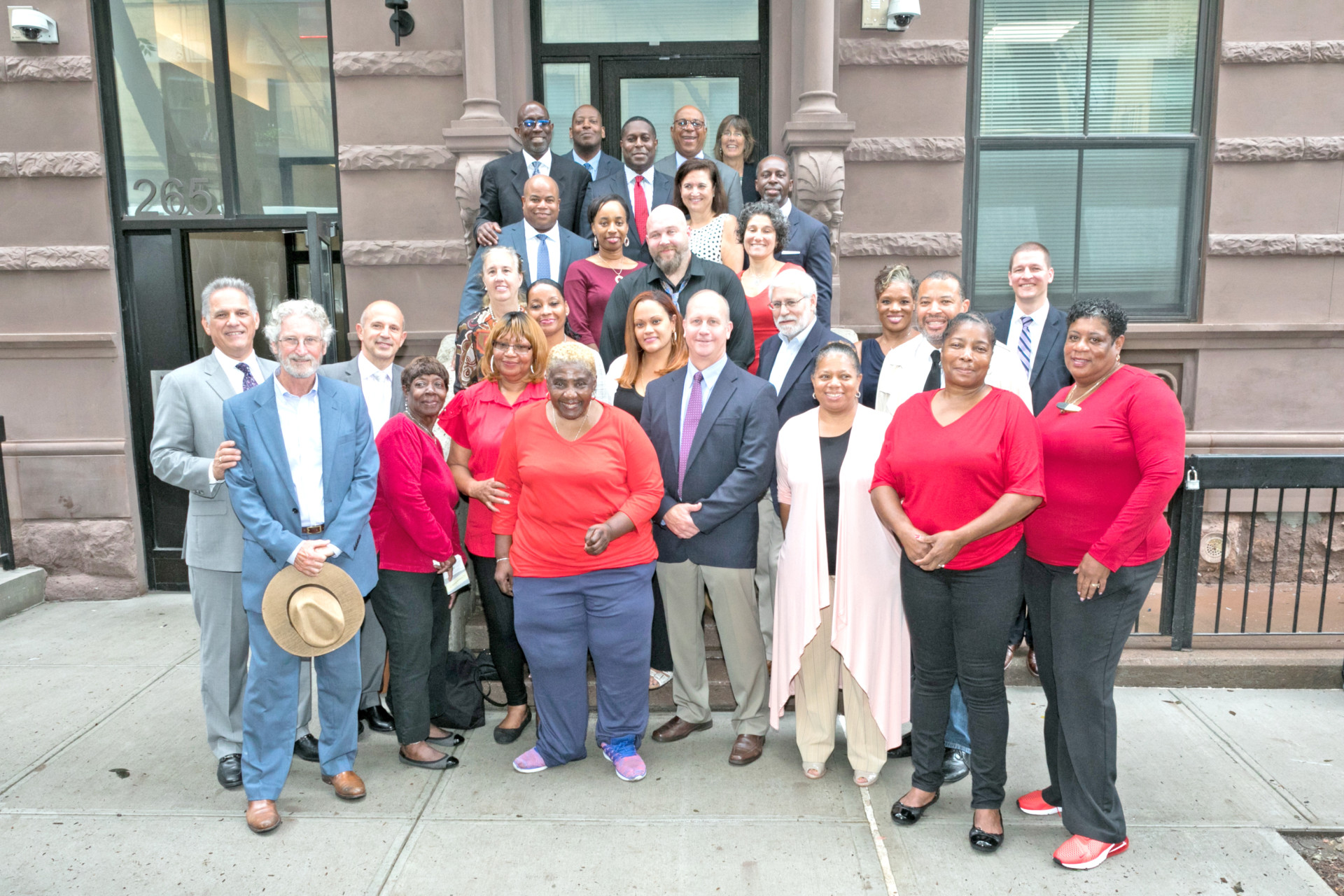 Decades of neglect came to an end last week whe the historic A. Philip Randolph Houses in Harlem reopened following a massive renovation.

Originally constructed in the 1890’s and acquired by NYCHA in the 1970’s, the 36 buildings have been historically preserved and converted into three buildings consisting of 283 public and affordable housing units.

Located on one of the last fully distressed blocks in Harlem at West 114th Street, the tenement becane so bad, residents were evacuated from the south side of the street in 2004.

The first phase of the renovation saw the gut rehabilitation of 22 previously vacant buildings located on the south side of the street, resulting in a combined total of 168 apartments — 147 units of public housing, 20 units of affordable housing, and one superintendent’s unit.

The second phase was recently completed and consisted of a gut renovation of the 14 buildings on the north side, resulting in an additional 114 units of affordable housing and one superintendent’s unit.
Renovations were extensive. The 36 five-story tenement buildings were reconfigured into three, wheelchair-accessible and energy efficient buildings.

Given the status of a National Historic District, along with an adjacent high school, by the National Parks Service in 2014, historic features such as the masonry facades, cornices, exterior walls, and interior circulation patterns were preserved.

The interiors were gut renovated and hazards such as asbestos were abated, with the new apartments featuring modern layouts, brand new kitchens and baths, and energy-efficient heating and cooling systems.

“Randolph Houses represents the best of what we can accomplish when the City’s housing agencies come together with our partners across the public and private sector to tackle the affordable housing crisis,” said HPD Commissioner Maria Torres-Springer.

Some 5,500 s/f of indoor community space, as well as 9,000 s/f f outdoor space, was created among all the buildings, including a library, computer rooms, additional community spaces, laundry rooms on every floor, play areas with equipment for young children, game and ping pong tables, tenant gardening areas and barbecues.

The Randolph Houses are named after A. (Asa) Philip Randolph. Born in 1889, he was the principal organizer of a number of key organizations during the civil rights movement including the Brotherhood of Sleeping Car Porters (BSCP), the League for Nonviolent Civil Disobedience Against Military Segregation, and the March on Washington Movement.

The BSCP was the first African-American union in the United States. Randolph received the Presidential Medal of Freedom by President Lyndon B. Johnson in 1964. He died in 1979 at the age of 90.