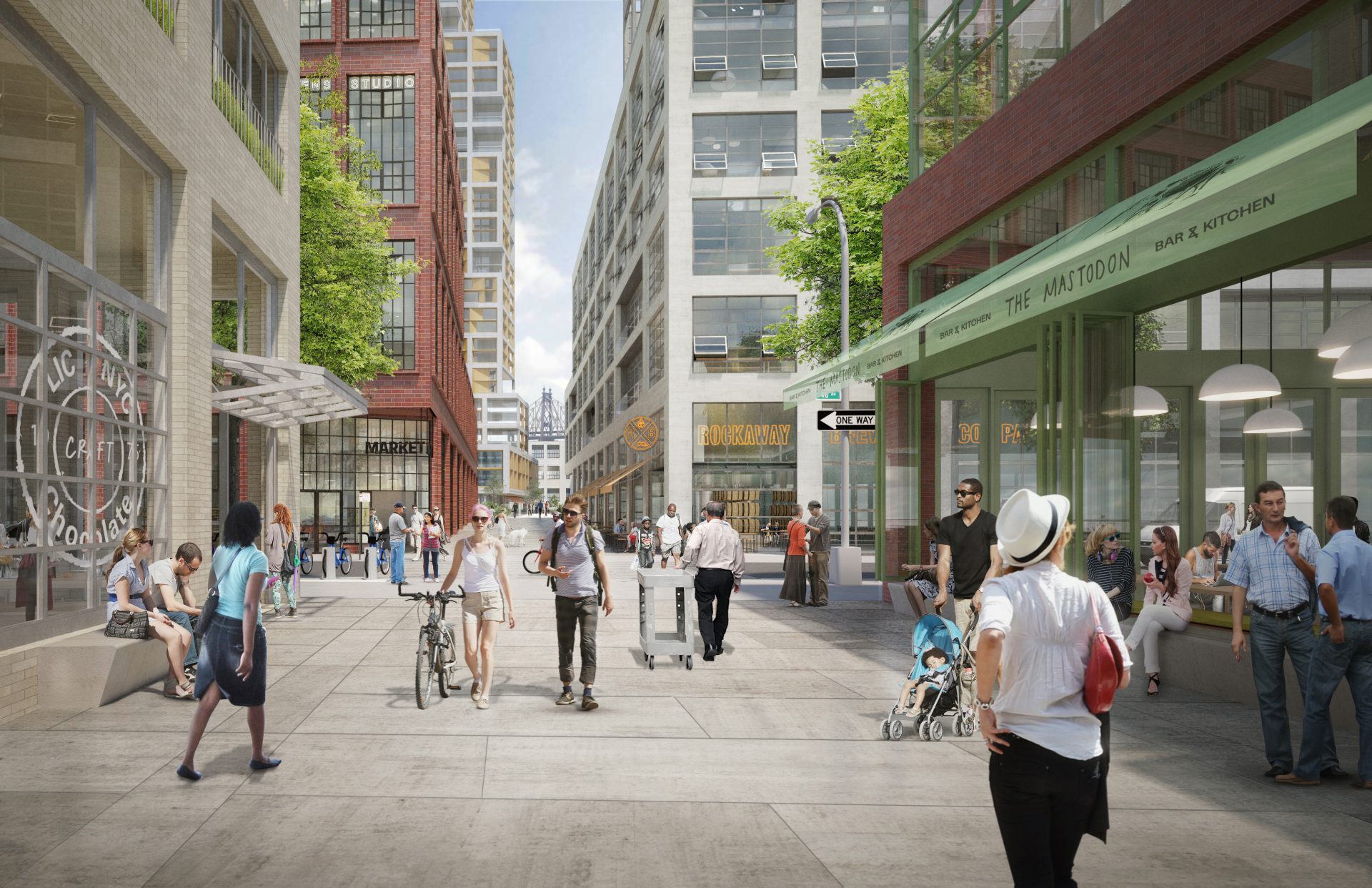 This month for The Nelson Report I wanted to explore the implications of the “Amazon Effect” and what exactly attracted the massive commerce company to pick Long Island City out of 238 other places to be the home of its second headquarters.

“When we read the RFP and saw what Amazon was looking for, we said immediately, ‘Wow.’ We checked all the boxes,” Lusskin said. She explained that Amazon was looking for a place that could supply and attract a wide range of talent from technology to laborers to accounting. “There’s no more rich talent pool than in the New York City area, let alone what we have in Long Island City,” Lusskin said. Long Island City is home to LaGuardia Community College, with 45,000 students, and Cornell Tech is just to the east on Roosevelt Island. You can also easily access most of the Ivy League from New York City.

Long Island City’s central location was also attractive to Amazon because it will allow employees to easily access all their other sites. It is 15 minutes to LaGuardia, 25 minutes to JFK, and has access to eight subway lines and the Long Island Rail Road.

In 2001, the City of New York decided to up zone the central business district (CBD) of Long Island City, which became the fourth CBD of New York City. The other CBDs are Midtown Manhattan, the Financial District and Downtown Brooklyn. Starting in 2008, the Long Island City CBD became a target for residential development due to tax incentives for building rental apartments.

“It really was clamoring for a big commercial tenant,” Brause explains. “For Amazon to pick New York City and specifically Long Island City—that’s exactly what the up zoning was meant to do.” Amazon will bring large-scale commercial development and most of this money will be as-of-right subsidies. By increasing commercial development, rather than residential, Long Island City will benefit from 25,000 to 40,000 jobs in a variety of sectors.

Lusskin explains that more commercial development, in addition to the already existing residential development in Long Island City, will bring in demand for amenities during the day and the evening, which will, in turn, enhance the retail environment of the CBD. She noted that it was important to Amazon during their search that they find a true live-work neighborhood.

Concerning infrastructure, Lusskin said the city announced $180 million of investment in some key areas such as the sewers, a new school and more open space. “The way I see it is now we have the biggest company in the world or almost the biggest company in the world as a partner in advocating for investments in the subway system, in the school system, in the streets of Long Island City…I think that’s a tremendous asset for all of us to get the kind of infrastructure we need.”

When asked about how Amazon was going to affect real estate values, Brause said that people are certainly buying condos with the intention of renting to Amazon employees. He estimates that 20,000 apartments are in the pipeline, but that they will be leased regardless of Amazon because Amazon employees will be coming over a 10 to 15-year time period.

“From our perspective, we feel the future is very, very bright. It is tilting the scales a little bit that the price of land is going past the point of where rental makes sense anymore. And the tax benefits have changed a little bit. So, I’m seeing a lot more condo development, you’re seeing all these massive 700 to 1,000-foot-tall buildings being built and they’re condo buildings,” said Brause.

“You’re actually going to see people making real, significant million-dollar investments in Long Island City and bigger apartments are going to be going up with these beautiful views. What does that mean? That means you’re going to be seeing families,” said Brause. He noted that he would like to see more children’s clothing and home goods stores in addition to bars and restaurants.

“A rising tide does lift all ships and with Long island City investment, I think the best is yet to come,” said Brause.