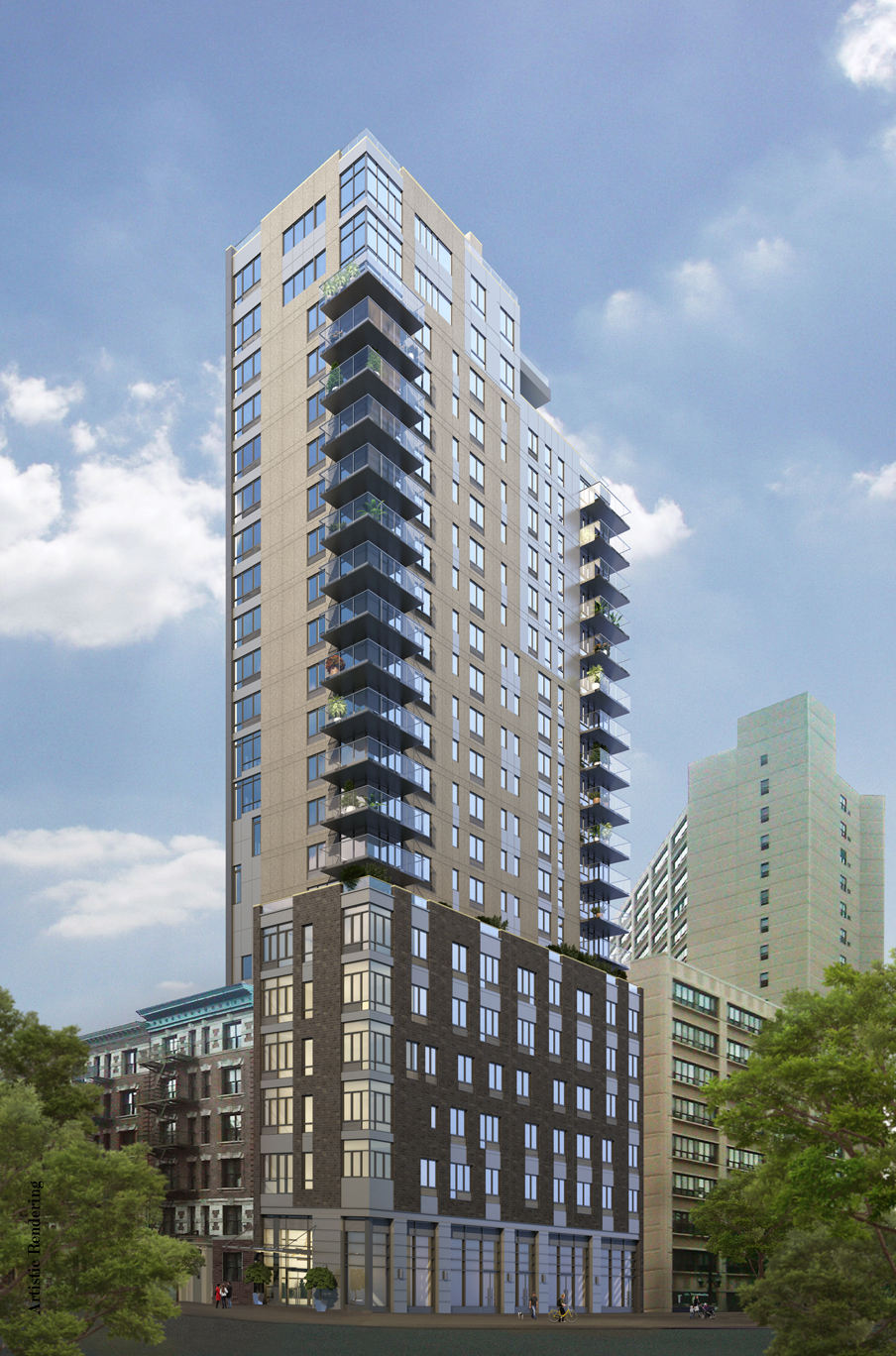 If you think park view is the non-plus-ultra in Manhattan’s luxury market, then how about a view of two parks?

Artimus Construction’s One Morningside Park faces its namesake green on one side, and is a block away from Central Park on the other. With the condo tower rising well above surrounding buildings, this makes for spectacular 360-degree views all the way to midtown.

“This is the only new building under development between two major New York City parks,” said Shlomi Reuveni, senior managing director and executive vice president of Brown Harris Stevens SELECT, who is marketing the building. “There is truly nothing quite like it on the market today.”

Buyers seem to agree. Five months after sales at the 22-story building at the corner of Manhattan Avenue and West 110th Street launched, it is already 60 percent sold.

The 54 one-, two- and three-bedroom residences range in size from 661 to 2,144 s/f and current prices from $925,000 to over $4 million — although the two penthouses haven’t hit the market yet. A three-bedroom apartment can be had for less than $2 million. “If you look at the market, our price point is extremely attractive,” Reuveni said.

A 20-year tax abatement should serve as another draw for bargain hunters. Reuveni explained that taxes are fixed at a low level for 12 years, before rising incrementally. By the 21st year, taxes will reach the building’s assessed number.

Designed by GF55 Partners, the tower at 321 West 110th Street is still a construction site. But it recently topped off, and is expected to be completed this spring.

Apartments at One Morningside Park are designed to make the most of its views. Living rooms have large corner windows, and many of the bathrooms get daylight, too. Most apartments sport a balcony or a terrace. For those who don’t, there is a common rooftop terrace with an outdoor kitchen.

For a building that’s all about views, potential neighboring projects are a big risk. But Reuveni insists that zoning prohibits any neighbors from building high.

The building’s location is not just a blessing for dog owners and nature aficionados. At the boundary between the Upper West Side and Morningside Heights, the tower is just blocks away from Columbia University. “The Columbia expansion is drawing people to the neighborhood,” said Reuveni, adding that he has sold a few apartments to students and faculty members.

The tower may be quite far uptown, but the subway stops on the same block, making for a swift commute to Midtown. The Columbia Greenmarket — Morningside Park’s farmers market — and Whole Foods are close, as are several restaurants and boutiques.

“To me, this neighborhood is an extension of the Upper West Side,” said Reuveni. “It’s an eclectic mix of young professionals and families.”

Although One Morningside Park has foreign buyers, Reuveni said the majority are locals and buying to live in the tower.

“It’s a mix of established Upper West Side residents who want to upgrade, and buyers from downtown who come here because of value,” he explained.

NEW DEVELOPMENT: 6 Courtlandt Alley; The Lara; The Leonard and more