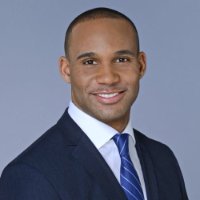 “Bret Lockett is ambitious, enterprising and driven to succeed in everything he does. I am proud to have him on board and to give him the opportunity to launch what is sure to be a banner real estate career with The Ariel Cohen Team,” said Ariel Cohen, founder of the Ariel Cohen Team and the top-producing  residential broker in Lower Manhattan.

Originally from California and a graduate of the University of California at Los Angeles (UCLA), Lockett made his mark academically and on the football field for the Bruins before moving on to play professionally for both the New England Patriots and the New York Jets, for which he most recently completed the 2013 season.

Lockett is also an accomplished businessman and philanthropist – he founded the Looking Forward Foundation, which provides opportunities for youth to excel academically and eventually build successful careers. He has also partnered with Mobli, a technology and social media company, and M2 Jets, a private aviation company who specializes in charters on a trip-by-trip basis.

“I am proud to be able to start my real estate career alongside Ariel Cohen and the rest of his team. I look forward to being a key asset in the expansion of the Ariel Cohen Team throughout Manhattan,” said Lockett, who joins the team as a licensed associate.

Lockett has already listed several homes, including a two-bedroom two-bath  at Downtown by Starck at 15 Broad Street  on the market for $1.75 million.