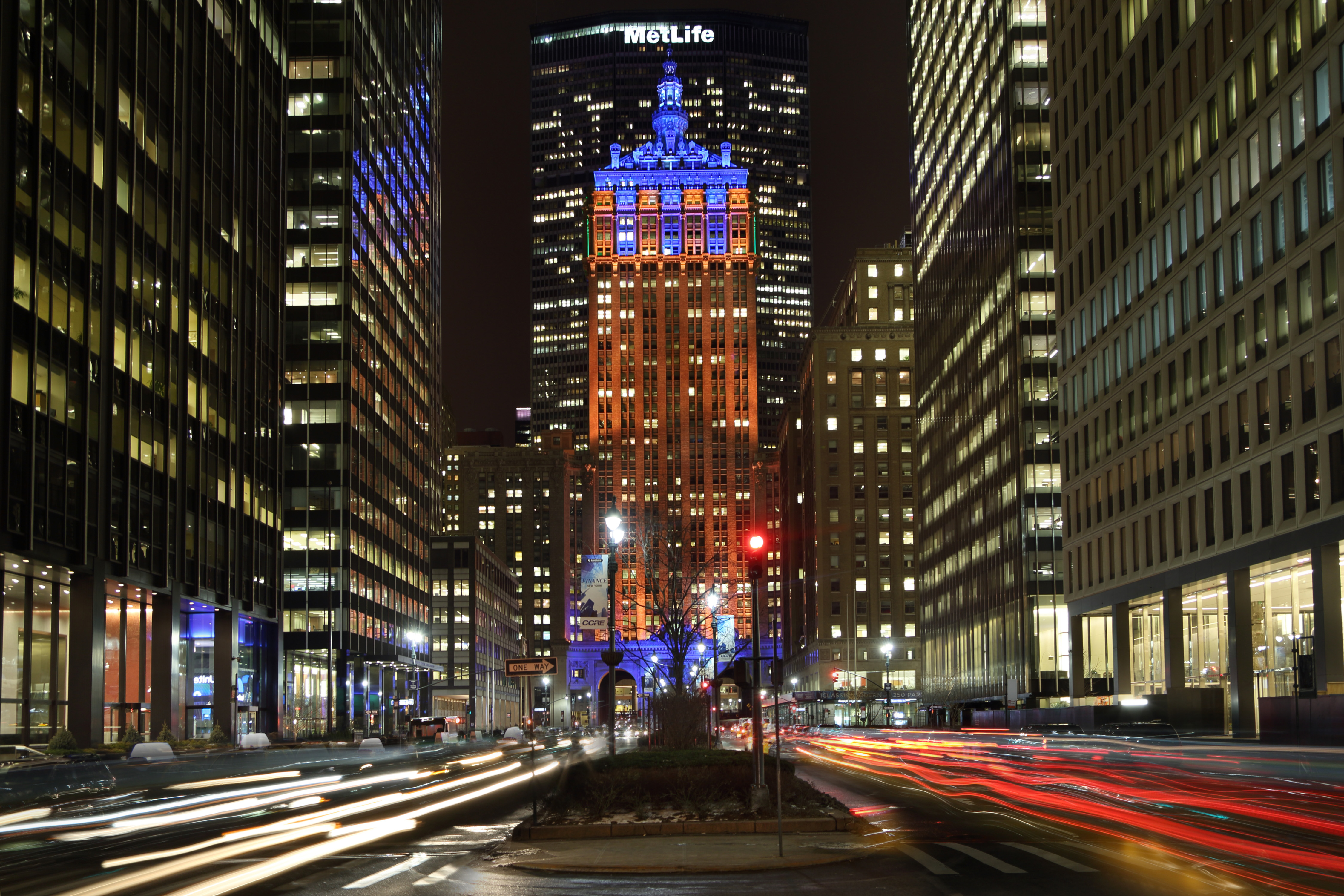 New York City’s real estate is set for its moment in the spotlight when the Super Bowl comes to town this weekend.

From the gleaming new 4 World Trade Center, which will be featured in a Bud Light television advertisement, to the iconic 230 Park Avenue which will stage a light show salute to the Seattle Seahawks and the Denver Broncos, the contenders for the Super Bowl XLVIII NFL football championship, the Big Apple is braced for a party.

Millions from around the country are expected to watch the game on television while just over 82,000 are expected at Metlife Stadium.

And while there will be plenty of armchair sports fans tuning in, few in the city’s real estate industry will be among the actual crowds.

Silverstein Properties president Larry Silverstein will be “in front of his television at home” for the big game, according to spokesman Bud Peronne, who added “though he is likely to be more interested in the commercials!”

A Bud Light ad featuring Arnold Schwarzenegger and Don Cheadle was filmed in the 72-story 4 WTC and will be featured as a backdrop in the two-part commercial.

Douglas Durst, chairman of the Durst Organization, will be watching from his home in Florida.

Matthew M. Baron, president of Simon Baron Development Group, said he’ll be watching the game with his family on the Upper West Side at Mel’s Burger Bar, and will be rooting for the Broncos.

Erin Bond, assistant dean of New York Law School, and the 2014 president of the Association of Real Estate Women AREW, is also rooting for the Broncos and will be watching the game at a friend’s apartment in Manhattan. “Too cold for the Meadowlands,” she said.

Barbara Armand, president of the construction management firm Armand Corporation and vice chairman of Professional Women in Construction, will be beachside in Key West, FL, with her husband Neil
Louisiana-born Armand would normally root for the New Orleans Saints but said she’ll be cheering for the Broncos on Sunday.

“I like Peyton Manning – he’s a great guy with a great personality. The Colts released him because of an injury, but I just want to see him have a great comeback and a victory,” said Barbara, who said that growing up with six brothers turned her into a football fan.

Monday Properties and Invesco, owners of the landmark 230 Park Avenue office tower, launched a week-long salute to the Seattle Seahawks and the Denver Broncos on Tuesday with a light show from the building’s golden cupola to its grand entrance at street level.
Anthony Westreich, CEO of Monday Properties, said that when the winner is decided, the building will be lit with only the winning team’s colors.