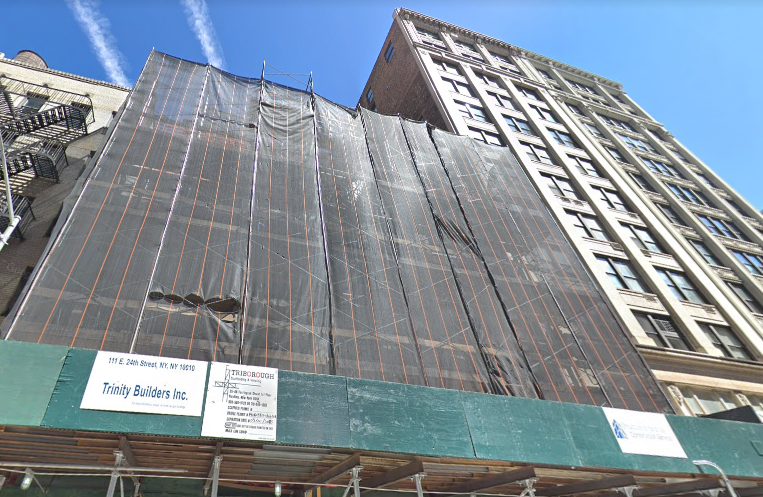 Police are investigating the death of a construction worker found unresponsive at the bottom of an elevator shaft Tuesday.

Jucong Wu, 33, of Brooklyn was working on the ninth floor of 111 East 24th Street, Sam Chang-owned building in the Flatiron District.

Emergency services were called to the site at 8:53 a.m. and pronounced Wu dead at the scene. The investigation is ongoing though a police source said it appears to be a job site accident.

According to a spokesperson for the Department of Buildings, the Wu was employed by U-Tek Elevator Inc., a firm that was installing an elevator car in the 12-story building, which is being converted to 130-room a hotel by Chang’s McSam Hotel Group.

Wu, however, was not tied to a fall-protection safety line, said the DOB.

A person who picked up the phone at McSam Hotel Group declined to comment.

The DOB said there were no open violations or complaints related to the project, but that enforcement actions would be taken once the department concludes its investigation.

The general contractor at the site is Trinity Builders, where an employee said the company could not yet comment on the situation. A person who picked up the phone at U-Tek also declined to comment.

According to DOB records, the site has had 37 complaints, although all except the ongoing investigation have been marked as resolved.

New City Councilwoman Carlina Rivera said she was “working with the FDNY, Department of Buildings, the Occupational Safety and Health Administration, the developer and all relevant agencies to determine the particulars of this incident.”