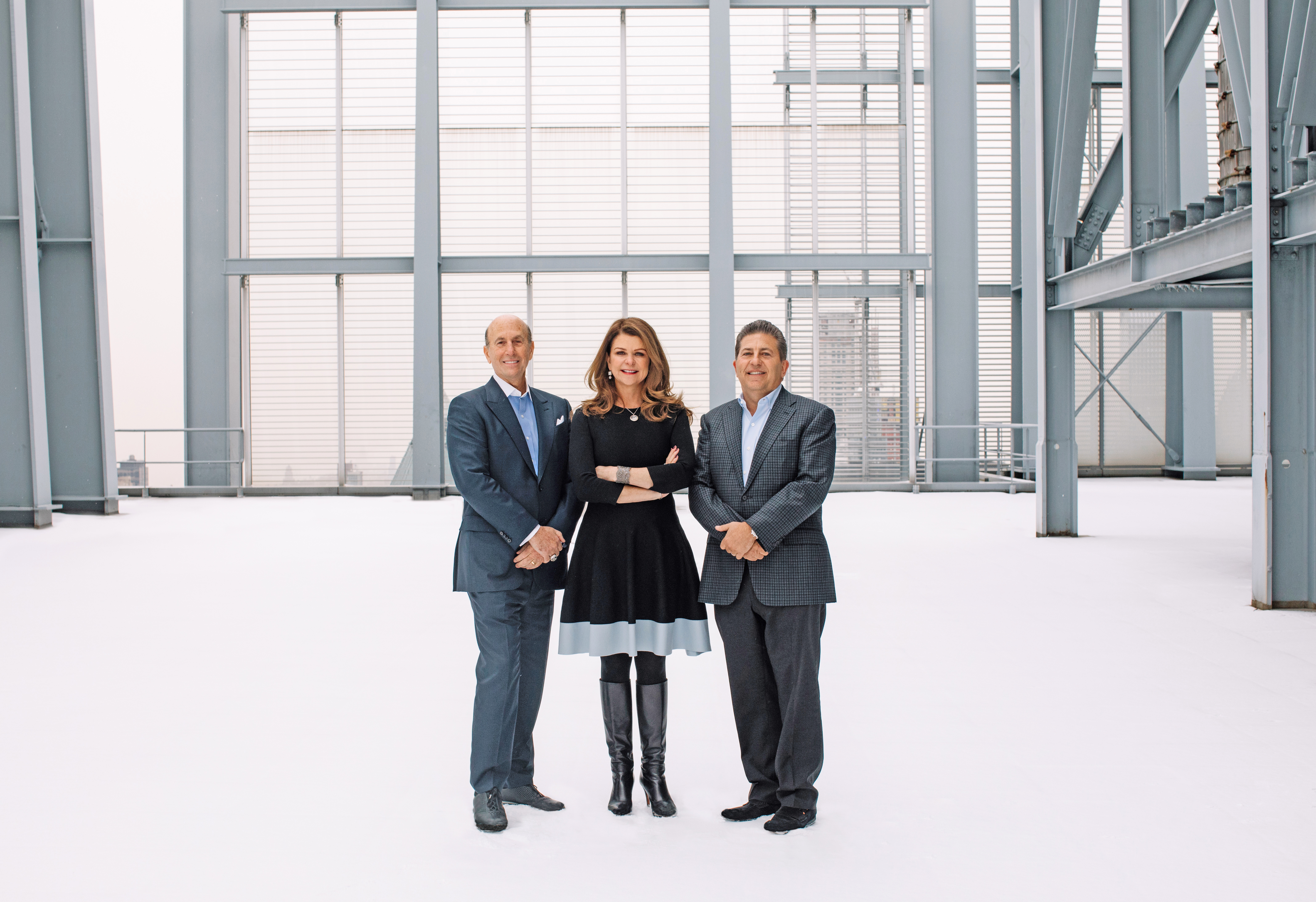 Fresh off announcing their new partnership, MaryAnne Gilmartin and Robert Lapidus are eager to make their next announcement: their first ground-up development in the city.

Gilmartin and Lapidus, along with his long-time L&L Holding Company partner David Levinson, have teamed up to create L&L MAG, a development firm that aims to specialize in visually striking buildings in a variety of asset classes.
“We’re ground-up office developers, we’ll be ground up multifamily developers, hospitality, mixed-use, we can do it all,” Gilmartin said. “So, it’s about finding the opportunities, the right sites, the right partners and land owners, with the right returns.”

Last week, Gilmartin stepped down from her role as president of Forest City New York, ending a 23-year tenure at the development-company-turned-REIT to pursue her own venture with Lapidus and Levinson, a move made, in part, because of the financial limitations she faced in her previous position.

“This is a high barrier to entry market … and these guys know how to raise the money,” she said. “I have been capital constrained for a very long time and with those headwinds I think to myself, what could I do with a tailwind?
“These are my tailwinds,” she added, gesturing to Lapidus. “So we’re really excited.”

During her time at Forest City, Gilmartin oversaw the development of innovative buildings such as the Barclays Center in Brooklyn and the Frank Gehry-designed, 8 Spruce Street in the Financial District, which was the tallest residential building in the Western Hemisphere when it was completed in 2011. She also helped spearhead the eight million s/f master plan for Pacific Park.

Meanwhile, L&L Holdings has spent the past 18 years compiling six million s/f of Class A commercial property, which it also operates. Its portfolio includes the former International Toy Center at 200 Fifth Avenue and AT&T’s one-time world headquarters at 195 Broadway, as well as yet-to-be-completed developments at 425 Park Avenue and 390 Madison Avenue.
“Dave and I built a great platform and now with MaryAnne as a partner in our future development business, we’re very excited,” Lapidus said. “Our business is all about people, it’s all about talent and you have an exceptional human being here who is exceptionally talented.”

Although the economic conditions are not ideal for an upstart company in the ground-up development game, with costs of land and labor on the rise and some of the city’s hottest neighborhoods dealing with oversupplies of office and multifamily rental space, Lapidus and Gilmartin believe they have a business model that will thrive in all markets and the resources to execute it.

L&L MAG will add value to its projects by crafting “iconic” architecture, something Lapidus said will insulate the company from external fluctuations.

“You don’t want to be in the commodity business,” he said. “If you build the best product, in good markets you’re getting the highest rent, in bad markets you’re going to get the only tenant, so it really is an intelligent combination, combining vision and prudent financial responsibility.”

Gilmartin said L&L’s commitment to quality and willingness to collaborate have made the transition easier for her and her team. Also, she said she relishes the opportunities provided by the current market because she has no interest in hunting for “one-hit wonders.”

“We’re building through markets, not into any one market,” she said. “I happen to like a little correction in the market, all the delusion starts to settle down. When the run is good, it’s exuberant and it’s great, but when the market corrects or there’s a downturn, it’s chock-full of opportunity. You just need to know where to find it, so we’re in it for the long-term.”

The Shephard offering luxe space in the cozy West Village