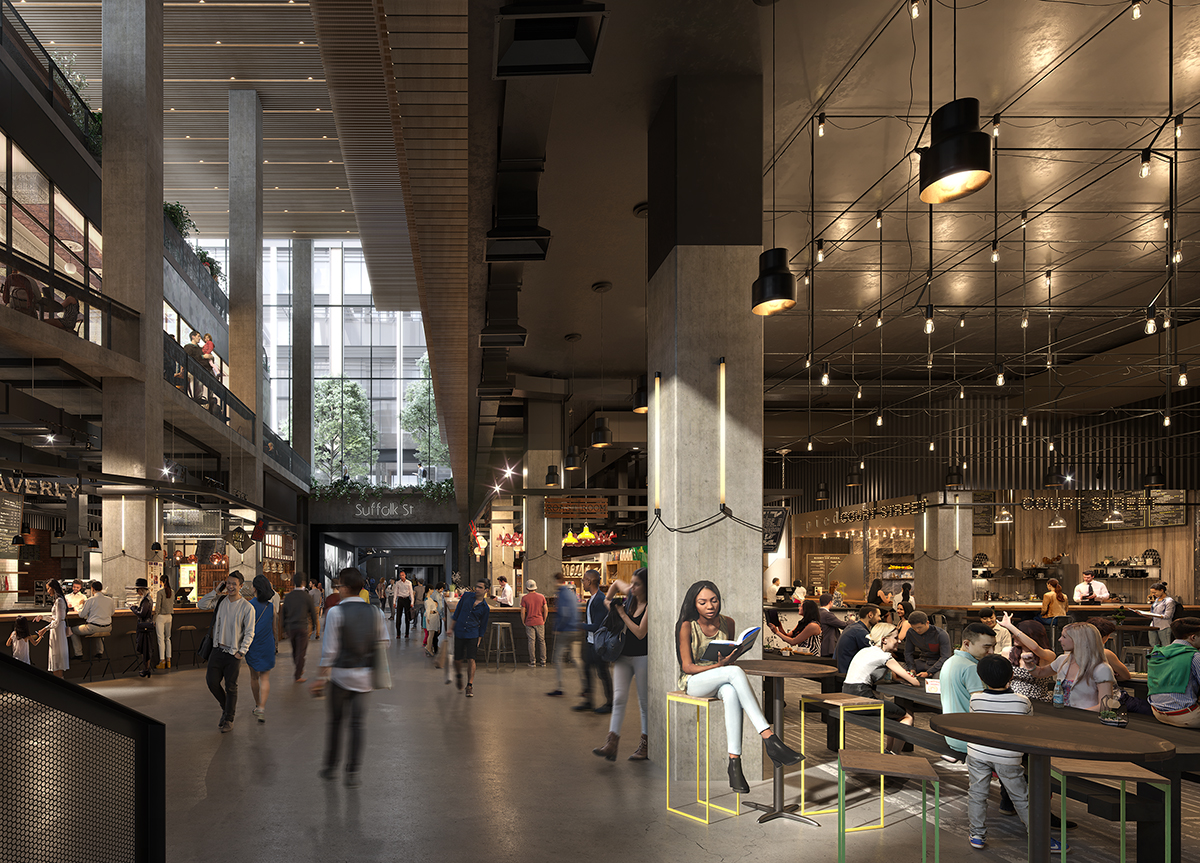 Delancey Street Associates (DSA) today unveiled the first round of vendors joining The Market Line, an expansive, bazaar-like marketplace running three city blocks along Broome Street as part of the Essex Crossing project on the Lower East Side.

The Market Line will bring together an eclectic mix of more than 100 locally sourced food, art, music and fashion vendors that reflect the character and culture of the LES. It will also complement the adjoining new home for the 77-year-old Essex Street Market, all of whose current vendors will move into its state-of-the-art space later this year. When complete, the 150,000-square foot Market Line will not only be the largest market in New York City, it will be one of the largest in the world, putting this modern interpretation on par in size and scope with Barcelona’s La Boqueria and London’s Borough Market.

The first nine vendors represent a stellar cross-section of NYC establishments, reflecting a mix of NYC institutions and emerging businesses opening their first or second locations. Their origins are emblematic of the Lower East Side’s immigrant heritage, from the first downtown outpost of a century-old German grocer to an offering from Chinatown’s oldest tea parlor to a beloved authentic Mexican tortillería.

Rohan Mehra, a Principal at the Prusik Group, which is spearheading the Market Line and the other retail components of Essex Crossing, says: “The Lower East Side has always been at the epicenter of the City’s diverse immigrant food culture, and it’s our goal to create a market reflective of this and worthy of New York’s reputation as one of the world’s greatest cities. We want the Market Line to be the everyday food-shopping destination for this incredible community. At the same time, the market format will provide an ideal opportunity for small local businesses to grow.”

Tom Birchard, the owner of Veselka, said, “When I first came to Veselka in 1966, the term ‘East Village’ was not known. We were considered to be part of the Lower East Side, the historical home to many recent immigrant groups including Jews, Poles, Ukrainians, Russians and later Puerto Ricans. Opening a second location in the heart of the Lower East Side is exciting for us for several reasons: We are looking forward to being in the epicenter of immigrant culture and history, a space with other long standing New York culinary institutions and the next incarnation of the ever-changing Lower East Side culture.”

While the first phase of the Market Line will offer the best in fresh foods and ethnic specialties, one third of the space will be devoted to the local arts, including gallery and performance space. DSA is also working with LES street artists to facilitate large-scale installations within the Market Line and at several exterior locations. Floating above the Market Line will be two indoor parks creating an environment where visitors will not only shop and eat, but spend the day.

The first phase of the 700-foot-long Market Line will open later this year, as will the new Essex Street Market (The original ‪Essex Street Market — whose vendors include Formaggio Kitchen, Luis Meat Market, Saxelby Cheese, Viva Fruits & Vegetables and the fabled restaurant Shopsin’s General Store — remains open for business in the interim.)  Both will be housed in the first and cellar levels of 115 Delancey Street (also known as Essex Crossing Site 2), a 25-story mixed-income residential building at Essex and Delancey streets. Together, the first phase of The Market Line and the new Essex Street Market will comprise over 70 vendors. The Market Line space was designed by SHoP architects and the base building designed by Handel Architects.

IN PICTURES: City of Tomorrow conference at 92Y