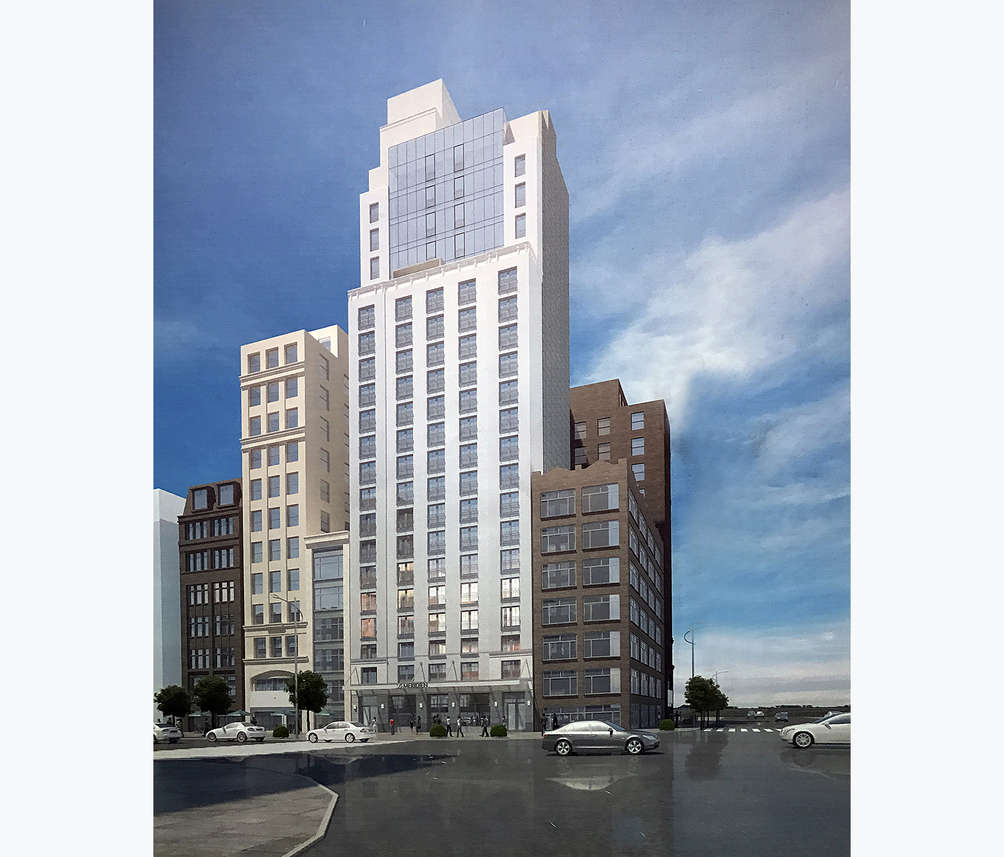 The Mcsam hotel group secured $76 million in construction funding to build a 21-story boutique hotel at 292 Fifth Avenue in NoMad.

The financing, provided by S3 Capital Partners, will go towards the completion of the 87,000 s/f Gene Kaufman-designed hotel (rendering top) which will contain 180 rooms, including 11,500 s/f of extended stay rooms on the upper floors.

Sam Chang purchased the property for $42.5 million in 2016 from Richard Born who owns nearly 30 hotels in New York City.

Lawyers from Cole Schotz represented Mcsam in the loan negotiations. The company said the new hotel will be “anchored by an upscale unique hotel brand.”

Mcsam is one of the largest hotel groups in New York City, and has completed 25 hotels since it was founded in 2001.

Apollo signs off on $187M construction finance for 799 Broadway

71 Fifth owners get ready for next phase of investment