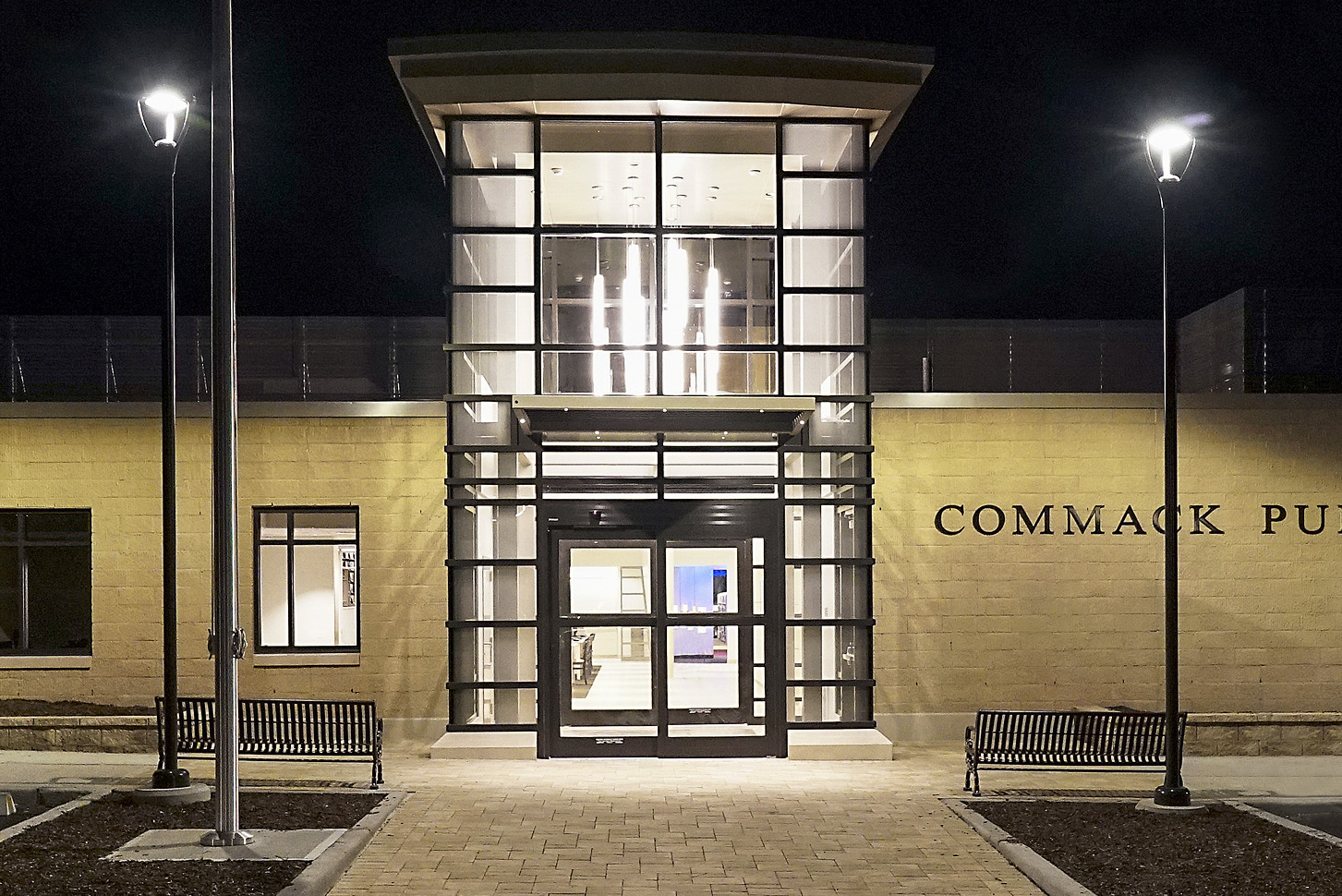 The building has not undergone any significant upgrades since it was originally built in 1976. The renovation was financed through a voter-approved $7.8 million bond issue, with additional funding of $500,000 from the library’s capital improvement fund.

“Public libraries nationwide have undergone a dramatic functional change in recent years, transforming from what was once a simple depository of books into a multi-faceted community center that provides support and programs for all generations. Our beautiful redeveloped library will accommodate the needs of all members of the local community, from babies to seniors. I would like to thank the Commack Library District residents for their support for the renovation and the project team of Stalco Construction and Beatty Harvey Coco Architects for the amazing work they have done,” said Commack Public Library’s Director, Laurie Rosenthal.

According to Stalco President, Alan Nahmias, “We created a modern, 23,000-square foot library that will serve its nearly 15,000 patrons for decades to come. The updated and reconfigured space will support the educational, research, technological, recreational, and entertainment needs of the community.” In addition, Stalco has significantly improved the building’s energy efficiency and brought it up to code, making all areas accessible to handicapped patrons.

The rebuilt library features a large children’s room and dedicated areas for senior citizens. A large, dividable community room and meeting room space was fit out to be used for the library’s multitude of community programs. There is additional space for public seating and leisure reading, and quiet rooms for individual and group study.

ON THE SCENE: This week’s $1-$10M sales and exclusives