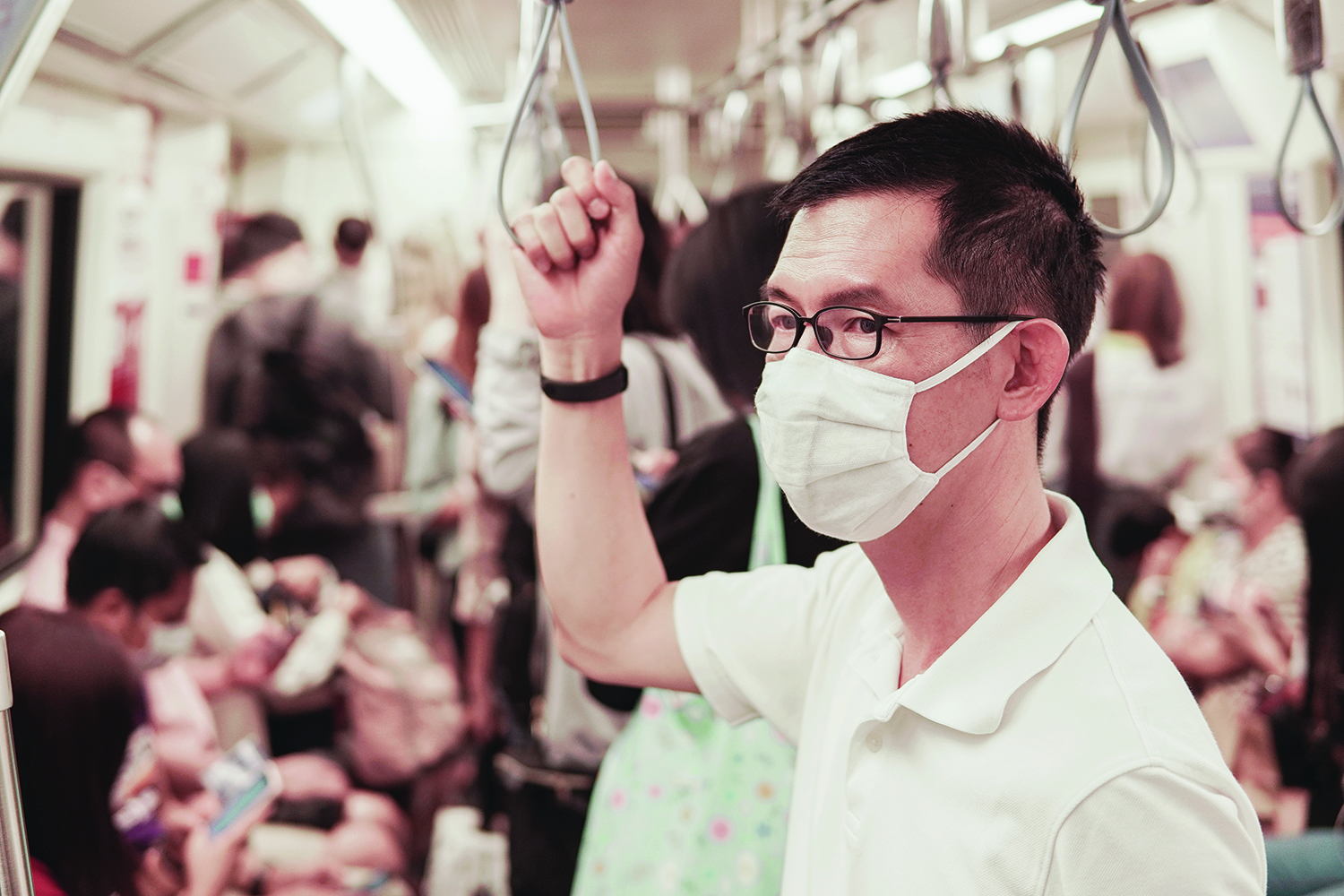 Keep calm and carry on. That’s the message from real estate industry organizations as the nation braces for a spread of the coronavirus.

As the US death toll hit six on Tuesday, and with two confirmed cases in New York City, attorney Steve Sladkus advised landlords to err on the side of caution.

“People have to be smart about giving opinions unless you’re an expert in the field,” said Sladkus, partner at Schwartz Sladkus Reich Greenberg Atlas.

“It could backfire or cause more hysteria like, ‘Why are they telling us this? What do they know?’ If you give advice, what if it’s wrong? We live in a litigious society and somebody might try to capitalize on that even though you’re just trying to do the right thing.”

Concerns over the illness are already being felt on the ground with Wall Street during its worst day since 2008 last Friday and businesses in New York’s Chinese enclaves reporting huge drops in income.

The Associated General Contractors of America warned on Monday that the virus could impact deliveries of construction materials, many of which are sourced from China and other countries where production and transportation have been disrupted.

“While overall economic conditions remain favorable,” said Ken Simonson, the association’s chief economist, “future construction spending levels may be affected by the growing uncertainties related to the coronavirus and its impact on the supply chain for construction components, especially those manufactured in hard-hit countries.”

Noting there has not been any serious disruption to the market to date, Simonson added, “At this point my only advice would be that contractors keep in close touch with all of their vendors and suppliers and identify possible alternative sources.

“I would not necessarily recommend stockpiling or moving up purchase dates since that can cause cash flow problems, storage issues, and potentially trigger panic buying that creates shortages where none would exist otherwise.”

The AGC said a dip in short-term demand for construction could be tempered by elected officials pushing for continued investment in infrastructure and public works.

Meanwhile, at least one major flex office provider in New York could see a financial benefit from the outbreak.

Bryan Murphy, CEO of Breather, a flex space provider of private offices with 500 locations, 170 of which are in Manhattan, said his company is fielding inquiries from traditional co-working tenants concerned about who they are sharing an office with.

Murphy said he has yet to notice whether more of his tenants are working remotely, but the firm has seen a 30 percent uptick in outreach from tenants of more traditional co-working spaces inquiring about Breather’s private offices.

“On co-working floors, you don’t know where those people have been,” Murphy said.
To assuage any resident concerns about their environment, he said Breather has tightened its cleaning routine to adhere to recommendations made by the Center for Disease Control.

In terms of what landlord obligations are for tenants during this time, Sladkus said he can’t imagine any situation where a landlord would be required to do anything special to prevent the spread of known diseases other than keeping their buildings clean.

But in the spirit of being neighborly, the attorney said there are little things owners can do to make residents comfortable during a troubling time like putting Purell or disinfectant wipes in common areas.

“It’s a nice thing for landlords to do to promote a safe environment to a certain extent,” said Sladkus.

While he also recommends that owners be communicative with residents, he cautions against going as far as providing memos with every last update issued by the Center for Disease Control or offering advice on preventing the spreading of the virus.

As for what landlords can do about building residents who’ve already been “preparing for Armageddon” by ordering multiple cases of water, canned soup and toilet paper, Sladkus suggests it might be every landlord for him or herself.

Even prior to the outbreak of the virus, building employees have found themselves overwhelmed by the volume of e-commerce deliveries. As coronavirus fears grow, so too will the sales of online disaster supplies and other items, at least in the short-term, Sladkus predicts.

“It’s definitely going to cause a logjam of packages,” he said.

“Can real estate become a casualty of a virus? Sure,” she said. “The health of real estate is related to the health of the New York City economy and consumerism and tourism and human habit.

“This is an immediate guttural reaction to the lack of knowing and people get scared in the face of the unknown. It’s called the novel coronavirus for a reason.”

But, she added, “New Yorkers also have a short memory. We react strongly in the beginning and as we begin to understand what our options are — and there are options for minimizing exposure — we move on. How quickly we will get to the point is obviously hard to tell.”

On Tuesday, Governor Andrew Cuomo announced that he signed a $40 million emergency management authorization to pay for the state to hire additional staff and buy any necessary equipment to respond to the coronavirus outbreak.

He also said he would amend his paid sick leave budget proposal so people who need to stay home because they’re being isolated or quarantined for medical reasons can’t be fired.