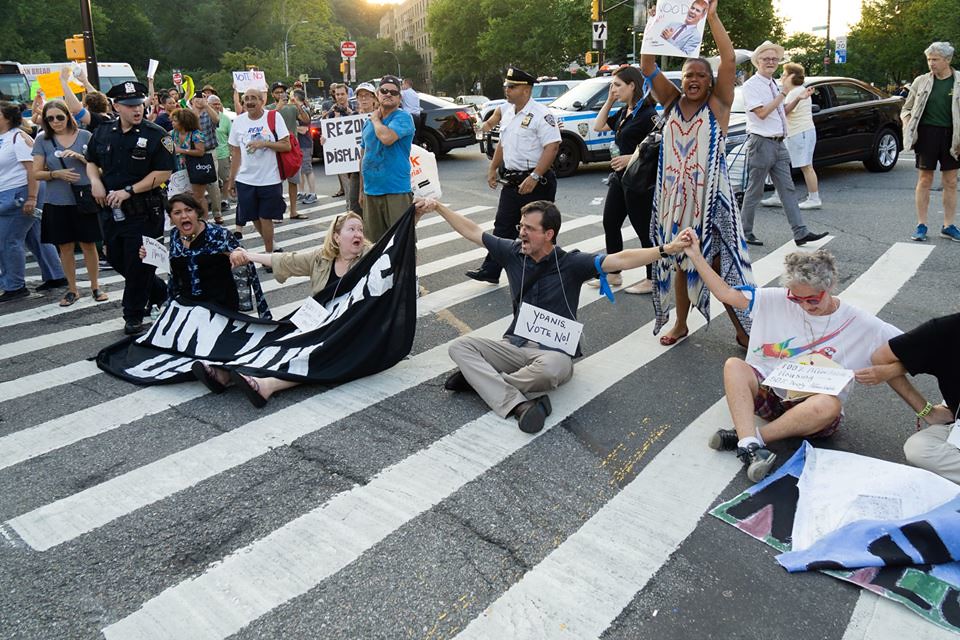 Growth will create the housing necessary to accommodate an increasing population and help address our affordable housing crisis.

While addressing the equilibrium between supply and demand is not the only requirement for solving the City’s affordable housing crisis, it is a critical component.

That is why it is troubling to see a flurry of recent political and legal decisions threatening to stifle the creation of new housing units and thousands of well-paying jobs.

The irony is not lost that these decisions are all taking place in Manhattan and neighborhoods well served by mass transit.

The decisions are each connected by a theme of regrettable hyper local concerns and anti-development fervor taking priority over citywide policy goals.

Last month, a judge struck down a rezoning in Inwood on the grounds that the City did not properly execute an environmental review. The rezoning would have created 1,600 new units of affordable housing while generating $200 million in public spending for Manhattan’s northernmost neighborhood.

The highly unusual ruling, which is being challenged by an appeal, was unfortunately just the start of a trend for similar projects and proposals.

More recently, an extraordinary court order could require 20 floors of an Upper West Side condo building at 200 Amsterdam Avenue to be deconstructed.

A judge ruled that the property’s building permit had to be revoked after an exhaustive two-year approval by two city agencies and the 52-stories were already nearly completed.

If a specious lawsuit can reverse an almost finished project, developers and lenders will lose faith that the City’s as of right regulatory framework can actually be trusted.

Last week brought a City Council vote on the development of Lenox Terrace in Central Harlem.

A proposal to rezone the site to allow five 28-story buildings at the complex would have created retail space and 1,600 new apartments, 400 of which were below-market units. If built, the project would have created hundreds of jobs and provided new homes for thousands of families — but it was unanimously rejected by the Council’s subcommittee.

Last week also brought another judicial decision related to the creation of new housing units in Manhattan Community Board 3 in the Two Bridges area.

A State Supreme Court Judge nullified an approval granted by the City Planning Commission to allow the construction of 3,000 apartments, 700 of which were to be affordable.

The judge argued that the project, which was planned under as-of-right zoning rules and completed a joint environmental impact statement subject to public review and a public hearing, needed more thorough public review.

This ruling would be worrisome on its own but is even more distressing given the broader context.

Taken together, the harmful impacts of these decisions add up quickly.

1,275 affordable new apartments will not be built in the borough with the best transit access. The lives of 1,275 families could have been improved immeasurably had they had an opportunity to live in one of these three amazing Manhattan neighborhoods.

The Inwood rezoning alone would have preserved and created 4,000 affordable apartments. The Two Bridges proposal came with $12.5 million in improvements for the nearby NYCHA Campus, and a new handicap accessible subway station. Not to mention all the forgone economic activity lost to area restaurants where construction workers could have spent wages on breakfasts and lunches.

The fact is, in New York City tall buildings near mass transit are needed to create new housing.

In 2017, buildings taller than 13 stories accounted for five percent of new buildings, but almost half of new housing units. Density near transit is rational land use planning — these recent judicial and legislative decisions are not.

This anti-development trend is taking New York City in the wrong direction. It is costing New Yorkers thousands of new housing opportunities that they need and deserve.

Construction workers now have fewer projects to build. Our housing shortage will get worse as supply continues to fall short of increasing demand.

If the trend is not reversed, we will fall far short of the progressive City we all seek to foster.