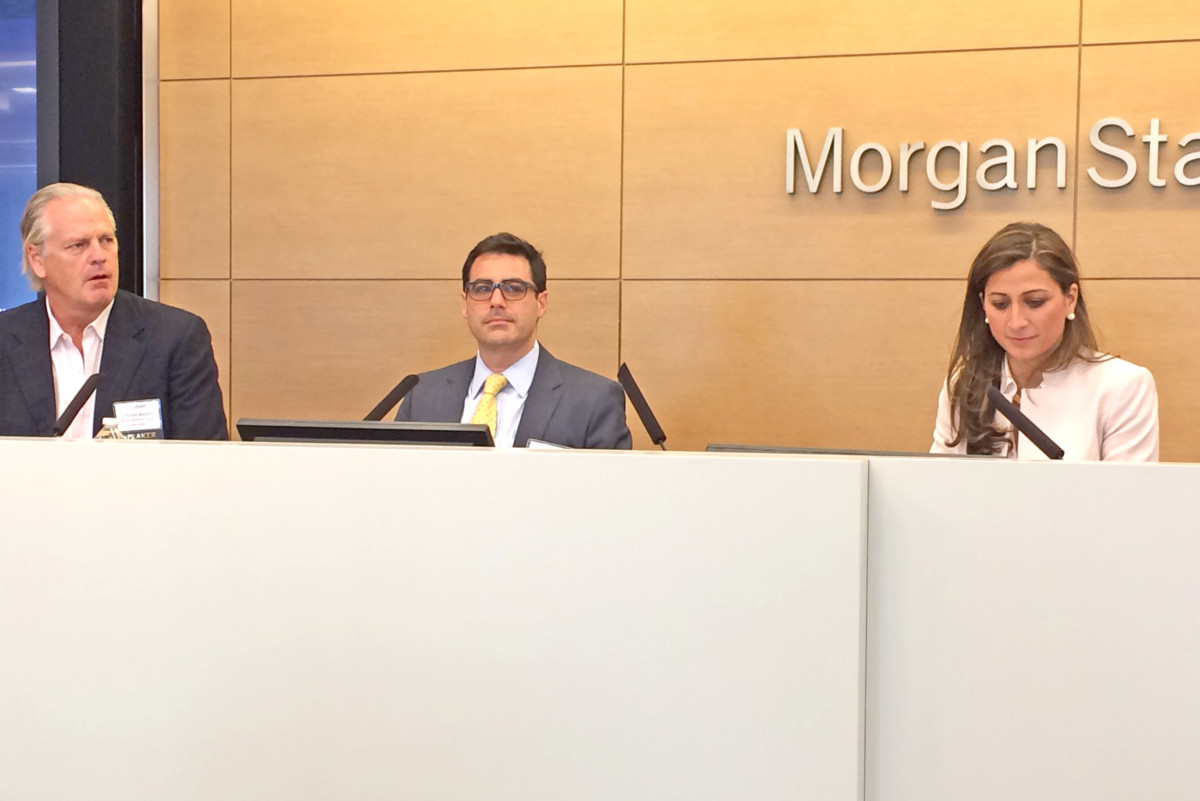 People often ask industry leaders: “What keeps you up at night?” The answer from those in real estate may very well be “infrastructure.”

Daniel Rose, chairman of Rose Associates, Inc., has decried the “pot-holed roadways, structurally unsound bridges and over-crowded air flights,” that are “facts of life throughout the United States today.”

It was not surprising, therefore, that CollabNet’s subsequent event, “The U.S. Infrastructure Marketplace,” attracted a capacity crowd of real estate executives (including Mr. Rose).

Investments in infrastructure over the centuries led to New York’s City’s status as the nation’s most prosperous city, he pointed out.

But infrastructure — both within NYC and throughout the U.S. — is in grave need of upgrades.
Patchett reported that the nation’s infrastructure received a D-plus rating from the American Society of Civil Engineers (ASCE). And the costs for upgrades are daunting.

Patchett pointed to the estimates by ASCE that the government needs to spend $3.6 trillion by 2020 “just to keep our existing infrastructure at the status quo.”

As for the local outlook, Patchett provided an estimate of $47 billion to “keep New York City’s existing infrastructure in a state of good repair.”

Although the DiBlasio administration has made historic levels of investment in the city’s infrastructure, there is much more to do, said Patchett. “There will just not ever be enough funding. So we have to be creative.”

And that’s where public-private partnerships (PPPs) can come to the rescue.

With LinkNYC, the city government worked with the private sector to provide high-speed broadband access in kiosks (where payphones once stood) all over the city.

The city contributed a grand total of $0 to the initiative, but will receive half a billion dollars in revenue from it over the next 12 years.

In the case of Hudson Yards, the city’s creation of 18 million square feet of commercial and residential space effectively subsidized the extension of the 7 line to the Far West Side.

Today, Patchett noted, the area is generating more than enough tax revenue to pay off the bonds used to pay for the extension.

The effort to save Pier 40 in Hudson River Park involved the sale of air rights across from the dilapidated structure for $100 million. The purchaser will build a large complex along the West Side Highway — a complex comprising more than 1,500 market-rate and affordable apartments.

As a result, said Patchett, “We’ve got two great things: much needed affordable housing in the West Village, and $100 million to keep our critical infrastructure at Pier 40 from falling into the river,” without a dime from taxpayers.

Given the success of these endeavors and other PPPs, the NYCEDC is exploring other opportunities for redevelopment.

Sunnyside Yards in Queens, the subject of a recent feasibility study, is one possibility.

Mark Pearlman, co-founder of CollabNet, moderated a panel discussion with two of the experts who spearheaded the study: Dan Kaplan, senior partner of FXFOWLE, and David Smith, designer at WSP.

The study, said Smith, assessed the prospects for building a major new development over the 180-acre yards while keeping them operational. Kaplan reported that the study identified “multiple scenarios of use.”

Morley and Blum see a wealth of opportunities for the private sector to invest in infrastructure. “The returns are actually quite attractive,” noted Morley.

NYC’s government fits the bill, in Blum’s eyes: “It’s very good to hear what New York City is looking to do. Perhaps that can be an example for other U.S. counties and cities across the country.”

Patchett takes a similar view: “As a city, we will continue to be creative as we seek to fulfill our infrastructure needs,” he stated. “And as a country, we have to do the same … our economy depends on it.”

The next CollabNet event, on November 15, features keynote speaker Francis Greenburger, the chairman and CEO of Time Equities Inc. He will be discussing “The Art of the Contrarian.”

How far should you live from work?