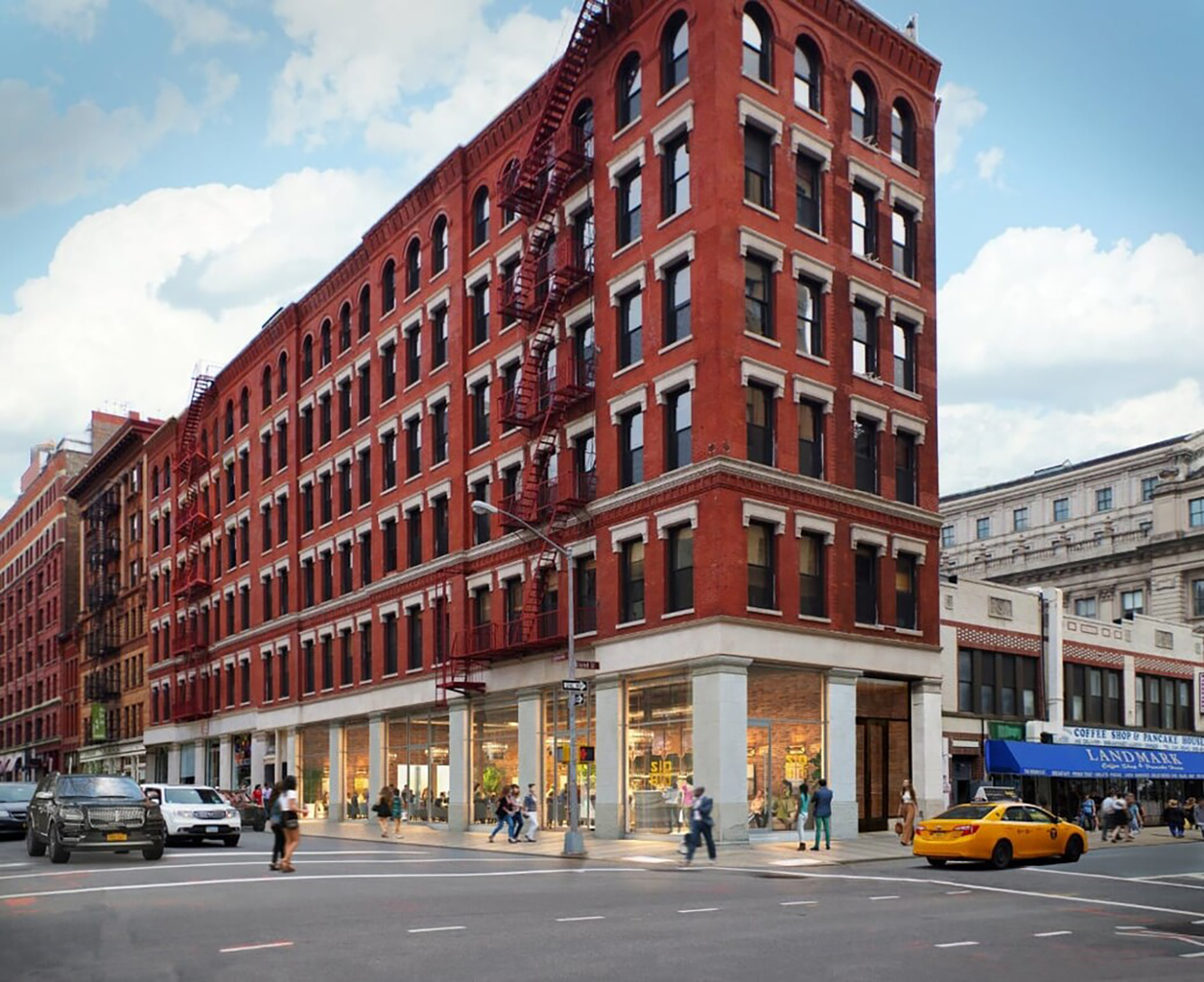 A trio of tech-forward fashion companies will open flagship offices at the property, which was renovated by Eretz Group following the departure of WeWork, the multi-billion-dollar co-working firm that was born in a corner office of the building back in 2010.

“With the innate charm of a Soho loft, a full 180 ft. of Lafayette frontage and a new city park on the doorstep, 177 Lafayette checks all the boxes for tenants seeking to get employees back in the office,” said Orban. “With exciting plans for future growth, Rodd & Gunn, La Ligne and NOWwith have planted a flag in this timelessly hip, amenity-rich neighborhood with convenient transportation and a pulse of innovation.”

Located on the northeast corner of Lafayette and Grand Streets opposite the new Rapkin-Gayle Plaza, 177 Lafayette St. is minutes from the Spring Street subway station, Bowery/Prince bus station and several Citi Bike stations. It is surrounded by some of the city’s best shopping and dining and enjoys a vibrant arts and entertainment scene.

“We are simply delighted to welcome our first round of new tenants to 177 Lafayette,” said Nicholas Mok of Eretz Group. “While the location speaks for itself, our recent renovations and pre-built designs were essential in attracting high-caliber tenants seeking something more than mundane office space – even more so as they look to attract and retain exceptional talent.”

According to JLL’s 2Q Office Leasing report, Soho is the third healthiest office market in the city, behind Hudson Yards and Midtown. Average asking rents stood at $74.26 in the second quarter as the neighborhood enjoyed a surge in leasing activity from business in the cryptocurrency, fintech, advertising, media and big tech took space.