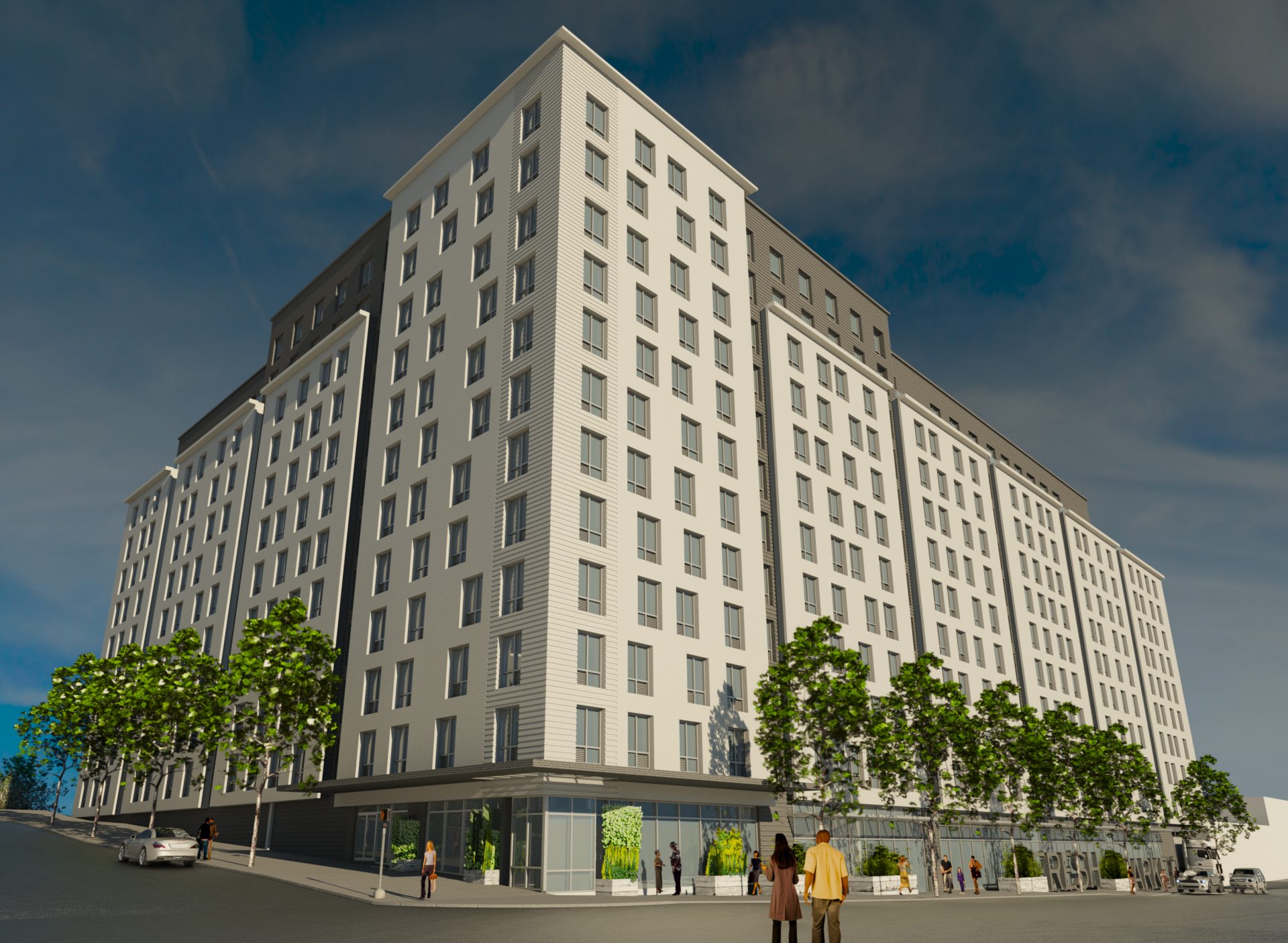 Douglaston Development has closed on a $60 million financing package to start building the first phase of a mixed-use development on land it has leased from the New York Botanical Garden in the Bronx.

Douglaston executed a 99-year ground lease with NYBG last spring for a two-building, more than 450-unit development along the Webster Avenue corridor, a block from NYBG’s 250-acre grounds.

The funding will finance the first of a two-phase project slated to begin in the spring of 2021 at 2856 Webster Avenue. It will include 188-units of affordable senior housing and a new supermarket on the ground floor that will offer healthy, affordable food.

The city’s Housing Preservation and Development (HPD) provided a $12.8 million subsidy and the package includes a $6.8 million deferred developer fee and approximately $1.6 million in interest accrued from subsidy programs. Wells Fargo is the tax credit syndicator and provided a letter of credit for the project.

The $93.5 million project also benefited from NYC DCP’s FRESH (Food Retail Expansion to Support Health) Program, which provides zoning and tax benefits for the creation or renovation of supermarkets that agree to operate as certified FRESH food stores in applicable districts throughout New York City.

In addition to housing for low-income seniors, on-site social services will be provided through the Fordham Bedford Community Services to children and families within the Northwest Bronx and the surrounding communities.

The development is part of Governor Andrew Cuomo’s $20 billion, five-year Housing and Homelessness Plan to build or preserve more than 100,000 affordable homes and 6,000 with supportive services.

The project will also aid Mayor de Blasio in meeting his commitment to create or preserve 300,000 affordable homes in his Housing New York: A Five-Borough, Ten-Year Plan and updated Housing New York 2.0 plan.

Jeffrey E. Levine, founder and chairman of Douglaston Development, said, “We’re proud to take part in an exemplary project involving both city and state entities banding together to bring much-needed affordable senior housing to fruition within the Bronx community. We look forward to our continued partnership with The New York Botanical Garden as the project moves into its next phase of development and breaks ground in the coming months.”

Aaron Bouska, Vice President for Government and Community Relations at NYBG, said, “The New York Botanical Garden applauds New York State’s and New York City’s commitments to an affordable mixed-use, intergenerational project in our neighborhood, which NYBG has anchored for 130 years. With more than 40 percent of seniors in the Bronx being rent-burdened, the need for affordable senior housing cannot be overstated. After almost a decade of collaboration with community stakeholders, it is gratifying to know construction will commence in 2021.”