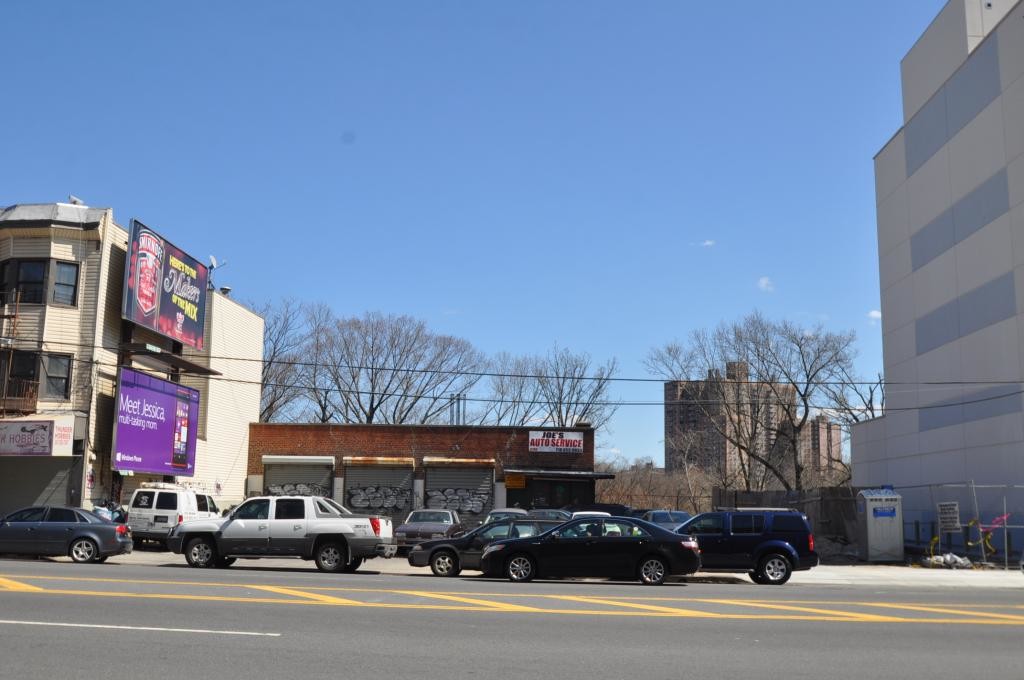 Developer Mark Stagg is set to build another affordable apartment building on Webster Avenue in the Bronx.

The founder of Stagg Group just bought the 8,700 s/f auto repair shop at 3184 Webster (AKA 3190 Webster pictured top) for $2.8 million and filed plans for a 70-unit apartment building.

The 48,765 s/f building will include 15 enclosed parking spaces, according to plans filed with the DOB. Marin Architects is the Design Architect for 3184 Webster.

Concourse Realty Partners brokered the sale of the site and associated development rights on behalf of longtime owners, Joe Cumiskey and John Miklos.

David Simone, Bradley Evans and Ed Gevinski of Concourse also represented the Stagg Group, which has grown its footprint in the borough over the last 20 years to own and manage over 3,500 units of housing throughout the Bronx.

Stagg developed the nearby Norwood Gardens at 3084 Webster Avenue and a trio of mixed-income buildings on by East 201st Street and Bedford Park Boulevard after the area was rezoned and the Webster Avenue Vision Plan was created in 2011 at the request of Botanical Garden, the Bronx Zoo, Fordham University, Montefiore Medical Center and Community Board 7 to transform the corridor into a vibrant mixed-use district.

Architect Ariel Aufgang built a 60-unit, 10-story building at 3160 Webster and other developments include a budget hotel at 3070 Webster and a commercial property at 3170 whose tenants include the Bronx Community Charter School.

Just this week, Douglaston Development signed a $60 construction financing deal to start work on the first phase of its new 450-unit development on land it leased from the New York Botanical Garden at 2856 Webster Avenue.

Webster Avenue is a major north–south thoroughfare that stretches nearly six miles through the Bronx from Melrose to Woodlawn surrounded by some of New York’s most prized green spaces.

“The Webster Avenue corridor enjoys easy access to the Bronx River Parkway, B and D subway lines as well as the Botanical Gardens Metro North train station,” said David Simone who led the Concourse Realty team on the Stagg deal.

“This property presented Stagg Group with an incredible opportunity to acquire a site in a vibrant Bronx neighborhood and it was a pleasure working with a major developer like Mark Stagg, who provides much needed affordable housing in the Bronx.”