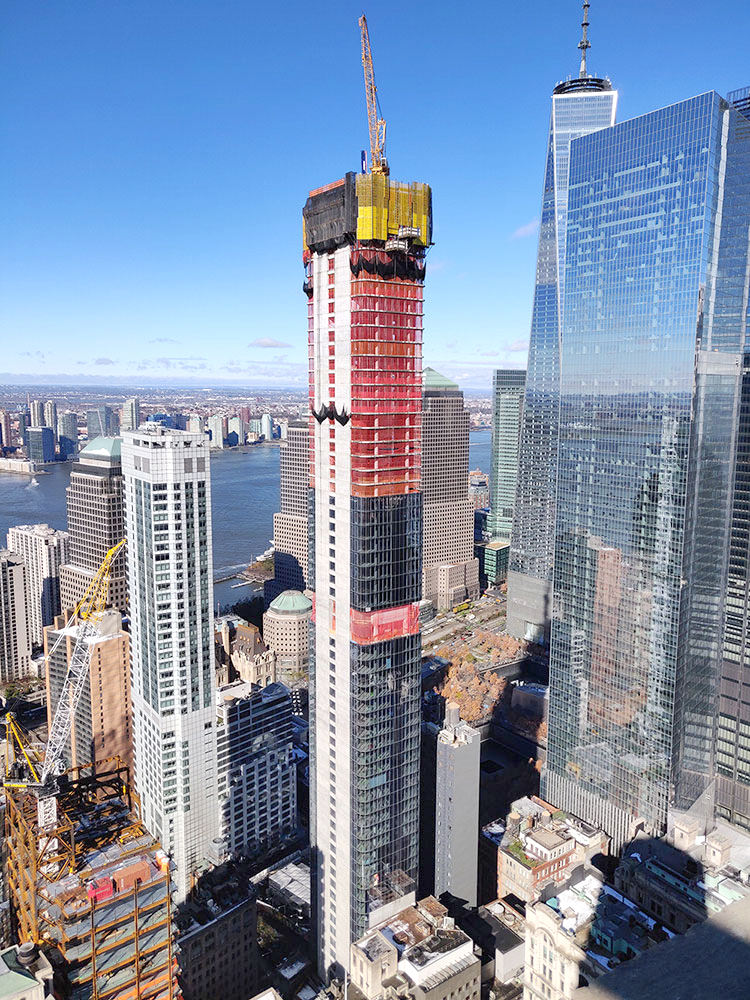 The new initiative is intended to improve both safety and efficiency on these complex work sites by increasing the levels of support and collaboration throughout the entire duration of the development process, from the initial application filings, all the way to the final sign-offs of the completed project.

By providing consistent consultations to these developers regarding planning for effective compliance with city regulations, this program is intended to help construction projects get off the ground safely and avoid work stoppages.

“By expanding our consultation model and creating true wrap-around service in the development process for these large, complex projects, we can spur New York City’s recovering economy by helping turn lines on paper into shovels in the ground,” said Buildings Commissioner La Rocca.

“Just as important, by increasing our footprint on these work sites, we can help construction operations on these large projects proceed as efficiently as possible, reducing both work site incidents and negative quality of life impacts felt by neighbors in communities across the five boroughs.”

The personalized guidance and coordination from the Major Projects Development Unit for participating projects will help them save time during every phase of their development project, including:

Phasing of filings, permits, and occupancy

Issuance of Temporary and Final Certificates of Occupancy

As currently proposed, the new program would be open to developers of proposed new building projects 20 stories or greater, new building projects of at least 500,000 s/f, alteration projects that will enlarge an existing building by at least 100,000 square feet, or any other complex project designated by the Department to be eligible.

The Major Projects Development Program is being created under the Department’s rule making process, which relies in part on public input. A public hearing for this program will be hosted by the Department on 11/22/21. Read the proposed rules for the program here.

“New York City’s full throttled economic recovery will require development projects which create a significant number of new jobs and housing to move through the approval pipeline expeditiously and safely,” said REBNY President James Whelan. “REBNY commends the Department of Buildings for putting forward an innovative yet practical approach to facilitate the timely completion of such projects.”

“One of the best, most proven ways to revive New York’s economy is to build, and we are ready to do just that,” said Carlo A. Scissura, President and CEO of the New York Building Congress. “Major projects are oftentimes more complicated, so creating this program will hopefully lead to streamlined processes and increased efficiency. The New York Building Congress applauds the Department of Buildings for its efforts to work with the members of the industry to ensure nothing slows down our recovery.”

“The BTEA is delighted by the creation of the new Major Projects Development Program and thanks Commissioner La Rocca for her leadership,” said Louis J. Coletti, President and CEO, Building Trades Employers Association. “This Program will streamline any number of parallel processes into one pathway for Major Projects from conception to completion. We are committed to working with the Department to make this program a great success.”

“As New York City continues to grow its imperative that major projects and crucial development opportunities get moving quickly,” said Brian Sampson, President of Associated Builders and Contractors, Empire State Chapter.  “Too often, we see projects delayed and at times investment moved into other markets. This new voluntary program between the owner, the contractor and the Department of Buildings will ensure that complex projects do not face permit issues and work stoppages while maintaining a high level of commitment to safety and quality.”

“The consulting engineering community thanks DOB for continuing to identify new ways to meet the challenges of the large and complex projects that make New York unique,” said John Evers, President & CEO, American Council of Engineering Companies of New York (ACEC New York).  “We support the Department’s initiative; this solution will have an immediate impact on the review of qualifying projects and has the potential to identify approaches that will improve the process for all projects.”

“The New York State Society of Professional Engineers supports the Major Projects Development Program,” said Joseph A Pasaturo, President of NYSSPE. “Having the Department of Buildings as a partner working to facilitate potential issues that can slow the construction process on major projects is a win-win for everyone. It will decrease costs for major construction projects as well as improve communications between the stake holders and the Department.”