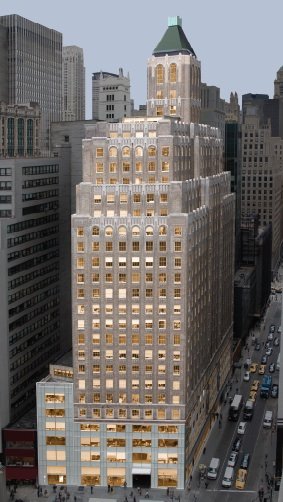 A preeminent designer, manufacturer, and marketer of branded youth apparel for major sports leagues , colleges and universities, Outerstuff will continue to occupy 50,500 s/f on the 18th, 19th, and 20th floors of the Fashion District building, located between 39th and 40th Streets.

A tenant of the building for the past 10 years, Outerstuff was mulling a move to Brooklyn or New Jersey at the end of its lease.

“After defining its long-term goals, Outerstuff considered several locations but ultimately felt Manhattan could facilitate the vision for its future successes,” said Weber. “This deal is a win-win for all parties. Outerstuff scored a favorable lease, and the landlord was able to keep a major tenant in its building.”