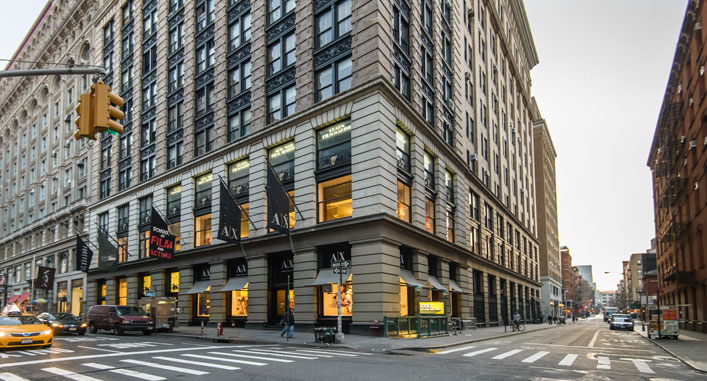 CBRE announced that Group Nine Media, whose brands include Thrillist, NowThis, The Dodo, and Seeker, signed a renewal for 40,000 s/f it currenlty occupies on the 4th, 5th, 6th floors, as well as the expansion of 60,000 s/f on the entire 10th and 11th floors.

“We’re excited to be able to expand Group Nine’s HQ right in the heart of SoHo where many of our brands were founded,” said Eric Ashman, president of Group Nine Media.

“We have ambitious growth plans for the future, with the goal of hiring an additional 200 employees within the next year — and this expansion will provide us with the space we need to support that growth.”

Group Nine will have their own building entrance on Crosby Street with branded lobby and dedicated elevator to their floors. Group Nine is expected to move into the new space in the late summer of 2018.

This expansion brings Group Nine’s total New York City office space to nearly 130,000 s/f with locations at 568 Broadway, 100 Crosby St. and a production studio in Chelsea. The company also has offices in San Francisco and Los Angeles.
Originally built in 1897, 568 Broadway is a 12-story, 342,000 s/f building located in the heart of SoHo. The building’s 28,000 s/f floorplates are accentuated by 12-foot high ceilings.

The building owners, Aurora and Allied Partners, were represented by Steven Bauer, Howard Hersch and Brett Harvey of JLL and by in-house by Bonnie Shapiro.