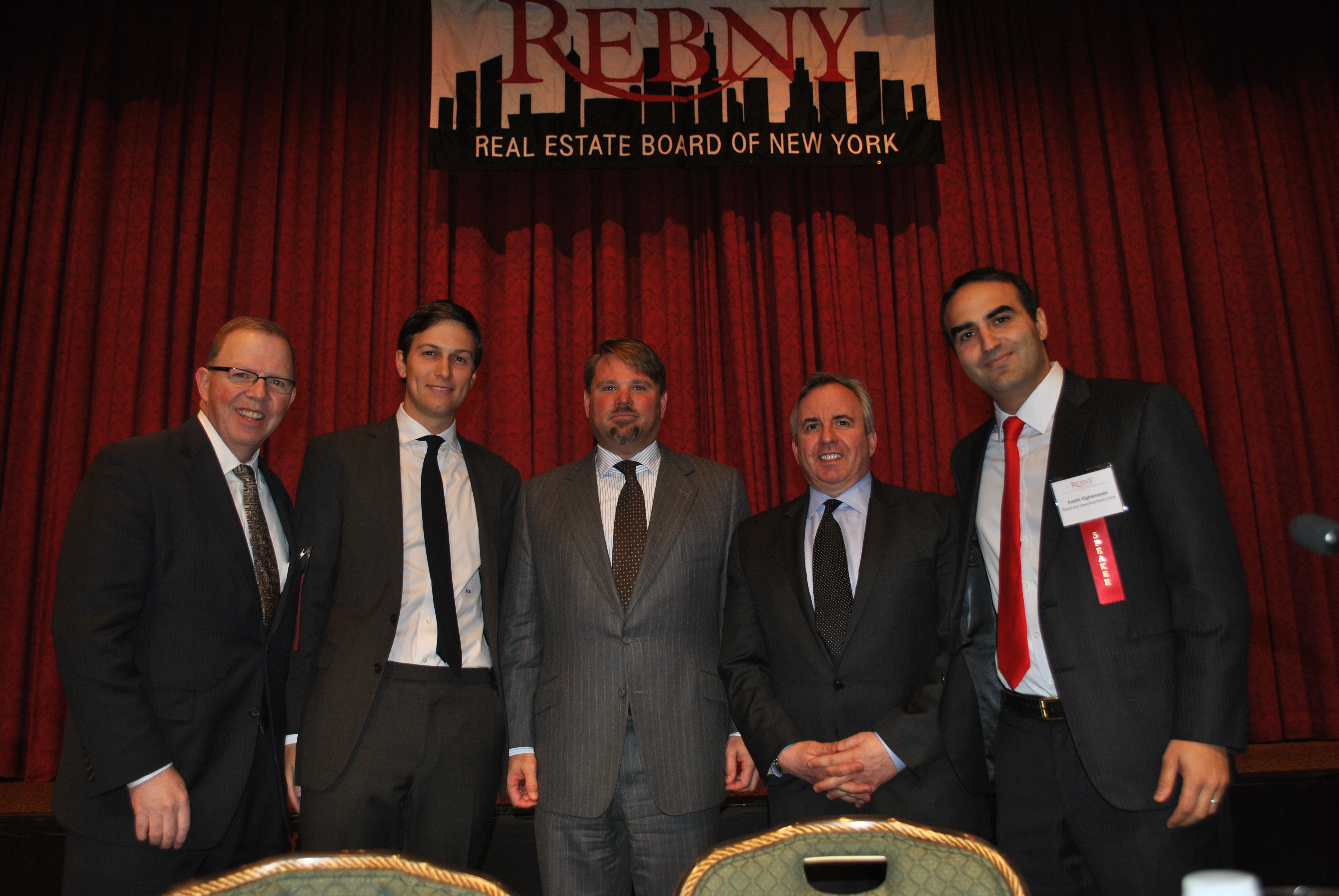 McCarthy set the stage for the discussion with a significant statistic that New York employs more people than the number that live in 40 of the 50 U.S. states.

This level of employment and the influx of TAMI (technology, advertising, media and information) tenants have contributed to dramatic growth in markets including Brooklyn, Midtown South and the Meatpacking District he said.

In these markets, culture dynamics, amenity space, internet connectivity and a sense of community have played a big role in commercial real estate and led owners to be forward-thinking about development. “

The way people see themselves in their spaces has changed; they’re looking to create a culture and for brand alignment,” said Phillips.

“It’s all about attracting and retaining talent – finding ways to create an interactive office environment. This is the backbone of what makes a neighborhood pop, creating rent growth and low vacancy.”

In the residential market, Jared Kushner noted that the base affordability and rising rents continue to be a concern, which has led Manhattan to move south in a very significant way and made the downtown market more desirable.

Elghanayan pointed to a second wave of growth for the Financial District, while Phillips identified Murray Hill as a dynamic neighborhood where the city’s new workforce is heading.

All the panelists agreed that the future of retail is linked to New York City’s standing as a top tourist destination.
Elghanayan explained that the retailers that cater to tourists will do well as more visitors come to the city.

In addition to the hot retail markets in SoHo, Midtown and the Financial District, Philips recognized the Meatpacking District as another area with dynamic retail growth, especially as the Whitney Museum of American Art prepares to open its new location.

The discussion also explored ideas the panelists would suggest to the new administration.

Kushner explained that he would advise the administration to focus on their initiatives like affordable housing, and to work with the real estate industry to create better processes and reduce costs for construction.

Elghanayan stated that the administration should extend the 80/20 and 421a programs which have been successful, while Phillips suggested that they streamline the process for the development of affordable housing.

The Members’ Luncheon rounded out with the panelists’ thoughts on New York’s next hot markets.

In addition to the downtown area, Kushner identified Jersey City as an area with many opportunities for new construction and positive growth.

Elghanayan highlighted Court Square in Long Island City as a hot neighborhood that has seen fast growth because of its infrastructure and surge in development. He also noted the area south of Sunnyside Yards as a relatively unknown area that the industry should look out for.

Phillips concluded by explaining that Jamestown is confident in the boroughs and investing in areas that they think are going to be hot in the next 15 to 20 years, like Sunset Park where they bought Industry City.