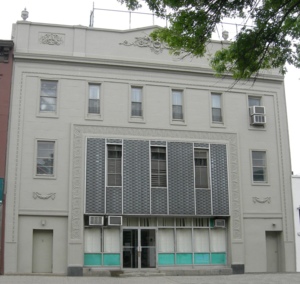 The CPEX New York Retail Leasing Team announced the completion of a lease agreement at 292 Court Street in Brooklyn.

The transaction marks the tenth lease that CPEX Real Estate Services has completed along Court Street.

Located between Kane and Degraw Streets in Cobble Hill, the three-story building consists of approximately 15,700 s/f with an additional 6,000 s/f of rooftop and back terrace space. The property also contains an additional lower level.

Jordan Gosin and Nick Carey from Newmark Grubb Knight Frank represented the incoming tenant, LePort Schools, in the transaction.
Based in Orange County, LePort Schools is a private school system that is expanding its operation to the east coast. They currently have plans to launch a LePort Montessori pre-school program as early as January 2015.

“We received multiple offers from schools looking to open a new location in Brooklyn,” said Condren. “The demand is a testament to how the area of Boerum Hill, Cobble Hill, and Carroll Gardens is growing as an upscale, family-friendly area. Ownership ultimately decided that LePort would be the best operator to service the community, and looks forward to bringing a quality early education option to BoCoCa for families to choose.”