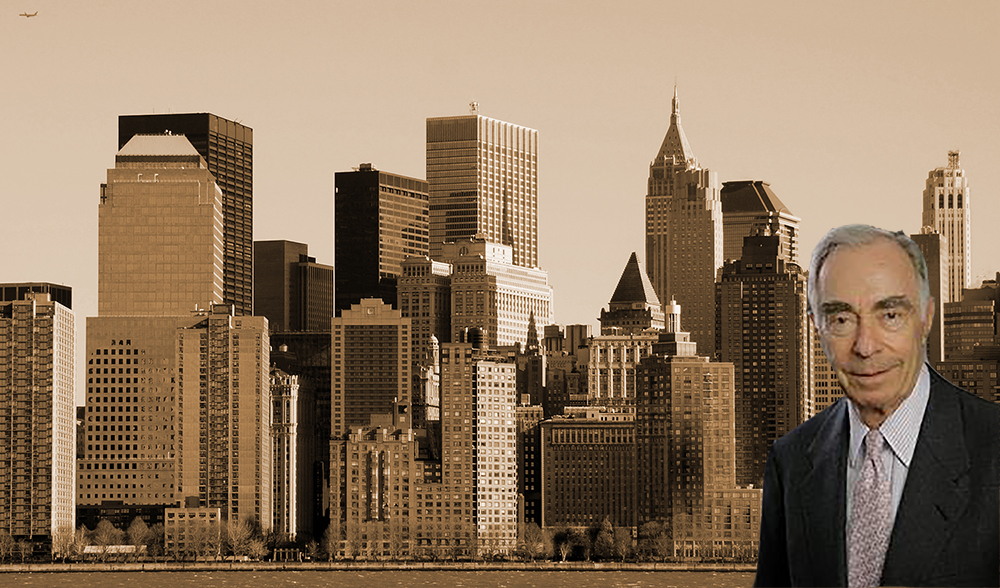 Robert F. Weinberg, a commercial and residential developer who over six decades transformed the landscape and economy of Westchester County as co-founder of the Robert Martin Company, died of natural causes at his home in Manhattan on Sept. 3, 2019. He was 90.

Working side-by-side with his life-time business partner, the late Martin S. Berger, Weinberg and the Robert Martin Company were at the forefront of innovation and change in the real estate industry.

Most notably, the company pioneered the development of more than six million square feet of office and industrial parks across Westchester and Fairfield counties, as well as over 3,000 apartments, condominiums and single-family homes throughout Westchester.

Weinberg’s astute business sense consistently kept the company on the cutting edge of real estate trends. This enabled the firm to play a leading role in a wide array of major projects, including the creation of expansive suburban office and industrial parks, hotels, retail centers, as well as thousands of housing units. The company was particularly active in the cities of White Plains and Yonkers; the towns of Greenburgh and Mount Pleasant; and the villages of Tarrytown, Elmsford and Port Chester.

Combining their first names, Weinberg and Berger, who died in 2011, founded the Robert Martin Company in 1957. They began by modestly building five single-family homes in Ardsley. They quickly expanded, building larger single-family home developments in Hartsdale, Yorktown, White Plains, and other communities.

In the late 1960s, however, they took a step that was to change the course of their business and in real ways, even the trajectory of economic development in Westchester. Acquiring a large tract of land on Route 9A in Greenburgh, Weinberg and Berger decided to build an office-warehouse park, the first of its kind in Westchester County.

The company was the first major developer to invest in the Urban Renewal of downtown White Plains. Its work there included the development of sixteen unique projects, culminating in the development of a full city block opposite the White Plains train station known as Westchester Financial Center. Located at 50 Main Street, the project included two office towers, an apartment tower, and a common parking garage.

The company also led the way in the redevelopment of downtown Port Chester and constructed over 1,000 apartments in Elmsford and Greenburgh.

Today, the company’s diverse portfolio includes over six million square feet of multi-family, office, retail and industrial properties as well as over 200 acres of developable land in Westchester, Connecticut and Florida.

Weinberg was born in Manhattan on Sept. 20, 1928, to his mother Ray Greenbaum and father Alexander Weinberg. He grew up in New York City, although he and his parents spent time in Elmsford when he was recovering from scarlet fever as a young boy.

A true visionary, Weinberg was particularly fond of a group he formed and chaired for more than 40 years, the Outreach Committee on Orderly Growth in Westchester. The group, which grew to include more than 40 members, meets for lunch seven times a year with Weinberg personally setting the agenda for “off-the-record” discussions of a wide range of issues pertinent to Westchester’s future including transportation, housing, planning and zoning.

Weinberg was predeceased by his parents, his wife of 53 years, Marilyn, in 2012, and his daughter, Eileen W. Toulouse, in 2016. He is survived by his grandchildren Stacy Lynn Reilly and her husband Sam, and Scott Alexander Hesse and his wife Whitney, and his great grandchildren Jake Ethan Reilly, Cameron Michael Reilly and William Robert Hesse.

A memorial service will be held Friday, September 6, at 9:30 a.m. at the Frank E. Campbell Funeral Chapel, located at 1076 Madison Ave, New York, NY 10028 at 81st Street. Further arrangements are being made for the family to receive friends in both Westchester and New York City.

The family suggest, in lieu of flowers, that memorials be made in his memory to the Elizabeth Seton Pediatric Center in Yonkers, N.Y., or the Ranachqua Foundation, which supports Boy Scouts activities and college scholarships, in Bronx, N.Y.