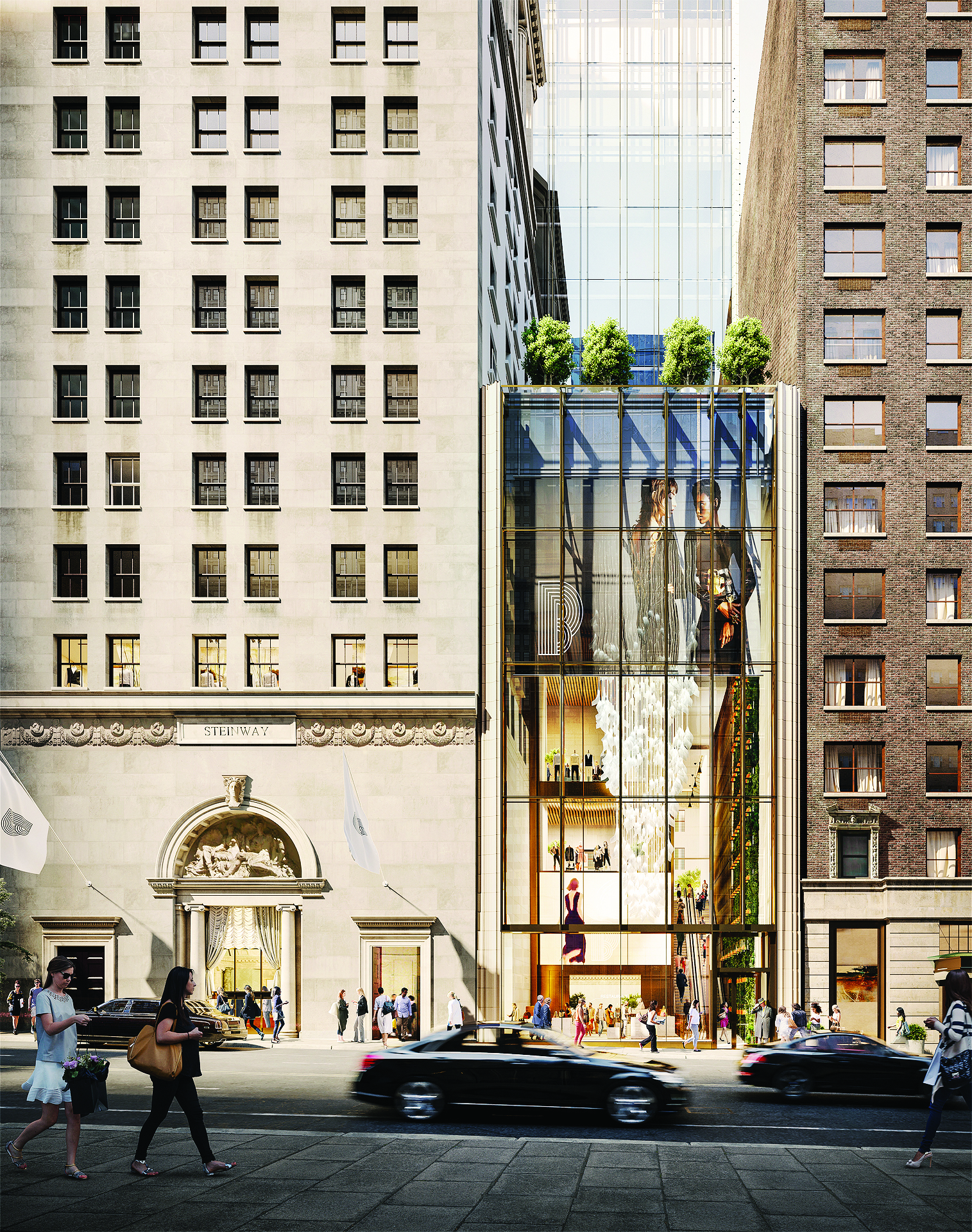 Steinway Hall, formerly New York’s home to Steinway & Sons’ concert hall and piano showroom, will offer a four-story retail experience with 10,076 s/f of retail on the lower level which the developers belive is ideal for food and beverage space.

The property will have two entrances, including a glass atrium welcoming guests onto the ground floor of the space designed by SHoP Architects.

From the atrium, guests will ascend via escalator to the third floor where 35 ft. ceilings and natural light pours in from West 58th Street.

Situated between Sixth and Seventh Avenues, Steinway Hall’s Landmark Rotunda once featured musical performances by some of classical music’s most preeminent composers and artists such as Sergei Rachmaninoff, Vladimir Horowitz and Sir Elton John.

In 2013, the golden-age interior was declared a New York City Landmark, sealing its place in musical and architectural history. Rising above historic Steinway Hall, 111 West 57th Street’s tower will feature only 46 full-floor and duplex residences with interiors by Studio Sofield, led by Principal William Sofield.

Steinway Hall, originally built in 1925 by Warren & Wetmore, has undergone a careful restoration process and will be integrated with the modern tower’s residences and amenity spaces.

“We are thrilled to announce the addition of this unparalleled product to the marketplace. The craftmanship and attention detail throughout are unlike anything else on the market,” said co-developer and founder of Property Markets Group Kevin Maloney.

Newmark RKF is marketing and leasing the retail space at 111 West 57th Street. Douglas Elliman Development Marketing is managing marketing and sales for the residences.