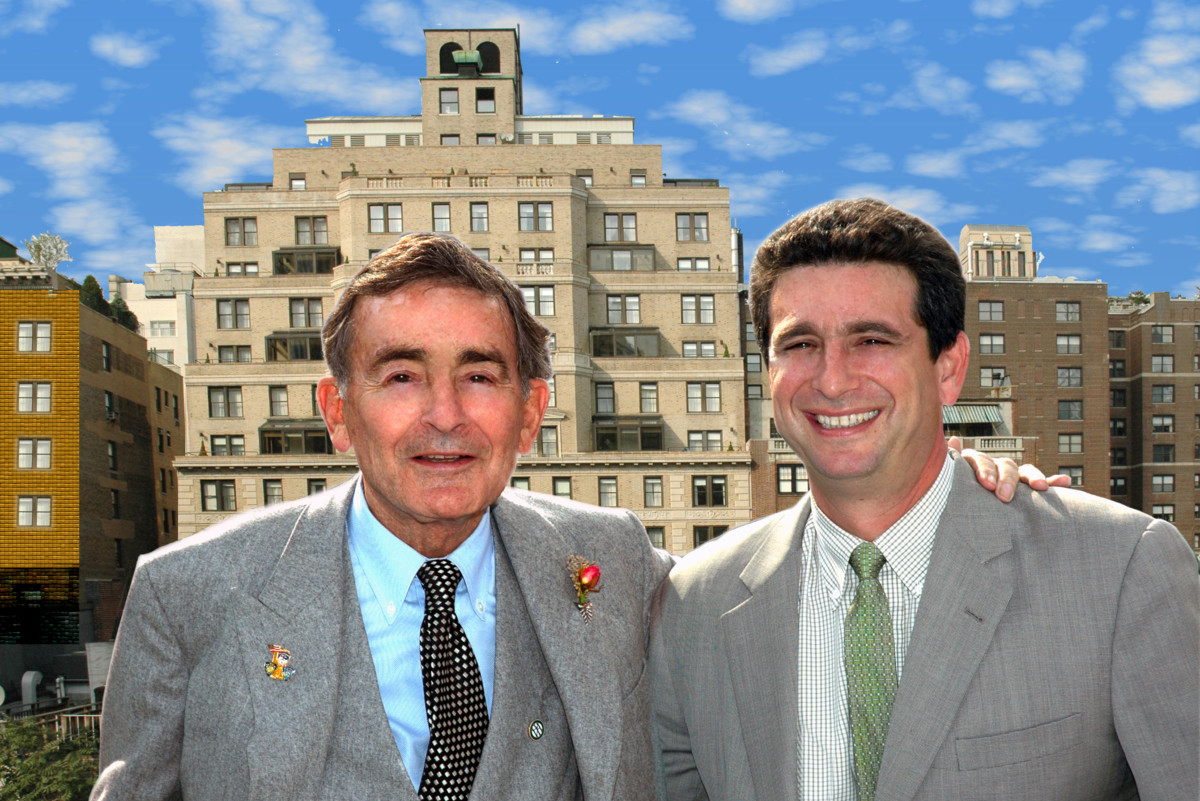 Richard H.M. Maidman, a second generation leader of one of New York’s storied real estate dynasties, died on Friday, December 9, at Mt. Sinai Hospital where he had been hospitalized with esophageal cancer. He was 83.

Maidman served as chairman of Townhouse Management Company, which was founded by his father, William Maidman, who started the company in 1933, eventually passing on the business to Richard in the 1960’s.

Over the years Mitchel Maidman, Richard’s son, has run the company as its president alongside his father.

As the chairman of Townhouse Management, Richard Maidman oversaw the construction and design of several residential and commercial buildings in Manhattan, including the Aurora, a 32-story tower on Third Avenue near 37th Street, with seven floors of condominiums above a long-term Marriott apartment hotel and the Chelsea, an 18-story luxury apartment building on West 24th Street which they also leased to Marriott/ExecuStay and sold to the London-based Berkshire Capital Group for $93 million.

Maidman also developed the palatial East 63rd 60-foot wide triple townhouse which now houses an Upper East Side private school (The Garden House) and luxury apartments that rent for $10,000 to $55,000 a month.

Over the last 50years, Maidman, an attorney, helped steer the diversified Townhouse Management Company to acquire, develop and manage thousands of units in hundreds of residential, commercial, retail and mixed-use properties throughout the New York metropolitan area.

Back in 2001, the Maidmans sold the 22-story tower at 113 West 42nd Street to the Durst family for $13.5 million, famously ending a decades-long battle between the two families.

Richard Maidman wanted to convert the building into a hotel, while the Dursts wanted it as part of a site for an office tower anchored by the Bank of America.

“After 9/11, we didn’t want to stand in the way of the building they wanted to build for Bank of America,” said Maidman at the time. All that he requested was that a plaque be hung in the bank building honoring his father, William, who bought the original building.

Maidman saw himself as the “steward” of his own father’s business.

William Maidman started the real estate company back in the 1930’s while he ran a successful ladies dress manufacturing business.

“He made beautiful dresses for Eleanor Roosevelt,” Richard Maidman was proud to tell people about his father.

While today Richard Maidman’s son Mitchel is the active manager of Townhouse Management, Richard Maidman saw himself as “a consultant” to give strategy and direction. “I’m available to deal with problems,” Maidman told a New York Times reporter in 2011.

When he was not in the office, Maidman and his late wife, Gail Ann Lowe Maidman, whom he married in 1999, enjoyed spending time in their two homes, a duplex on East 79th Street, off Fifth Avenue that Gail Lowe Maidman designed.

The couple also owned a weekend home designed by Richard Meier in Sands Point, L.I. where they held Fourth of July parties with fireworks for family, friends and many in the real estate community.

Maidman is a member of the Real Estate Board of New York and is listed in Who’s Who in America.

Before going into the family real estate business, Maidman was an associate counsel with the law firm of Saxe, Bacon & O’Shea, where he assisted the well-known New York attorney Roy Cohn. He was also partner in the law firm of Weiner, Maidman & Goldman and of counsel to the law firm of Shwal, Thompson & Bloch.

Maidman developed properties in the District of Columbia as a principal of Realinvest, Inc. and the Farr Companies and was formerly the managing general partner of Barcelona Hotel Ltd. in Miami Beach, Fla.