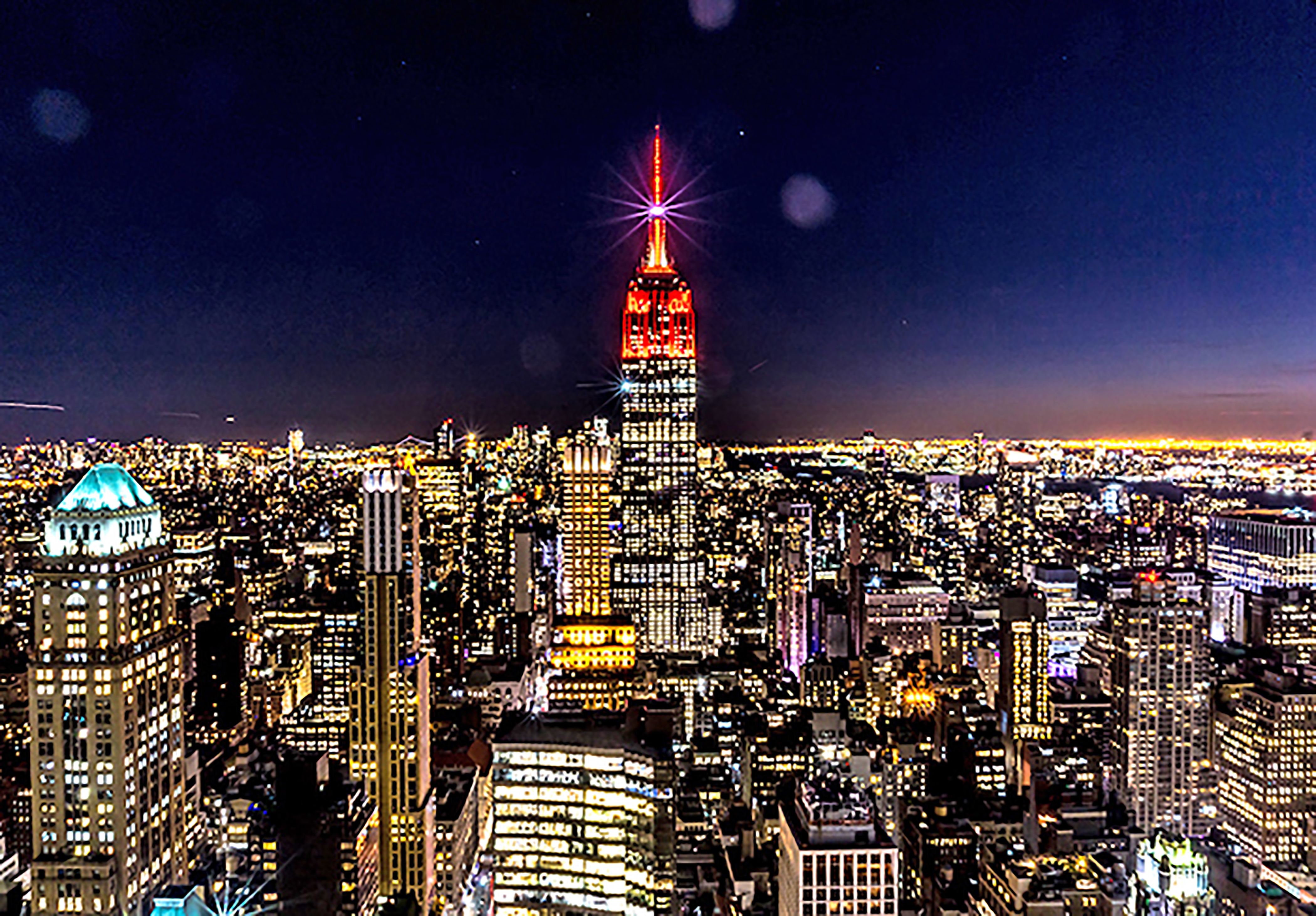 In 1977, John Santora, a Staten Island native and community college student, had his heart set on continuing his family’s legacy by becoming a New York City firefighter.

But, with the city teetering on the edge of bankruptcy and heavy layoffs hitting both the fire and police departments, Santora decided to take a job, at least for the time being, with a local real estate firm: Cushman & Wakefield.

“I took a summer job as a summer helper at 100 Park Avenue and I just never left,” said Santora, who now serves as the company’s vice chairman and president of its Tri-State Regional operation.

This past year marked milestones for both Santora, who notched up his 40th year with Cushman & Wakefield in July, as well as the company, which celebrated the centennial anniversary of its founding here in New York City.
Cushman & Wakefield had already begun spreading its roots by the time Santora came aboard. Four years earlier, it topped off its first landmark development project outside New York, the Sears, Roebuck and Co. Tower in Chicago, which would stand as the tallest building in the world for a quarter century.

However, Santora’s career, in a way, mirrors the trajectory of his employer. Both began in Manhattan as property managers before embarking on national and international expansions that made C&W a global brand, with more than 300 offices in 70 countries on every continent except Antarctica.

In that time, Santora has twice served as chief executive of the Americas, done two stints as chief operating officer and, just prior to his current role, he headed the company’s global integration efforts. Meanwhile, Cushman & Wakefield has set the stage for a long-rumored public offering that could come as early as next year.

Incorporated on Halloween Day 1917 by brothers-in-law J. Clydesdale Cushman and Bernard Wakefield, the property management company has evolved into a full-service commercial real estate firm. The world got its first glimpse of C&W in 1947 when it compiled and sold the land used for the United National Headquarters site. In the 1960s it began expanding nationally.

John Cefaly, the company’s executive vice president of Office Brokerage who just completed his 46th year at Cushman and Wakefield, said he can remember the excitement within the country as it began setting up outposts beyond the eastern seaboard.

“When I started with the company, we had an office in Midtown, an office Downtown, we were in Jersey and maybe we had an office in Philadelphia, then we opened up L.A., Houston, Chicago,” he recalled. “We started out as a very local, regional firm, but we quickly became a national operation, mostly through the 70s and early 80s.”

Cefaly attributed the company’s longevity to its commitment to core principles, even as the industry around it has evolved, becoming more sophisticated and more specialized.

In the 1990s, the company jumped across both oceans and Santora was tapped to head the growth of its global property management arm. He was dispatched to Argentina, Brazil, China and Mexico to make deals and oversee transitions. During his travels, he learned to move past national stigmas about countries such as Vietnam and Russia; as he planted the C&W flags in those countries he got to know their cultures firsthand, rather than through the lens of news reports and Hollywood films.

The experiences, he said, were humbling.

“I remember being in Shanghai and just kind of looking out the window one time and thinking, ‘What is this kid from Staten Island doing here looking to buy a company?’” Santora said. “My father would never believe this.”
Although 2017 marked the first year the company maintained its corporate headquarters outside of New York, opting to make Chicago its home base, Cushman & Wakefield remains an integral presence in the Big Apple.
“If I look at every major office building in this city, we’ve touched it in one way or another,” Santora said. “Either as a major tenant or we bought it, sold it, managed it, leased it; we’ve done something that’s helped it or created some value in the process.”

Among his crowning achievements, Santora counts his work on the team that leased the original Twin Towers of the World Trade Center. After 18 months of negotiations, Cushman & Wakefield finalized a deal between the Port Authority and Larry Silverstein in July 2001, only to see the towers toppled by synchronized terrorist attacks less than two months later.

After a protracted debate over what should replace the towers, Cushman & Wakefield was put in charge of leasing the new 1 World Trade Center as well as overseeing the infrastructure on the campus.

“Having gone full cycle with that is something that’s meant a lot to the firm and a lot to me, personally, as a New Yorker,” Santora said.

Even as the company shifts leadership positions to the Midwest, Cefaly said he believes Cushman & Wakefield’s identity will remain tied to New York, especially in the eyes of the international community that first came to know the company through its dealings in Manhattan.

“We’ve been here since the founding of the company, so I think Cushman & Wakefield is synonymous with New York,” he said. “We’ve grown as the city has grown, so it’s a symbiotic relationship.”

With competing firms, such as Marcus & Millichap, which launched an initial public offering in 2013, and CBRE, which went public in the 80s, enjoying great success on the stock exchange in light of a strong U.S. economy and sustained confidence in the real estate market, Cushman & Wakefield appears poised to go public as well.

Although a company spokesman declined to comment on the speculation, rumors have been swirling about a C&W IPO for close to two years.

Bayle Smith, a senior associate at Green Street Advisors, said if Cushman & Wakefield plans on going public, now is as good a time as ever.

“Given the consolidation we’ve seen in the industry it makes sense for companies like this to have greater liquidity and capital to continue to consolidate,” Smith said. “CBRE and other larger service firms that are public already have outperformed the broader market index, so it seems a more inviting environment for a company like Cushman & Wakefield.”

Santora said the key to the company’s sustained success will depend on its ability to attract, train and retain the world’s top talent.

Also, even with 100 years of experience to fall back on, Santora said it’s important that the company not rest on its laurels and, instead, keep a vigilant eye toward the future to adapt to technological changes in and around the real estate industry that might threaten to disrupt it.

“We’re informed by history, but we need to look forward,” he said. “We need to embrace the future and get energized by it.”