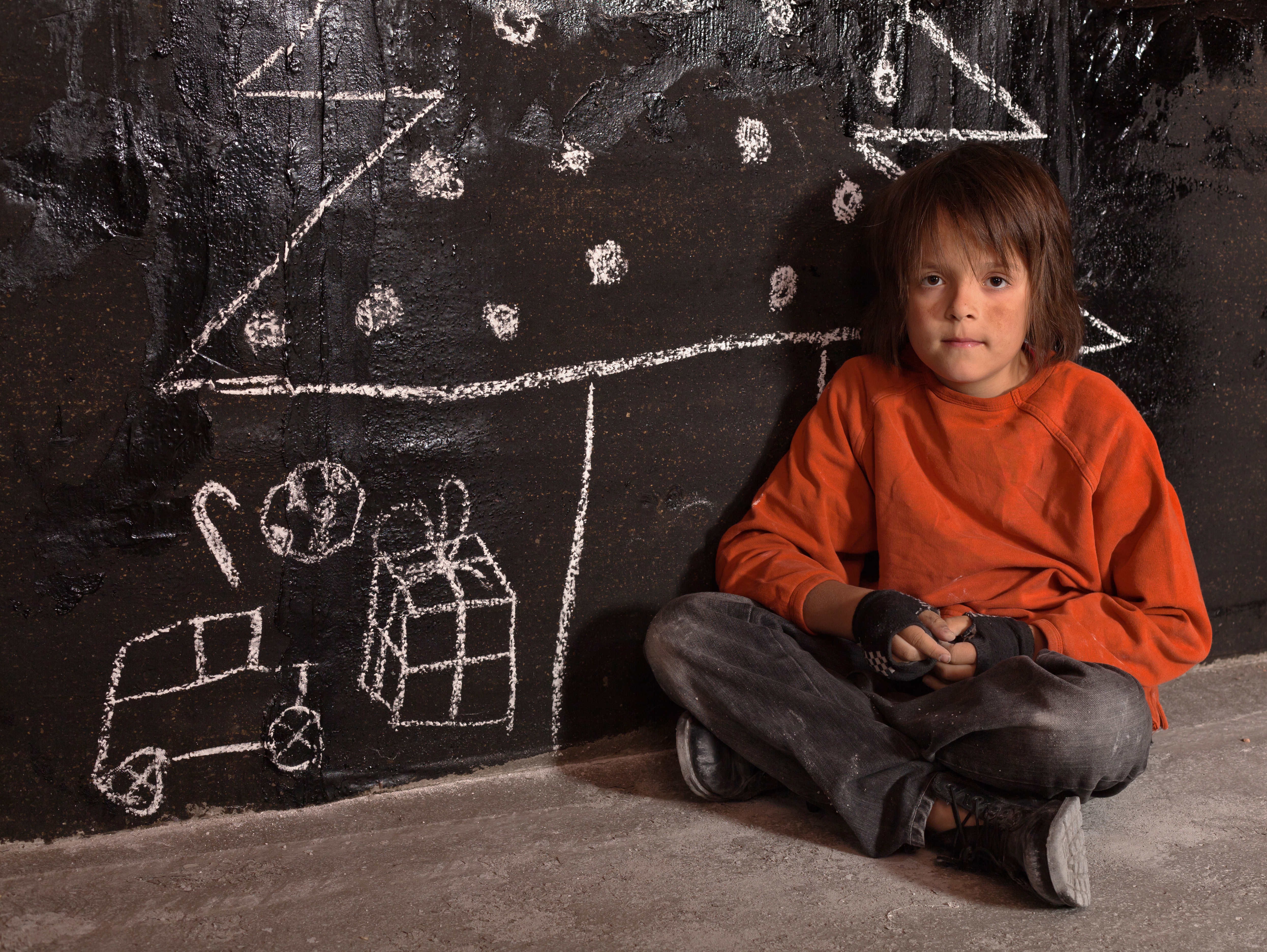 The Cold Truth: Homelessness soars to record highs with no solution in sight

Roughly 60,000 New Yorkers will spend this Christmas in a homeless shelter.

Thousands more will struggle to balance the cost of rent with holiday expenses and countless others will sleep on the street as the city struggles to cope with its highest rate of homelessness since the Great Depression.

And no one seems to know what to do about it.

“Affordable housing in New York has been a problem that the city has never quite been able to solve and it has been exacerbated since the economic crisis,” Jonathan Miller, president and chief executive of the appraisal firm Miller Samuel, said. “The idea of affordable housing has dominated real housing discussions these past seven years or so, not only here, but across the country.”

Lack of affordable housing is the leading cause of homelessness in the city, according to New York-based advocacy and service group Coalition for the Homeless. Last year, the organization tallied 127,652 people who spent at least one night in a city shelter, more than a third of whom were children. That total is on track to increase by the end of the year.

Since the Great Recession, the city’s affordable housing woes have only worsened as favorable interest rates and free-flowing capital fed a ravenous demand for luxury rentals that, in turn, created a ripple effect throughout Manhattan, Brooklyn and Queens. Wages, meanwhile, have stagnated and low federal interest rates, which might have presumably boosted home ownership, may have had the opposite effect.

Government officials and commercial developers have racked their brains for new ways to spur construction of market rate affordable housing, but the best solution remains offering tax breaks to luxury projects that mix a few reasonably-priced units in amidst the premium offerings.

However, at a ratio of one affordable to four market rate units or, at best, one to three, these affordable apartments built under the auspices of the Affordable New York program, formerly known as the 421a exemption, are hardly making a dent as more than half of New York renters remain burdened by rent costs, according to a study recently released by Harvard’s Joint Center for Housing Studies.

“I don’t think there’s ever been a time when the demand has been as great as it is now,” Chase Community Development Banking group executive director David Walsh said. “We recently worked on a project in the Bronx with 100 affordable units and the developer received somewhere between 25 to 50,000 applications for the affordable units.”

Walsh’s group handles between 120 and 150 affordable projects a year, lending between $1.2 billion to $1.7 billion for projects not only in the five boroughs, but also upstate in Buffalo, Syracuse and Rochester as well as other cities throughout the country, such as Baltimore.

Nationwide, the creation of affordable housing has helped fuel a renewed interest in city living, Walsh said, with much of it being built in place of vacant office and parking space, land that could be bought elsewhere but isn’t readily available in New York.

Though he noted that the city has some resource advantages, including the fact that both Mayor Bill de Blasio and Gov. Andrew Cuomo spent time at the U.S. Housing and Urban Development Department, Walsh said the cost of doing business here makes the prospect of affordability that much harder to attain.

“There are lots of resources available, but it can be challenging to find opportunities in the New York area and make the numbers work,” he said. “Instead of doing all affordable projects there’s a big push for mixed income, mixed use developments that can offset the cost by including more middle to upper income units.”

Entirely affordable projects have become hard to come by since the city depleted its stock of foreclosed properties in the 90s and, in the process, essentially cut off the only source of truly affordable land. Developers now maintain that land costs are too great for them to get a return on any non-luxury housing that isn’t subsidized.

Speed is also an issue, as the slow-winding gears of government bureaucracy can delay projects with affordable components, AN specially troubling fact given the urgent need for more housing.

“They’re not being built fast enough,” Beth Mullen, national director of CohnReznick’s Affordable Housing industry practice, said. “The high-end units are being built and that makes sense for builders who want to maximize their returns, but the affordable developments aren’t coming online fast enough to keep pace.”

Mullen said the glut of luxury housing that’s gone up throughout the country in recent years has pushed middle income families and members of the workforce into formerly low-rent areas, driving up prices and sometimes driving out longtime residents. Communities benefit from the influx of money, but individuals can suffer.

This trend has played out nationally as well. between 2006 and 2016, the U.S. added roughly 9 million rental households, according to the Harvard Study released last week, many of them headed by young professionals and empty-nesters that earn more than $100,000 year.

Investors scrambled to capitalize on this migration, average prices for investment-grade apartment developments have increased by 9.3 percent annually since 2010 and ground-up multifamily development costs have jumped by 62 percent in the past five years.

These trends drove up rents across the nation’s biggest metros, though the biggest jumps came in neighborhoods that previously had the lowest rents.

Meanwhile, as rents continue to climb, median incomes stagnated. In New York state, 51 percent of renters were designated rent-burdened by the Harvard report, meaning they spent more than 30 percent of their annual income toward rent. Many others have to spend more than 50 percent of their earnings on housing.

Mullen said New York has been a leader in the field of multi-income developments and an important voice on the topic of housing, but there’s still a lot of work to be done.

“It really is going to take all the tools in the tool box and it’s probably too soon to declare victory,” Mullen said. “New York City has done a lot of things and made strides to address its target areas, but every city and state is going to have to come up with creative solutions to make affordable housing work for them.”

While mixed-income development might be the closest thing the city has to an ace up its sleeve, it’s not a trump card. These projects aren’t making a dent in the New York City Housing Authority’s backlog of public housing applicants, which runs 250,000 households deep.

In fact, according to a report from the city’s Independent Budget Office, the public housing system is so taxed that more than 57,000 units — roughly a third of NYCHA’s total stock — are under occupied and nothing can be done about it; there aren’t enough smaller apartments to absorb the tenants who are willing to downsize, most of whom are seniors. At the beginning of this year, there were 1,785 available public housing apartments, a mere 1 percent of the NYCHA system.

As part of his effort to create and preserve 300,000 affordable homes in the city by 2026, de Blasio recently called for the city to convert 2,300 homeless cluster apartments into permanent affordable units through fair market acquisitions or, if necessary, eminent domain. Ambitious as it may be, this plan still falls woefully short of meeting the city’s affordability needs.

“The potential use of eminent domain adds a powerful tool to the city’s housing arsenal,” Giselle Routhier, policy director at the Coalition for the Homeless, said. “But to see a significant reduction in record homelessness and finally end the use of cluster sites and hotels completely, the city will have to think even bigger and commit to creating at least 10,000 units of new housing for homeless households over the next five years.”

In an effort to nurse the economy back to good health and stable footing, the Federal Reserve has kept its benchmark interest rate uncharacteristically low, only recently bumping it up from 1.25 percent to 1.5 percent, well below the typical rate of 3 percent. Though this might be thought of as a boon to home ownership, Miller, the appraiser, said it has had something of an opposite effect.

His analysis shows banks being reluctant to take on risky mortgages because its more sure-fire loans aren’t yielding as much return. This has kept more people in the rental market and further increased demand.

“What really happens when you have a shortage of inventory and the only supply you’re adding to the inventory is high-end, it means the non luxury stock is static, which means prices rise,” Miller said. “There’s a mismatch between what we’re building and what we need. If you could build today a slew of middle class or modest priced housing in New York, it would be gobbled up in seconds.”

Yet the only way to do that seems to be through federal subsidies, which one executive who works in the affordable market said have been drying up for the past 30 years.

“It costs $500-$600 a month per apartment to pay basic operating costs of a property (e.g. electricity, superintendent salary, insurance, water, sewage etc). This is before you pay taxes or a mortgage,” she wrote in an email. “So you need either an operating subsidy like section 8, which is set by Washington and steadily shrinking, or higher income apartments to cross subsidize.”

In the near term, the issue will persist as cities adapt to a new urbanism movement that is driving wealthy residents away from the long commutes and tranquility of suburbia in search of vibrant city centers that have been havens for low-income families for generations.

Mullen said with the increased attention being given to the issue, she’s confident individual communities will find solutions that address their specific needs.

“At this point, many jurisdictions are talking about different things, how to finance affordable housing, how to incentivize developers and help them finance projects. I don’t think it’s going to be an answer from the federal government, I think it’s going to be up to state and local governments to come up with their own solutions and then export successful models elsewhere.”