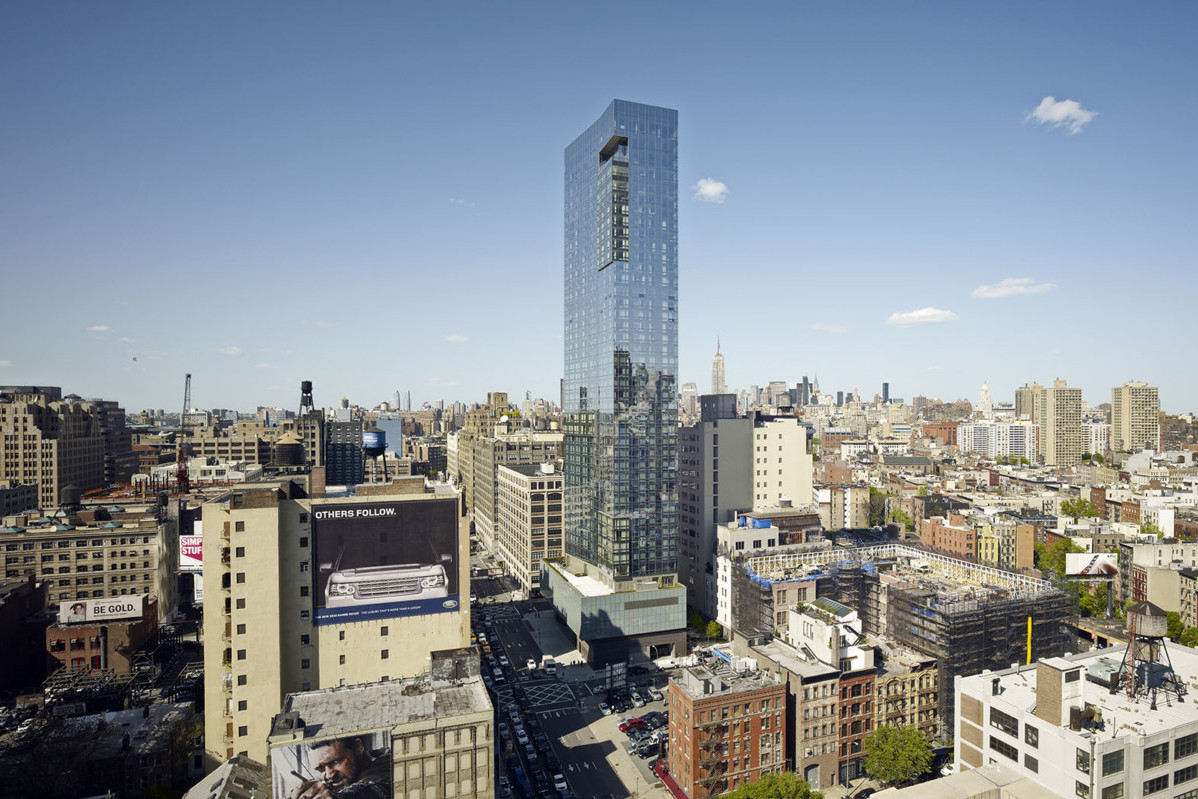 A new complaint has emerged accusing East River Partners co-founder Jody Kriss of of being involved in a “billion-dollar shakedown” through his former lawyers Frederick Oberlander and Richard Lerner.

The case, which was filed Monday in New York Superior Court, said that Kriss was complicit to “bizarre” and “bogus” claims against his former business partner at the Bayrock Group.

In a court filing, the trio is accused of lodging “no less than five near-identical lawsuits against a cadre of lawyers, accountants, business professionals and firms associated with Bayrock.”

The case is a qui tam lawsuit, a type of civil suit that rewards private entities called “relators” for recovering government funds.

The lawsuit accused Sater of laundering $250 million in profit from projects he co-developed such as Trump SoHo, Trump International in Fort Lauderdale and Trump Camelback in Phoenix.

According to the complaint, Bayrock brought in a foreign partner for the projects and then established a Delaware shell company. This supposedly allowed them to disguise the transfer of proceeds overseas as debt repayment to an American lender.

Bayrock was said to have evaded more than $100 million in state and federal income taxes.

Trump was not accused of wrongdoing in the lawsuit. He was considered a material witness, although a press release from Oberlander and Lerner said that new information “may significantly change that calculus.” Trump, his daughter Ivanka, and son Donald Jr., were said to have received partnership interest in Trump Soho through the alleged scheme.

“Their 2010 lawsuit, like this qui tam lawsuit, was straight-up extortion, wherein Kriss, Oberlander and Lerner brazenly sought to shake down these same defendants due to their relationship with Bayrock and Sater.”

Kriss filed two lawsuits against Bayrock and other defendants in 2010. One of the lawsuits, Kriss et al. vs. Bayrock et al., named Donald and Ivanka Trump as defendants. The cases were under seal because of Sater’s involvement.

He pled guilty to a $40 million stock scam in 1998 after signing a co-operation agreement with the government.

Sater, who was previously jailed for stabbing a man in the face, had his sentence reduced after serving as an informant on the mob, according to Politico.

“If Mr. Sater believes he is being victimized by criminal extortion, he can presumably find (New York State Attorney General) Mr. Schneiderman’s telephone number and call him up and swear out a complaint,” Oberlander said.

The Bayrock suit leveled serious accusations against Kriss, the most severe of which was that he was the one who committed the tax fraud that was the reason for the lawsuit.

“In each of their extortive lawsuits, including the ‘instant’ qui tam action, Kriss, Oberlander and Lerner maintained an untenable tack: suing Bayrock, Kriss’s former company, over an alleged financial tax fraud that only Kriss, as CFO and Finance Director at Bayrock, could have committed. Indeed, as alleged in a lawsuit against him, Kriss used to brag that ‘he could steal more money using his Wharton degree than one hundred gangsters combined.’ If the qui tam allegations are true, that is exactly what Jody Kriss did,” the court filing read.

Oberlander claims that the Sater’s own words prove their case, saying that he “slits his own throat” with his recorded statements.

“If he was a mere employee, as he maintains, then withholding taxes were due upon distribution to him of those interests, and he and Bayrock and the law firms and accounting firms who conspired to cheat the state and federal government out of taxes are jointly and severally liable,” Oberlander said.

“They’re doing it to themselves, when all we need to prevail in substance in most of this case is the admissions that Mr. Sater and his own lawyers have already made, which essentially creates a new record for suicide by press release.”

Kriss did not immediately return a request for comment. However, Oberlander denied that he had a hand in the case, saying: “Mr. Kriss has no involvement whatsoever in the qui tam action. Period.”

Economist: No matter who wins, election won’t wreck the economy