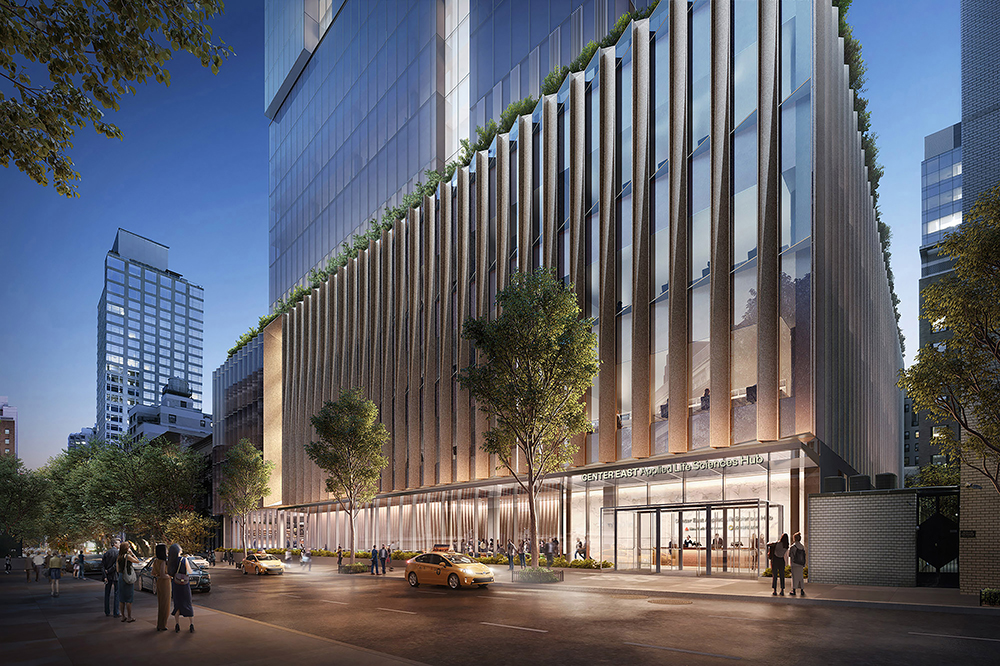 The City Planning Commission today approved by vote of 8 to 2 the New York Blood Center’s ULURP application for an applied life sciences hub called Center East on the Upper East Side that will serve as a key driver of the city’s life science innovation ecosystem and a key part of its pandemic response infrastructure.

The Blood Center’s project is one of the key rezonings left under Mayor de Blasio’s administration. Per the city’s land use process, the City Council will now consider a project that will see the New York Blood Center is partner with Longfellow Real Estate to transform its East 67th Street headquarters into a 600,000 s/f life science campus.

Called Center East, the hub will replace NYBC’s existing facility with a state-of-the-art center anchored by NYBC, which supplies life-saving blood products and services to nearly every hospital across the five boroughs and delivers stem cell products to over 45 countries worldwide.

“This is exactly the project our city needs right now. Center East will position New York to be a life science innovation hub, create jobs, stimulate billions in economic output annually, and open career opportunities for local students and young professionals. Our vision for a state-of-the-art life science facility will not only ensure the nonprofit Blood Center continues to provide safe, affordable blood services to the region’s hospitals, but enable the center to significantly expand its life-saving research on COVID-19 and blood-related diseases in collaboration with institutions and biotechnology partners all under the same roof,” said Rob Purvis, Executive Vice President and Chief of Staff, New York Blood Center.

However, the project has seen opposition from the local community which has criticized its height and residential to commercial zoning it requires.

Among the loudest voices against the plan is Council member Kallos, who told the City Planning Commission over the summer, “The New York Blood Center has been seeking to build a tall tower for as long as I can remember, for my entire career in politics, back to when I first started in 2006 on Community Board 8, and again in 2016. At every stage, their aggressive proposals have been rejected by elected officials and the local community.”

Kallos said that the community doesn’t have a problem with expansion within current zoning, which would permit expanding the current three-story building to seven stories.

Gary LaBarbera, President of the Building and Construction Trades Council, said, “The New York construction industry lost 74,000 jobs and $9.8 billion in economic activity last year during the shutdowns triggered by the pandemic. Projects like Center East are critical to the future of New York City as we look to rebound, and build back stronger than ever.

“The building and construction trade industry represents 20 percent of the city’s economy, 10 percent of jobs and 5 percent of wages. While it is disheartening to hear that the NIMBY voices are once again putting themselves and their own personal interests ahead of the greater good, it’s certainly not surprising or new. Center East will generate more than 1,500 full-time construction jobs and $1.1 billion in economic output annually. Our city needs this project now.”

Carlo Scissura, New York Building Congress President and CEO, added, “The New York Blood Center is a crucial hub for New York’s life science industry, and given the heightened need following the COVID-19 pandemic, now is the time to create a purpose-built center that will help the Blood Center’s important mission. New York City boasts industry-leading life science institutions, but we have yet to reach our full potential as one of the country’s leading life sciences hubs.”