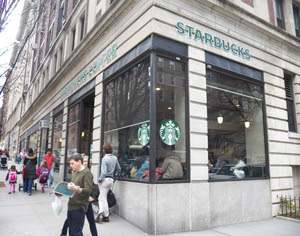 A half block-front of retail space in one of New York’s most affluent markets has just hit the market.

Faith Hope Consolo, chairman, and Joseph Aquino, executive vice president of Douglas Elliman’s Retail Group have been awarded the exclusive agency for the space at 1370 Madison Avenue, on the southwest corner of 96th Street in Carnegie Hill.

The space has over 100 feet of frontage along the Avenue, which continues around the corner.

“This neighborhood not only has the highest concentration of private schools in New York, it has a high concentration of wealth,ˮ said Consolo. “It is also in the heart of a major cultural center and close to a world-class hospital, so businesses here have a built-in customer base with loyal shoppers of all ages, from many walks of life.”

Aquino added, “We all knew the bar was raised when Armani Junior opened a store last year just a few blocks away.ˮ

The two stores are surrounded by local, national and international retailers and restaurants, such as Papyrus, Rachel Riley, Bon Point, Sarabeth’s and Le Pain Quotidien.

They are also close to Museum Mile and the Mt. Sinai Hospital Complex.

For his next trick, Farkas eyes NYC