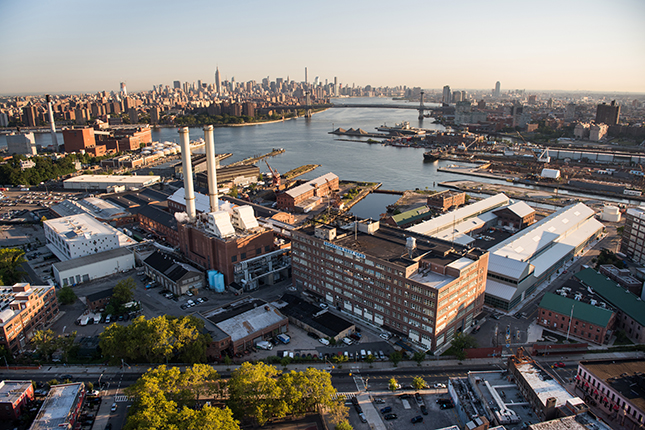 City councilman Ritchie Torres has tabled a fresh idea that could see self storage conglomerates fund affordable manufacturing projects around the city.

Speaking during a hearing into the apparent harm inflicted on New York’s light manufacturing sector by the proliferation of giant self storage facilities, Torres said he first needed more proof that it was the case.

Mayor de Blasio introduced a 10-point Industrial Action Plan in November 2015 aimed at strengthening core industrial areas around the City by investing businesses and workforce development. The plan focuses in particular on Industrial Business Zones (IBZ), which are designated areas that have large amounts of industrial and manufacturing businesses.

De Blasio’s plan says that unregulated development of self-storage in IBZs is detracting from the City’s plan for those areas, and he is seeking to curb the development of self-storage facilities through a proposed zoning text amendment.
After hours of lengthy discussion at a public hearing on Monday in the Council Chambers at City Hall, Councilman Ritchie Torres was succinct when questioning advocates for the manufacturing industry who gave testimony at the hearing.

“Has there ever been any study that has proven that this occurred?” said Torres of the claim that self-storage facilities in IBZs take away manufacturing jobs. “I think the philosophical foundations for this text amendment are highly questionable.”

“If there’s a study that demonstrates that self-storage is undermining or displacing manufacturing, I’d be more than happy to reassess my position in light of new evidence,” said Torres. “I have no settled position on the subject.”
Torres said to move forward with the self-storage plan, there needs to be empirical data on the issue, and floated the idea of harnessing the power of private capital to appease both developers of self-storage facilities and the manufacturing industry.

“I see an opportunity to embrace the logic of MIH,” said Torres, referring to the the City’s Mandatory Inclusionary Housing program. “Just like in MIH, we harness the power of the private market to create affordable housing. Why not harness the private capital that self-storage attracts to create affordable manufacturing without public subsidy? I see the makings of a win-win here.”

The City proposed the text amendment in May, but after mixed reactions from community boards, the public, and stakeholders, the Department of City Planning released a modified version, referred to as an “A-text.”