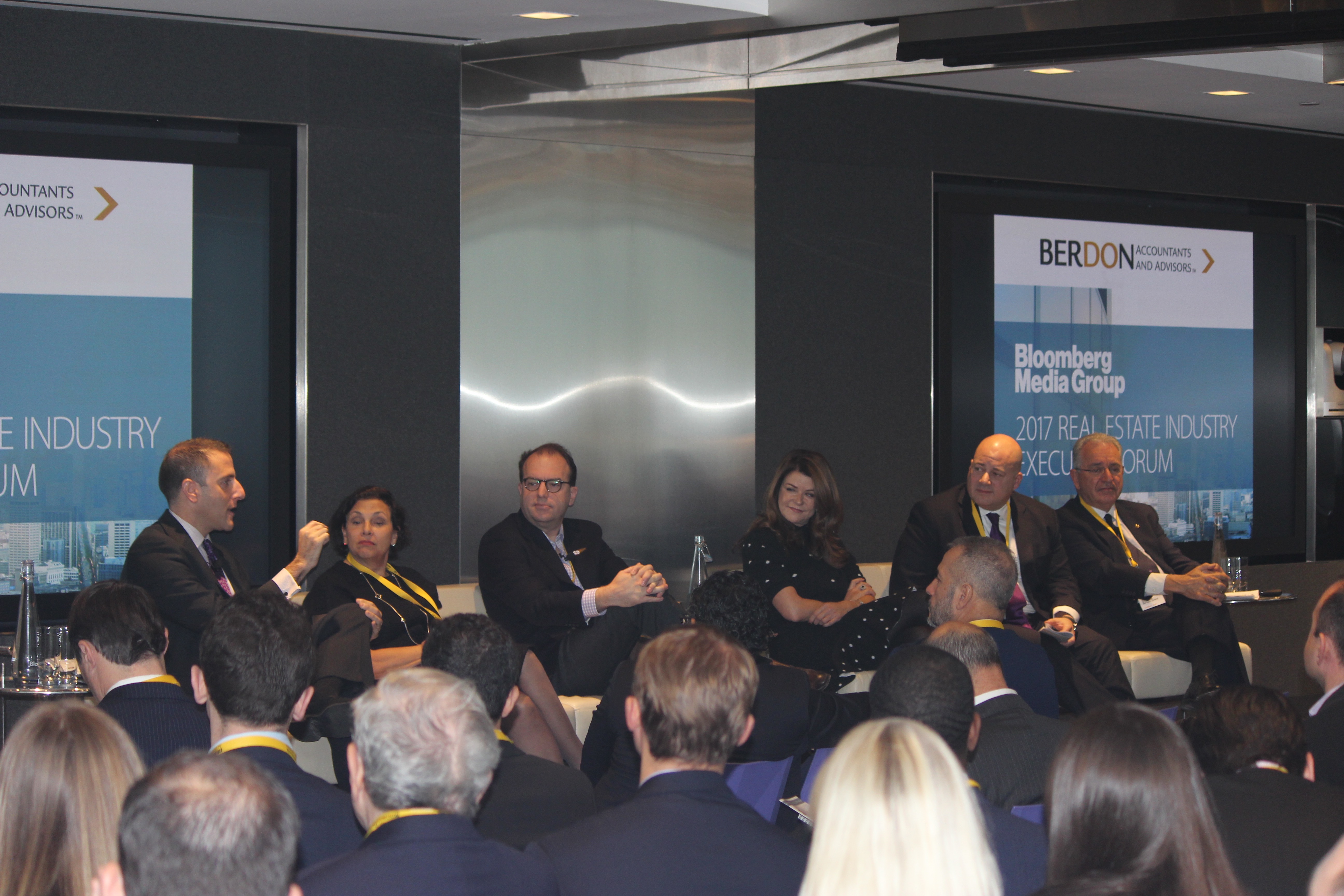 Seven years into a run of bullish investment and development, many in the New York real estate world wonder when their fortunes will turn.

However, there’s a sentiment among at least one group of industry executives that the city has future-proofed itself.

When asked with what “inning” he thought the market was in, MHP Real Estate Services president and chief executive Norman Sturner had this to say: “I get asked this question all the time and I tell people we are in the sixth inning of a doubleheader.”

MCR Development CEO Tyler Morse did him one better.

“I think we’re playing a cricket game,” he said, “this thing could go on for days and days.”

Morse, whose company builds and manages hotels nationally, credited the banks with showing more fiscal restraint during the current boom rather than flooding the market with money. Livanos added that slow and steady GDP growth mixed with guarded investors wary of getting burned by mismanaged projects have given the industry a sturdy base.

“We’ve seen a lot of consistency in underwriting, on the finance side and even on the development side, where projects need to make sense before they even come out of the ground,” Livanos said. “Our footprint is much bigger than New York City and we see that same trend around the country.”

In a nod to the panel’s host, Gilmartin lauded the addition of new industries, neighborhoods and fiscal policies during the Bloomberg administration as a key to the city’s bubble-resistant economy.

“We’re drafting behind the great work of Michael Bloomberg,” she said. “The diversification of the city’s economy, changing lending practices, all of that has been to the benefit of the current administration, whether it’s highly functional or not.”

Pinsky played a large role in that restructuring as director of Bloomberg’s Special Initiative for Rebuilding and Resiliency and as president of the city’s Economic Development Corporation. Yet, he wasn’t quite as cavalier about the market’s future as some of his fellow panelists.

Real estate, he pointed out, has historically been a cyclical industry and he expects this trend to continue. He also flagged the city’s deteriorating infrastructure and its struggle to keep pace with the rapid influx of new residents and tourists as possible pitfalls awaiting the real estate industry. Plus, in the current political climate, it has become critical to expect the unexpected.

“We have an extremely dysfunctional federal government, we have an international system that’s going through a significant transition that’s leading to tension and all of that is not divorced from the performance of New York,” Pinsky said. “People need to at least consider the possibility that those ‘black swan’ events will occur and they will have an impact on what happens here in New York.”

Sturner countered Pinsky, arguing that the long list of prophesized catastrophes in the city have yet to truly disrupt it.

Although there is a widespread question of when the other shoe will drop on the economy, Morse said various sectors of the real estate market are already firmly beneath the sole and that has not destabilized the rest of the industry.

“So you’re seeing little micro-recessions by asset class on this continent.”

To that, Gilmartin said it highlights the importance of a diverse portfolio and need to dig in for the long haul to make money in New York City real estate.

She said that explains the current stagnation in the luxury condo sector, where many investors have had to retreat because they overvalued land during a frenzied market.

“People who are building condos are those who paid so much for land that nothing else pencils out,” Gilmartin said. “If you have a large project and you can park some of that land cost in condo parcel and then build your multifamily elsewhere, office buildings elsewhere, it does help to balance out the equations and that’s what condos are for in my opinion.”

Now that the market is starting to adjust, Pinsky said property values are starting to come down as well, which is why high-priced condos aren’t selling. Once owners adjust their prices accordingly, he said, the market should see more movement.

“Expectations are still higher than what the market can support,” Pinksy said. “At some point, we’re going to see land prices come down to a more reasonable level and that will allow people to develop not only condos but other projects with reasonable sale or rental rates.”