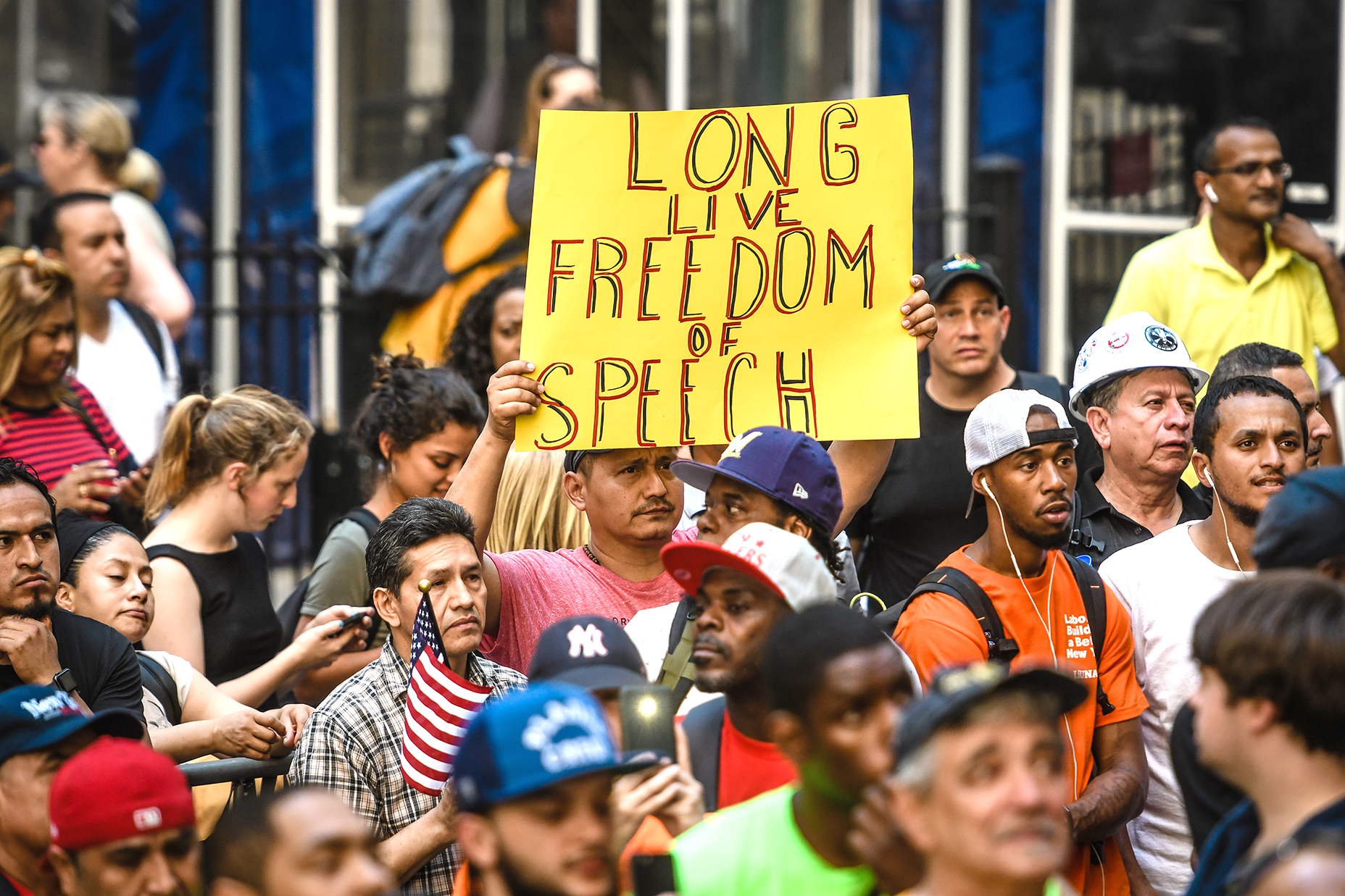 New York workers held a rally at the corner of Wall Street and Broad Street in Lower Manhattan against the Trump administration and what they called its efforts to block labor unions from protesting exploitive work conditions and non-union work.

The rally came as Trump’s National Labor Relations Board (NLRB) is seeking to prevent Laborers’ Local 79 from using inflated rat and cockroach balloons and public rallies to protest how a new ShopRite on Staten Island is being built.

The union has objected to the Mannix Family Market’s leasing arrangements for getting their latest ShopRite built at 2424 Hylan Boulevard on Staten Island using under-paid, poorly trained, nonunion workers. Construction workers at this ShopRite site are being paid less than prevailing wages and benefits, compared with similar projects in the New York City area.

Earlier this month, NLRB General Counsel Robb issued a complaint alleging that it was illegal for Laborers’ Local 79 to inflate balloons of any kind, and to rally on a public sidewalk using chants, whistles, and a bullhorn to shame companies involved in development who are not direct employers.

“Those allegations from the NLRB go against the U.S. Constitution and established legal precedent that protect the right of workers to use leaflets and other forms of speech and expression,” said the unions in a press rleease.

“Trump’s NLRB General Counsel is actively trying to get those rights enjoined in federal court, seeking a preliminary injunction against Laborers’ Local 79 to force the union to halt its public protests.

“Workers and unions currently have the same rights under the First Amendment as any other protesting group, and we can’t let that change. If Trump’s NLRB succeeds in this case, it will set a chilling new national precedent, silencing working people and organized labor. And after that—who knows whose rights will fall next!,” said Tamir Rosenblum, a lawyer for Laborers’ Local 79 who is representing the union in the case against the NLRB.

A similar case was filed by the NLRB General Counsel’s office earlier this year in federal court in Chicago seeking to prohibit the use of the inflated rat at a job site, but the matter is still pending.