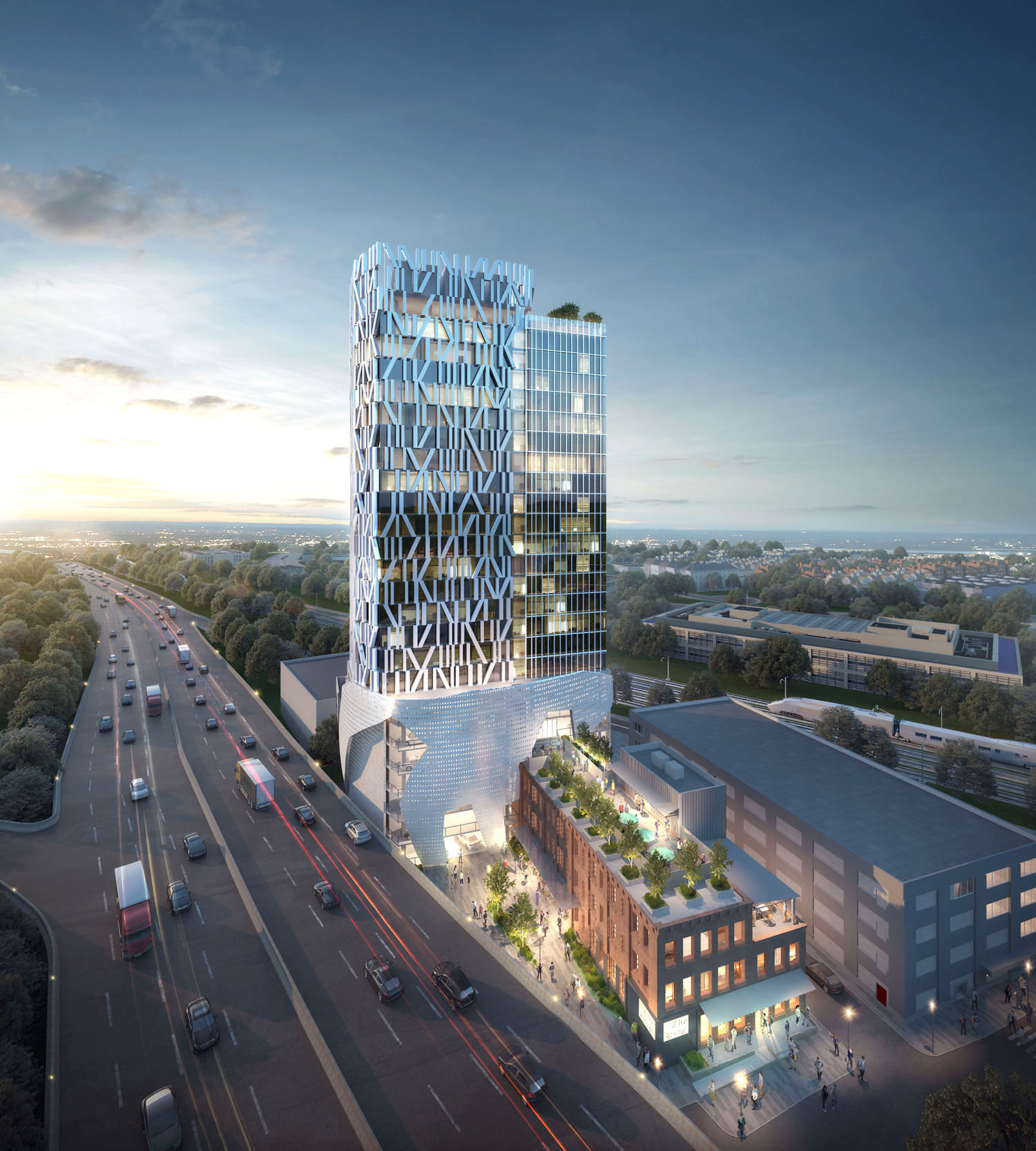 New Rochelle City Planning Board has approved the development of a 24-story, 225-key globally-branded luxury hotel and event center in the City’s downtown.

When complete, the TRYP Hotel by Wyndham will be the largest hotel constructed in Westchester County in the last 20 years and the first hotel of its kind in the lower Hudson Valley.

“I asked that our architect, Gregory Sharp, design a building that would rival that of any architecturally forward-thinking city in the world. We thank the City of New Rochelle for its receptiveness of our development and approval. We look forward to breaking ground later in the fall.”

Located directly off I-95 at 115 Cedar Street in New Rochelle’s downtown core, the 245,000 s/f hotel will serve as a gateway into the lower Hudson Valley from New York City.

With a full suite of luxury-class amenities, the ultra-modern hotel will offer guests an “urban resort” experience that includes a world-class restaurant and bar, spa facilities, rooftop pool and grill, conference space and ballroom, and 433-car valet parking structure.

In addition to the new construction, the development will preserve and adaptively reuse the historic white-brick building located at the project’s base.

The building, which was originally constructed in 1905 and formerly housed the “Don Coqui” restaurant, will be repositioned as a grand lobby and entrance to the hotel.

“Located at one our city’s most prominent gateways, this new development will have a dramatic positive impact on perceptions of New Rochelle, while also adding much-needed hotel space to keep up with growing demand,” said New Rochelle Mayor Noam Bramson.

“It is an outstanding example of how the successful execution of our downtown development plan can generate excitement about New Rochelle as a whole.”

The development will also cover offsite improvements including the redesign and replanting of the islands around the highway exit and a new pedestrian passageway that extends through the downtown.

The hotel is part of a larger effort to revitalize New Rochelle’s downtown.

This effort is projected to bring an additional 12,000-15,000 new residents to the downtown area when complete.

So far, 29 projects — totaling six million square feet and more than 4,000 housing units — have been approved, and 11 are already under construction.

TRYP is a unique branded hotel chain within the Wyndham network and locations throughout North and South America, from Miami to Brazil, and throughout Europe and the Middle East, from Belgium to the United Arab Emirates.