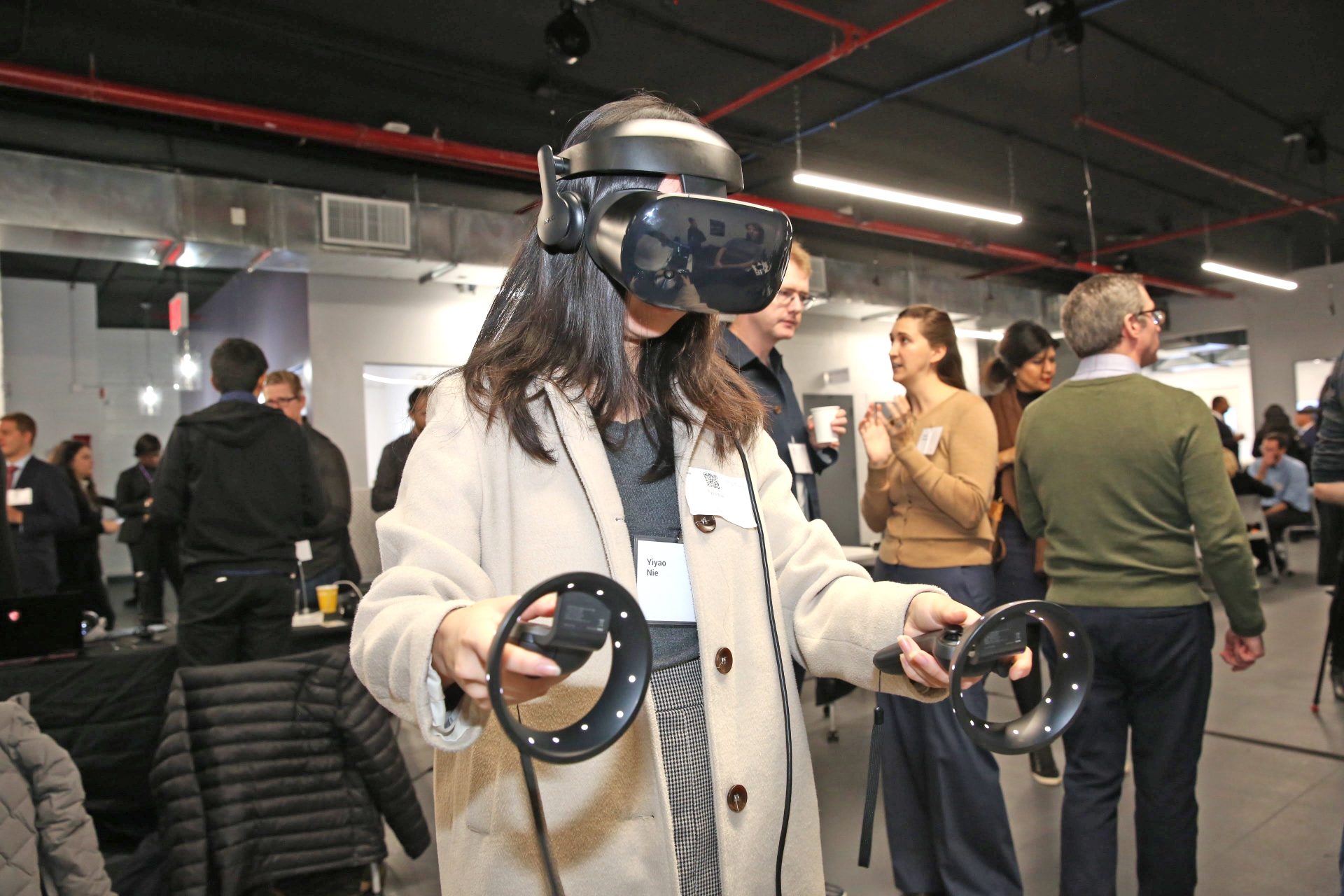 The country’s first city-funded virtual reality lab will open at the Brooklyn Navy Yard next year.
Called RLab, it will fill 16,500 s/f of Building 22 with co-working labs, classrooms, studios and offices for research, talent development and startup support as part of an accelerator program for creating solutions using virtual and augmented reality.

The program aims to draw talent from around the world to commercialize new ideas and technologies emerging from university campuses.

It will develop ways to teach companies how to use new VR technology and house an early-stage fund run by venture capital firm, Super Ventures.

New York will be the first US city to fund such a venture with a $5.6 million investment through its Economic Development Corporation and Office of Media and Entertainment (MOME).

Announcing the launch, NYCEDC president and CEO James Patchett, said, “With RLab, we’ll be able to fuel homegrown startups and grow a diverse talent pipeline of New Yorkers — all working in an industry with high growth potential in New York City.”

NYU Tandon School of Engineering will run RLab with input from New York City universities including Columbia, CUNY and The New School and is expected to create 750 jobs.

“RLab is a compelling addition to the Navy Yard and will provide a new path to quality, good-paying jobs, through innovation,” said David Ehrenberg, president and CEO of the Brooklyn Navy Yard.

“Connecting students from our neighboring communities and across the borough to precisely those types of good-paying, sustainable opportunities is a core part of our mission. ”

“Thanks in part to striking advances in technologies such as artificial intelligence and wireless, VR/AR platforms will revolutionize how we live, work and play. Here in New York, it also promises to open very real doors to opportunities in a vital new sector that will impact fields as diverse as design and architecture, education, entertainment and medicine,” added Jelena Kovačević, Dean of the NYU Tandon School of Engineering.

A former manufacturing facility, the Building 22 RLab will house a startup bootcamp for teams from NYU, Columbia, CUNY, The New School and Pratt Institute developing startup concepts. Training programs will include a partnership with the Lehman College VR Training Academy in the Bronx, which is partnering with

Eon Reality and The Knowledge House to help local businesses learn about virtual reality technologies.
The Craig Newmark Graduate School of Journalism at CUNY is developing workshops in applications of virtual and augmented reality for journalists.

“We are excited to join forces with the RLab to support the creation of a hub for the AR and VR industry and help startups raise funds and succeed in the fledgling market. New York City has the necessary ingredients — corporations in a variety of industries, smart capital, and diverse talent— to become the center of gravity for AR and VR in the USA and the world,” said Ori Inbar, Founder and Managing Partner at Super Ventures.

Globally, experts predict that worldwide revenues for the augmented reality and virtual reality (AR/VR) market will increase by 100 percent or more over each of the next four years, with total spending on AR/VR services leaping from $11.4 billion in 2017 to nearly $215 billion 2021, led by the U.S.

“The utility and applications for augmented and virtual reality are rapidly growing and will soon be a part of everyday life for many New Yorkers. We must take steps to ensure that New York City becomes and remains a global leader in this field,” said Council Member Paul Vallone, Chair of the Committee on Economic Development.

“The RLab at the Brooklyn Navy Yard is a unique public-private partnership that will create hundreds of new jobs and kick start the research and innovation necessary to put our city at the forefront of this tech sector.”

Yes, cybercriminals are targeting your company