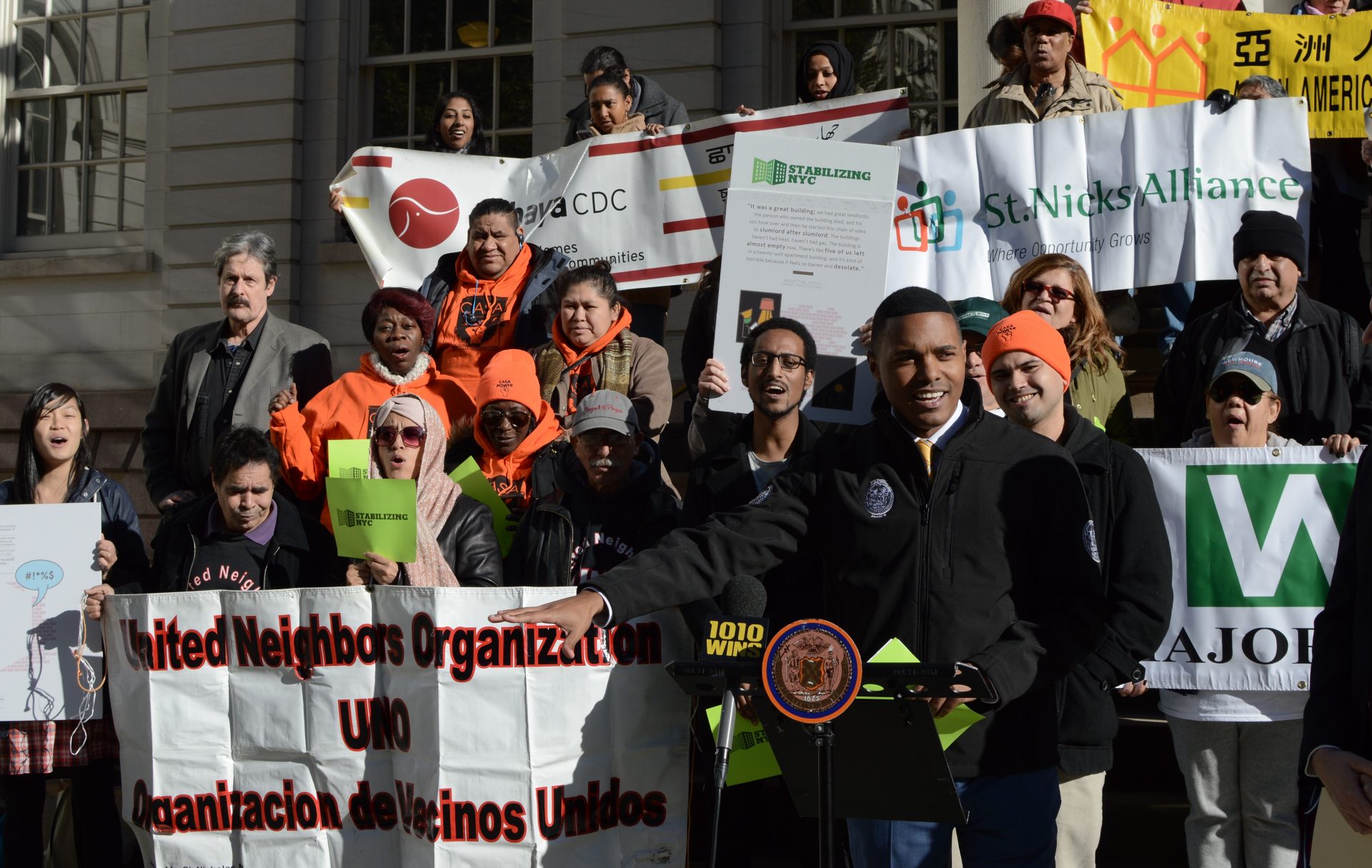 The city is putting speculative building investors on notice to tread carefully.

A new Speculation Watch List issued by the Department of Housing Preservation and Development yesterday (Tuesday) details rent-regulated buildings that were sold for higher-than-average prices recently.

Council member Ritchie Torres said the watch list is meant to provide more insights for tenants wary of being displaced.

“Rather than wait for buildings to fall in disrepair and for tenants to be harassed from their homes and their roots, we’re putting the landlords on notice that the city is watching you and we will hold you accountable,” Torres said.

However, some in the industry believe the city is in danger of unfairly profiling landlords and believe the watchlist may be misguided.

“The city is assuming that landlords are going to mistreat tenants because they may have paid more than what the city deemed to be a fair market price based solely on the city’s limited and skewed idea of values,” said Adelaide Polsinelli, vice chairman of commercial sales at Compass.

“Unfortunately, this doesn’t take into account the many other reasons a buyer would buy a property, such as 1031 exchanges.”
She added, ‟It’s ironic that the city can target and proile landlords when their own track record of poor living conditions [NYCHA] is in question.”

The new watchlist list is available at HPD’s website and currently includes 50 properties in Manhattan, Brooklyn, Queens and the Bronx. According to HPD, the list will be updated quarterly and will include 150 recently-sold properties each year.

Councilmember Torres was the main sponsor for the bill that became the Speculation Watch List law. He said that the city is facing a “crisis of over-investment and speculative investment to the point of displacement and gentrification.”

Torres said that there are many buyers who purchase rent-regulated buildings and will harass tenants out so they can get market-rate tenants in. “We know in the city there have been a huge wave of speculative investors who have been using huge amounts of capital to buy huge numbers of affordable housing with the purpose of making those units unaffordable,” Torres said. “We know that there are residential buildings that have been sold and bought on prices not based on the actual income of residents living there currently, but based on the projection of higher-income residents who could live there potentially.”

To be included on the watch list, HPD looks through recent sales of rent-regulated buildings in the city. If the sale was for a much higher price compared to the property’s capitalization rate or the median cap rate of the borough, Torres said it’s likely a case of speculative investment.

HPD’s deputy commissioner for policy and strategy Matt Murphy said there are some cases though where a buyer is not intending to immediately displace tenants. He explained that sometimes buyers purchase buildings at a higher premium because they are looking at it as a long-term investment where they will improve the building over a period of time.

But he said that the goal of the watch list is to arm tenants and advocacy groups with information and provide more transparency to recent sales of rent-regulated buildings.

HPD also published a separate citywide dataset of all rent-regulated building sales and their cap rates that is available to the public.

Yes, cybercriminals are targeting your company