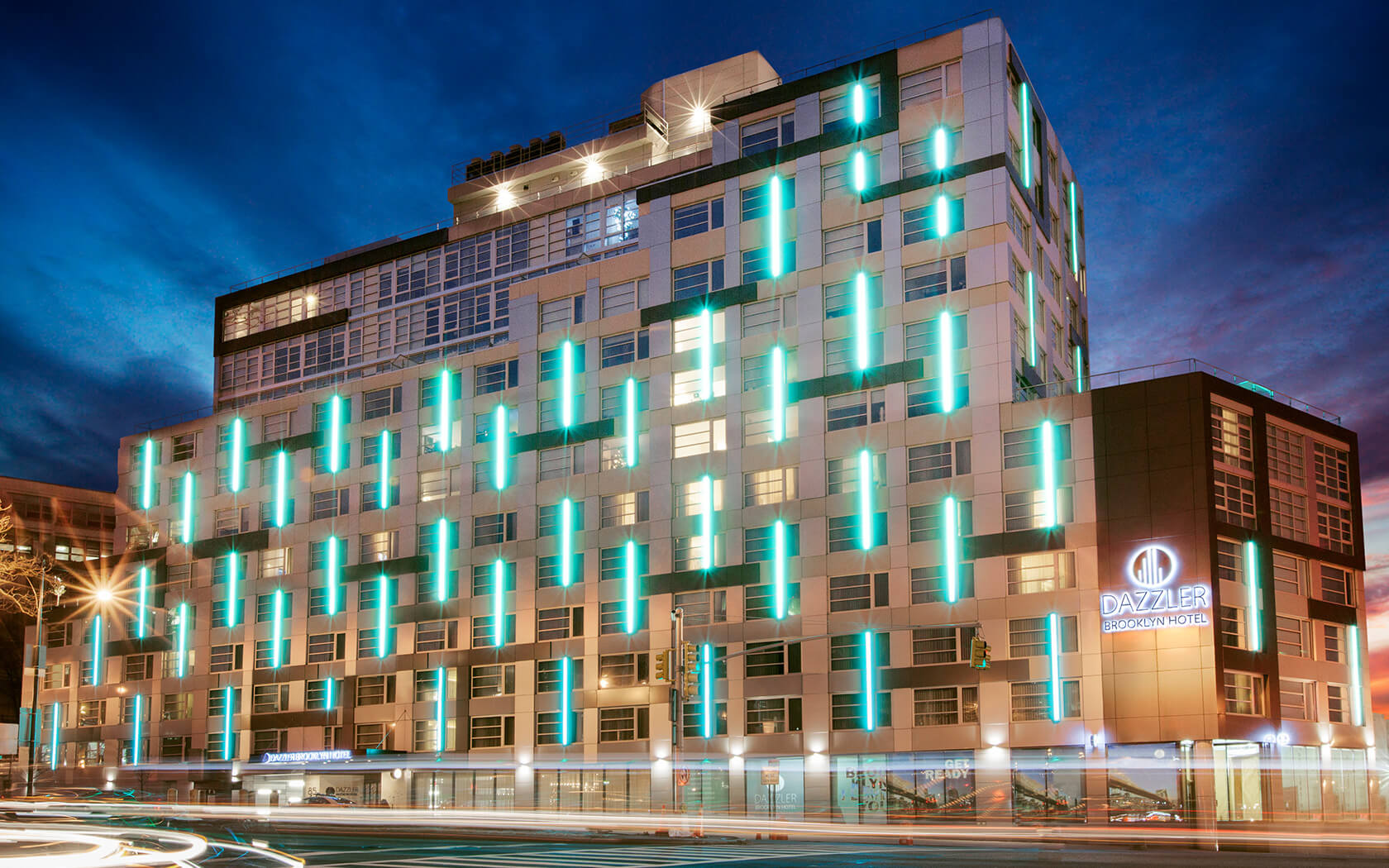 Faced with foreclosure, The Tillary Hotel in Downtown Brooklyn filed for bankruptcy last week in yet another example of New York City’s hospitality woes.

FIA Capital Partners principal David Goldwasser, a debt workout expert hired as ownership’s chief restructuring officer for the bankruptcy,  said the hotel is staying open. A UCC foreclosure auction over the mezzanine debt on the hotel scheduled for Dec. 18 was halted because of the bankruptcy filing, Goldwasser said.

“The plan is to operate the hotel and increase occupancy, and work through the pandemic,” said Goldwasser. “The goal is to stabilize it … a Chapter 11 bankruptcy is meant to reorganize. It keeps the dream alive.”

Hager’s firm and its partners paid $95 million for the building, which also features 64 rental apartments and 6,000 square foot parking garage, in September 2019. Madison Realty Capital provided a $76 million acquisition loan for the purchase.

Earlier this year, Eli Tabak’s Bluestone Group issued the ownership group a $6 million mezzanine loan, which it defaulted on. The owners, doing business as 85 Flatbush RHO Hotel LLC, were told back in August that Bluestone was foreclosing on the property.

According to Goldwasser, the hotel was closed at the start of the coronavirus crisis and operated as a homeless shelter in May and June. It reopened to the public on July 15 but has been operating at reduced occupancy, the owners stated in the bankruptcy petition. In the filing, the hotel ownership claims it has assets between $10 and $50 million and liabilities between $50 and $100 million.

Only five of the 64 apartments are occupied, the hotel owners said in the filing, and they plan to convert the apartments into condominiums if the hotel is allowed to emerge from bankruptcy.

Its largest unsecured creditors are a Brooklyn-based security company, Greater Shield, which is owed nearly $370,000, and Chesky Berkowitz, a leader of the Satmar community of Orthodox Jews in Brooklyn, who is owed $250,000 according to the filing.

The Tillary is far from alone in its financial woes. In New York City alone, nearly one third of all hotels are delinquent in their loan payments, according to debt analysts at Trepp, and several have closed for good, including the Hilton Times Square and Embassy Suites in Midtown West. 14 New York City properties with loans in the commercial mortgage-backed securities universe are 60 days or more behind payment, according to Trepp.

CBRE Hotels Research reported that hotels were able to adapt to COVID challenges they faced and implement cost-cutting measures early in the summer that allowed them to achieve a 16.7 percent  gross operating profit (GOP) margin through August  less than half what they made last year but enough to keep many afloat.

With a resurgence of COVID-19 and renewed travel restrictions enacted in many states, the American Hotel & Lodging Association (AHLA) reported seven in ten hoteliers (71 percent) don’t believe they can make it for another six months without further federal assistance, which came on Monday when the Government announced its new $900 COVID stimulus.

The bill includes the reopening the Paycheck Protection Program for small businesses which, despite flag affiliation with a major brands, most hotels are.  Businesses that took an initial PPP loan and can prove their revenues fell by at least 25 percent will qualify for a second loan under program whose maximum loan amounts for  hotel and restaurant perators have been increased to 3.5 times their average monthly payroll, according to the AHLA.

But the hospitality trade group said it will takes hoteliers years to dig out of the pile of debt they’ve amassed during the pandemic.

On Monday, Chip Rogers, president and CEO of the AHLA called the relief package a temporary lifeline, saying, “This will provide a critical lifeline for hotels and other businesses that have been decimated by the pandemic.

“Other hotel industry priorities include a one-year extension for Troubled Debt Restructuring (TDR) relief so that banks can continue working with borrowers to gain additional forbearance and debt relief, business meal deductibility through 2022, and expanded Employee Retention Tax Credit.

“We look forward to working with Congress and the new Administration on a longer-term stimulus package that will ensure our industry survives and is well positioned to help the country recover economically once the public health threat subsides.”

Local experts back plan for new incentives to tempt business, jobs to Jersey