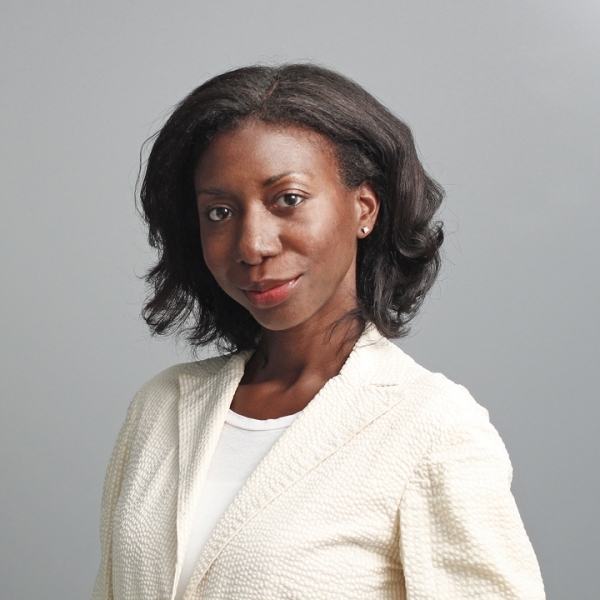 Native New Yorker Makeba Lloyd is helping bring new development to the neighborhood she grew up in and still calls home today.

Lloyd, an agent with MNS Realty who specializes in new development and resales, was born in raised in Harlem.
In her 15-year career, she has received recognitions as broker of the year and broker of the month. Her experience spans the residential rental, sales and new development sectors.

Following high school, she originally sought to work in fashion, attending the Fashion Institute of Technology in Manhattan.

“I took a few internships and jobs and realized it wasn’t for me,” said Lloyd of her time in the fashion world. She later earned a bachelor of science in business management at the University of Phoenix.

Her entry into the world of residential real estate was sparked by an encounter at an engagement party in Boston in 1999. Lloyd met a woman who had just joined a brokerage and had found success doing rentals in downtown Manhattan.

“I was working in public relations and sales support and fit modeling, and was just looking for something new that I was good at that was a flexible schedule and I could be my own boss,” said Lloyd. “Just listening to the woman and hearing about the transactions and meeting new people, it seemed like it was more at my speed.”

After the chance encounter, Lloyd jumped right into the game, starting off at brokerage firm City Sites. She followed that up with a four year stint at Benjamin James Associates, where she was able to learn the ropes of doing rentals.

She decided to move to another company after the events of September 11, 2001.

“When 9/11 happened, it kind of changed the scope and direction of where I wanted to go in terms of the business,” she said.

In 2003, she joined Goodstein Realty, a company that was then taken over by Douglas Elliman the following year. A short time later, she joined the Developers Group, which eventually merged with The Real Estate Group of New York to form MNS.

Lloyd realized years ago that new development had really begun to shift to Brooklyn, a borough that she ended up living in for eight years, before returning to her native Harlem.

She worked on a conversion at 970 Kent Avenue in Clinton Hill, a project in DUMBO called the Nexus at 84 Front Street, and The Toy Factory at 156 Johnson Avenue in downtown Brooklyn, a loft conversion she said 1,000 people showed up to at the opening.

“I think I sold five apartments in one night,” she said. What she likes about new development is how the projects start off as a clean slate.

“It’s easy to digest, I know what I’m selling, there’s no history,” said Lloyd. “There’s no surprises: We get in before it’s even built, sometimes before the shovel goes into the ground, and you really learn about the development process an can let clients know what they’re getting into – and give them the knowledge on the difference.”

Since moving back to Harlem, Lloyd has worked on projects in her neighborhood, working on the sales team as well as on site sales for new development and conversions.

A recent project she worked on was 2280 Frederick Douglass Boulevard, a new construction, ground-up condo building that she and her team just finished up with the last phase of sales and the building is now sold out.

“I’m really proud of 2280,” she said of the project. “The developer started it when the market was crashing, and he stuck through it for four years. He gave some buyers some deals, but never dropped prices. He was confident that buyers would see his vision and see that it’s a well-built building that could be downtown.”

Lloyd said she wasn’t skeptical about the prices but knew there were cheaper buildings in the area. But after a few months, things changed “significantly” following Hurricane Sandy’s battering of New York City in 2012.

“More buyers started to come uptown,” she said. “Harlem and the Upper West Side were virtually untouched by the storm, and it may have given people a little idea to go to other areas for the future.”

With a few more rental, development and condo projects lined up for the next few years, Lloyd certainly has her plate full, but she said she’s thinking about getting into investing in real estate more, and possibly getting into development herself on a smaller scale.

“I’m looking for more opportunities for myself, and my family,” she said. “I’ve never lived anywhere else, so I’m starting to get that itch.”

In her spare time, Lloyd has been making a body care product line for the last several years.

“With new development, it’s about commitment,” said Lloyd. “To finally be able to give someone a pair of keys after a year and a half is very rewarding. I really appreciate people who buy this new construction and wait for it.”