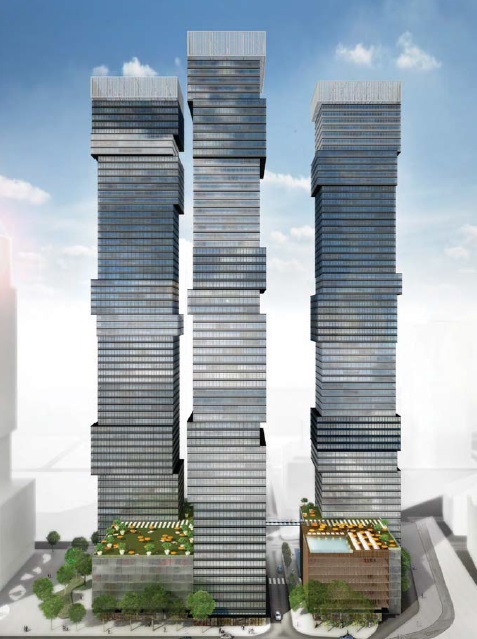 The project will be located at 200 Greene Street in the Harborside Financial District in Jersey City, New Jersey,  and will consist of a 69 story apartment tower containing 763 units, 5,204 s/f of retail space and an eight-story parking garage containing 222 spaces.

The building will be one of the first in the market to introduce an emerging concept  sustainable and space efficient units under the banner of URL® (Urban Ready Living®).)

Designed to target professionals from a variety of industries who demand amenities over space, there will be a focus on creating usable common spaces such as shared work spaces with Wi-Fi throughout all common areas, a café, an outdoor pool, garden lounge area and a state-of-the-art fitness center.

The developer, Harborside Unit A Urban Renewal, LLC is a joint venture between Mack-Cali Realty, L.P. and Ironstate Holdings, LLC.

“Given the 30 month estimated construction period, the borrower wanted to take out interest rate risk and requested a construction to permanent loan where the interest rate was locked at application. Pacific Life took the time to understand the market and new unit design concept and provided an attractive 15 year fixed rate loan with seven years interest only,” said Gary Cohen, senior vice president and senior director of Northmarq’s New Jersey based regional office.

Mack-Cali and Ironstate Development are receiving $33 million in tax credits to build the three-tower apartment development  that will increase the people into square feet equation.

Richard Ravitch spells out how to get things done