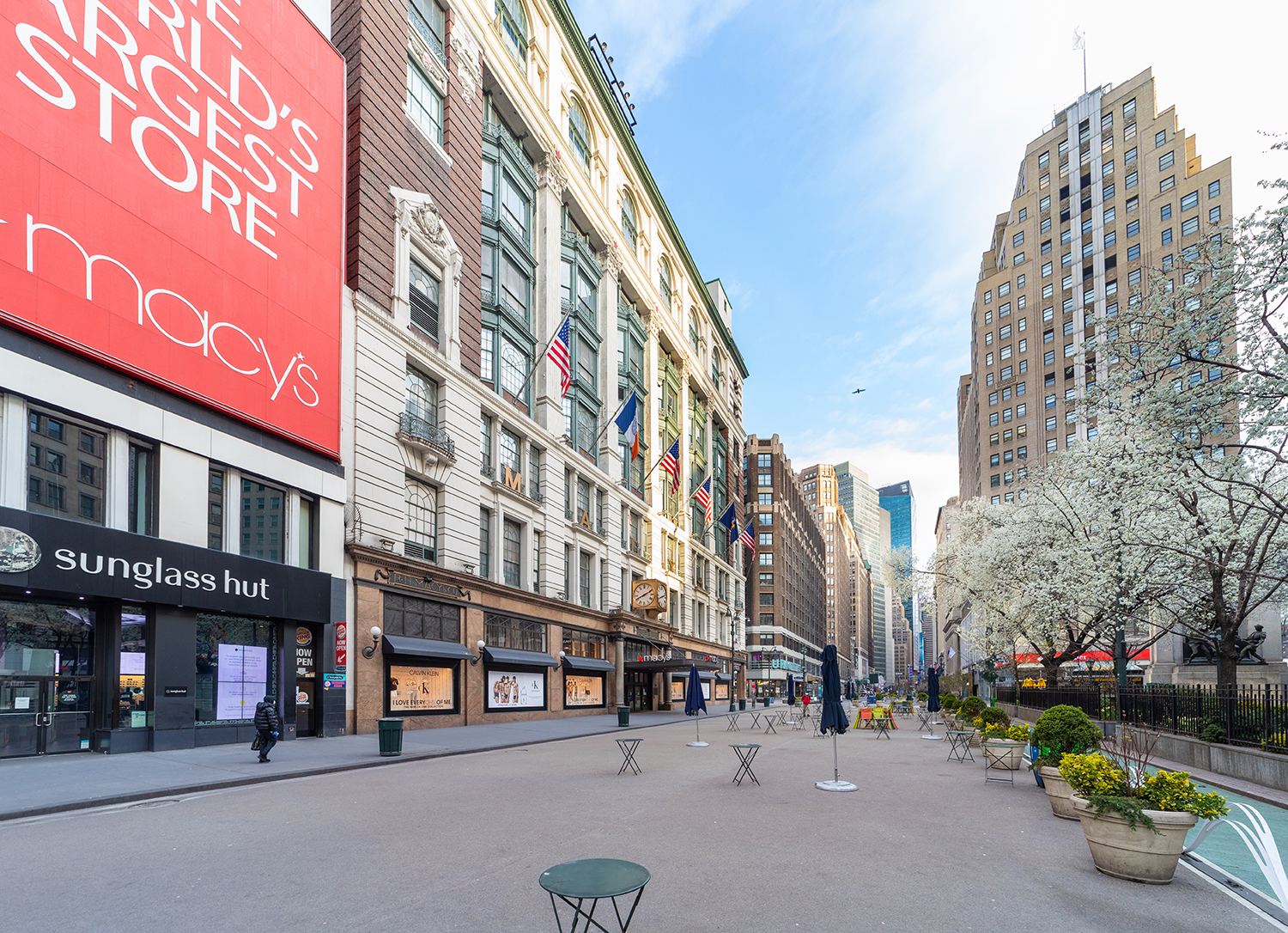 These corridors have historically relied on foot traffic from Midtown office workers to power the local economy, and the continued absence of those office workers and tourists is one of the key reasons why the city’s economic recovery remains uneven.

According to the report, nearly 30 percent of storefronts are vacant in the office-dependent retail corridors of Grand Central and Midtown East as of Summer 2021. Historically, these corridors have maintained a 10-15 percent retail vacancy rate, showing the significant increase in vacancies since the pandemic. These vacancies include more than a dozen corner locations, several flagship locations and, in some areas, entire blocks of vacant storefronts.

The findings further indicate that extremely high retail vacancies in these corridors are likely leading to a net loss of City and State tax revenues, which are supported, in part, by the taxes collected on retail sales. In 2019, New York City’s overall retail sales contributed $55 billion in taxable sales to the City’s economy. The retail businesses in Grand Central and Midtown East, specifically, accounted for approximately $6.5 billion in annual retail sales, or more than 11% of Manhattan’s total retail sales, in the years before the pandemic struck.

The startling number of vacancies in Grand Central and Midtown East stand in stark contrast to data from residential neighborhoods in Manhattan, Brooklyn and Queens, where storefront vacancies ranged from approximately 14 percent to approximately 20 percent as of Summer 2021, according to REBNY’s report.

“It’s clear from these findings how critical the link is between the recovery and success of the City’s once vibrant retail sector and a full, safe return of office workers. The health of the retail sector plays an essential role in New York City’s full economic recovery,” said REBNY President James Whelan. “The public and private sectors need to focus on measures that continue to increase vaccination rates and safely draw office workers back to the central business districts to ensure the storefronts and retail businesses that constitute the fabric of our City experience a strong and full recovery.”

In light of these new findings, business leaders in Manhattan and across New York City joined REBNY to raise concerns about the health of office-dependent retail corridors and urge policymakers to take additional steps to support the recovery of this segment of the economy.

The policy recommendations noted in the new report include:

“Midtown has an oversized role in fueling the city’s economic engine by generating significant tax revenue and jobs. It is also the area having the toughest time coming back,” said Jessica Walker, President and CEO of the Manhattan Chamber of Commerce. “To hasten the city’s overall economic recovery, it is imperative that all stakeholders focus on the health of these office dependent retail corridors and work together to ensure the best possible outcomes for hardworking small business owners there.”

“This report makes clear what many Midtown restaurants and bars have known for months: that a full recovery from the financial devastation caused by the COVID-19 pandemic requires immediate financial relief but also the return of the customers that once frequented these establishments for meals, meetings, and after-work drinks,” said Andrew Rigie, Executive Director of the NYC Hospitality Alliance. “It’s important we work with government and the private sector to ensure measures are in place that allow workers to safely and confidently return to their offices, and it’s equally important that the federal government replenish the Restaurant Revitalization Fund so that when workers do fully return to their Midtown office building, their go-to restaurants and bars are still there to welcome them.”

“REBNY’s findings confirm the crippling effect that the pandemic has had – and continues to have – on the retail sector in Midtown Manhattan. For these businesses to thrive, they need the kind of foot traffic generated by tourists and office workers,” said Fred Cerullo, President and CEO of the Grand Central Partnership. “They all contribute to the economic ecosystem that generates billions in business activities and tax revenue which the city also needs now more than ever. The time has come for our businesses large and small to further lead by example and get their employees to return safely to their offices in Midtown East which will provide a vital lifeline to our brick-and-mortar neighbors; and for our political leaders to focus on crafting an aggressive agenda to provide real relief to our retail sector.”

“Employers are encouraging a return to Manhattan offices, but employees have serious concerns about personal security and safety in the Central Business District, especially in and around transit hubs,” said Kathryn Wylde, President & CEO of the Partnership for New York City. “Reducing taxes and regulations on small business will aid recovery, but cleaning up drug trafficking, aggressive panhandling, and crime in the area are equally important.”