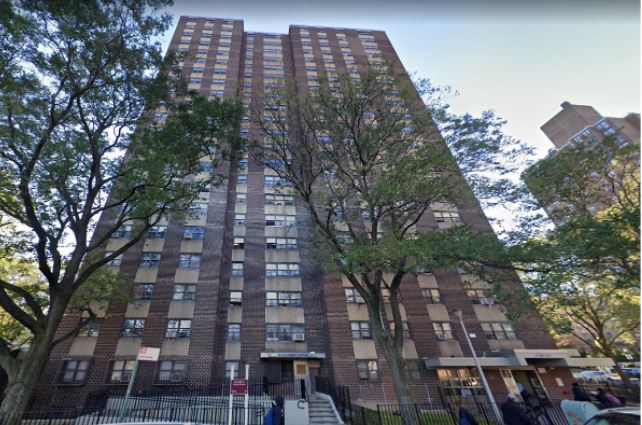 NYCHA has released a new Request for Expressions of Interest (RFEI) to attract development partners for projects under its Permanent Affordability Commitment Together (PACT) program to repair and preserve more than 5,900 units in the Bronx and Upper Manhattan.

“The applicants selected through this RFEI announcement will play a crucial role in securing comprehensive capital upgrades to NYCHA properties in dire need of full-scale infrastructural repairs,” said NYCHA Chair & CEO Greg Russ. “We look forward to weighing the submitted proposals for the care and attention they place on delivering meaningful quality-of-life improvements on behalf of the thousands of residents targeted under this latest iteration.”

This is the 11th RFEI the Authority has issued since introducing the PACT program when it was revealed years of neglect and mismanagement had left the nation’s biggest public housing provider with an estimated $40 billion repair bill while juggled a budget deficit all under the watch of a federal monitor.

PACT is part of a multi-pronged approach by City Hall to tackle the housing crisis that impacts nearly half-a-million tenants by allowing NYCHA to raise money for repairs through the lease of the land and buildings to private developers.

Through PACT, developments are included in the federal Rental Assistance Demonstration (RAD) and convert to Project Based Section 8, considered a more stable federally funded program.

Once a property is converted to Project-Based Section 8, NYCHA leases the land and buildings to the development partners, who conduct the repairs, serve as the new on-site property manager, and provide social services and community programs. NYCHA continues to own the land and buildings, administer the Section 8 subsidy and waitlist, and monitor conditions at the development.

While the process has been plagued by complaints from residents and criticism from those who consider it a back door to privatization, NYCHA’s executive vice president of Real Estate Development, Jonathan Gouveia believes any kinks have been ironed out.

“Over the past year, NYCHA’s Real Estate Development Department has worked diligently to revise our PACT requirements in a way that reflects the thoughtful concerns of our residents and stakeholders,” said Gouveia. “We are confident that our approach will yield a host of high-quality rehabilitation proposals capable of improving the health, prosperity, and living conditions of NYCHA residents.”

To date, some 9,500 NYCHA apartments have been moved to the PACT system and are privately managed under RAD. Another 11,800 units are expected to be transferred to the program by year’s end.

NYCHA’s latest RFEI is for pre-qualified partners – those who’ve already gone through an accreditation process that looks for firms with  diverse partnerships, an ability to provide resident programming and services, green building and resident engagement plans – to repair and renovate nearly 6,000 apartments in Harlem and The Bronx:

Submitted proposals will be reviewed by resident committees formed by the Tenant Association leaders to assist NYCHA in the selection of partners for their respective developments.

One a deal is struck, residents can expect to see their buildings, common spaces, and apartments modernized through extensive renovations. According to this newest RFEI, repairs to individual apartments will include comprehensive work on kitchens, bathrooms, windows, and living spaces. Chronic heat and gas outages will be addressed and renovations of interiors and common spaces, as well as elevator repairs, will be completed. Additionally, there will be improvements to building security, including upgraded entry systems and additional security cameras. Partnerships with social service providers have also been established to improve on-site services and programming through input from residents.

“Modernizing NYCHA is imperative for the well-being and quality of life of NYCHA residents,” said Deputy Mayor for Housing and Economic Development Vicki Been. “The city welcomes development partners who are committed to improving living conditions and providing safe, quality housing in a thriving community that meets the needs of NYCHA tenants.”