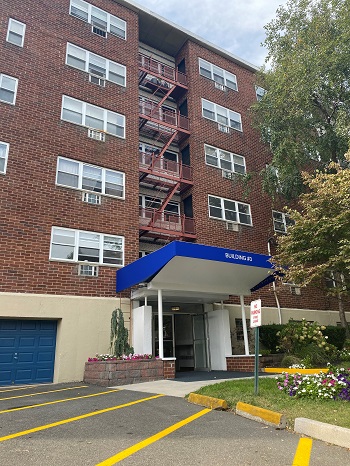 A 108-unit midrise apartment community in the New Jersey suburb of Nutley, has traded for $19 million.

West Bank Apartments runs parallel to NJ Route 21, connects directly via the Kingsland/Park Avenue overpass to Bergen County’s Lyndhurst and is at the heart of one of the highest appreciating neighborhoods in the area.

In addition to offering transit and highway connectivity to New York City and North Jersey-based businesses, one of the area’s largest employment hubs – the ON3 campus – is only 2.5 miles away.

Nicolaou and Uranowitz represented the seller and original developer, Westbank Apartments LLC/Avalon Apartment LLC who built the property in 1962, and identified and procured the buyer, River Gardens NJ LLC.

“An active client of mine contacted me specifically about their interest in purchasing West Bank Apartments, which was not and has never been on the market. Because of Ken’s 40-plus year close relationship with the owner, we were able to successfully bring the parties together from offer to closing in less than four months,” said Nicolaou.

The Nutley-Clifton area has emerged as an important medical, bio-tech and commercial corridor. As a result, it has been drawing private businesses, healthcare research incubators and world-class medical education institutions that are adding thousands of jobs within a three-mile radius of West Bank Apartments.

“This corridor is undergoing a transformation like no other in the state with the fully leased ON3 mixed-use redevelopment of the former Hoffman-LaRoche site,” added Nicolaou. “It is already having positive rippling effects on the existing multifamily housing stock in the immediate and secondary vicinity where it is feeding a highly educated, upper-income tenant pipeline.”