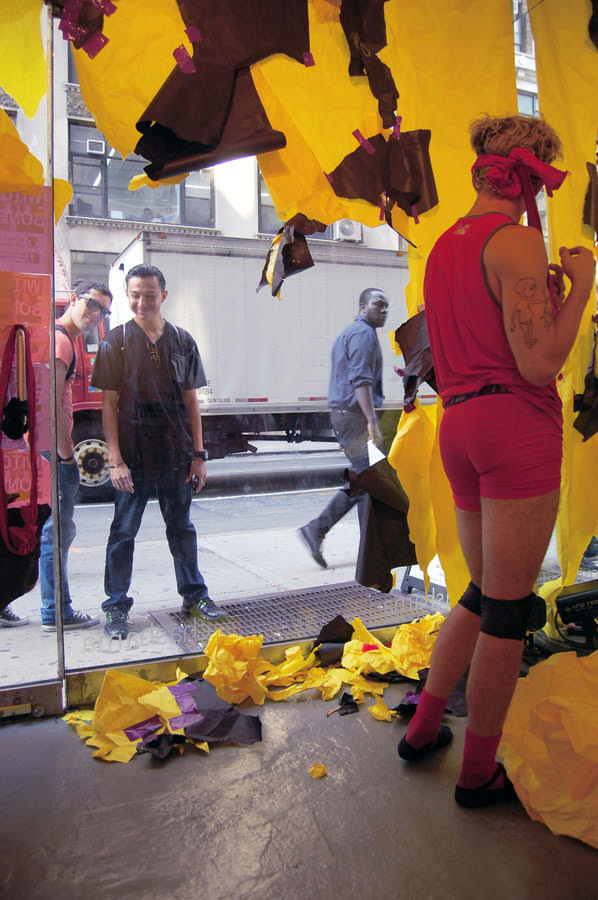 In 1995 Anita Durst had a dream: To create a non-profit arts organization that would be an oasis of hope and growth for New York City.

She named it Chashama (“to have vision” in Farsi) and set about transforming vacant locations throughout the city to provide studio and presentation space for artists, as well as free art classes for youth.

“Chashama is a great catalyst for recovery in the wake of the pandemic,” says Durst, known in the art world as the Chashama Mama.

“With all these empty storefronts, we can be a bridge between the property owner, the artist, the small businesses, and the non-profits. We can help reignite the economy of New York and bring it back to life through the mom and pop shops. Before the new year, we will be opening four holiday markets that will support 40 artisan vendors, provide online art classes for youth in the Bronx, present 3 new gallery shows, stage a live theater work outdoors, and that is just the beginning.”

As many individuals and businesses flee New York City, non-profit veteran Chashama seeks to stimulate the economy and beautify the city, keeping the country’s cultural epicenter thriving and its communities feeling engaged.

The company has launched its Enliven NYC initiative to spark life back into New York City, through partner outreach.

The ever-growing list of prospective partners and properties has poised Chashama to be a leader in New York City’s cultural resurgence. For Durst, it is her vision that “Enliven NYC will remind people of what makes this city so unique: The ability to walk down any street and happen upon something magical.”

Durst says that several major organizations have stepped up and given Chashama large financial donations during the pandemic, including The New York Community Trust, CBRE, Fidelity Title Insurance, Taconic Partners, and Turner Construction Company, among many others.

“Many artists have lost their jobs in the pandemic and are having trouble making ends meet,” Durst says. “Despite the pandemic, we continue to be approached every day by artists and organizations that need space, and together, we and our partners will help make this happen.

Chashama has programs in Washington Heights, Sunset Park, and the Bronx, where the artists-in-residence hosts monthly workshops for building residents and community members in exchange for free workspace.

Through this program, Chashama has partnered with The Center for Family Life, Mixteca Organization, and the VIP Mujeres (Violence Intervention Programs).

For over 25 years, Chashama has obtained unused properties and transformed them into spaces for over 25,000 artists to create and present their work, believing in the rights of all artists to develop their practice and participate in New York City’s cultural exchange, regardless of race, age, gender, sexual orientation, or immigration status. Durst says a key component of Chashama’s mission is to remain committed to supporting diversity in the arts.