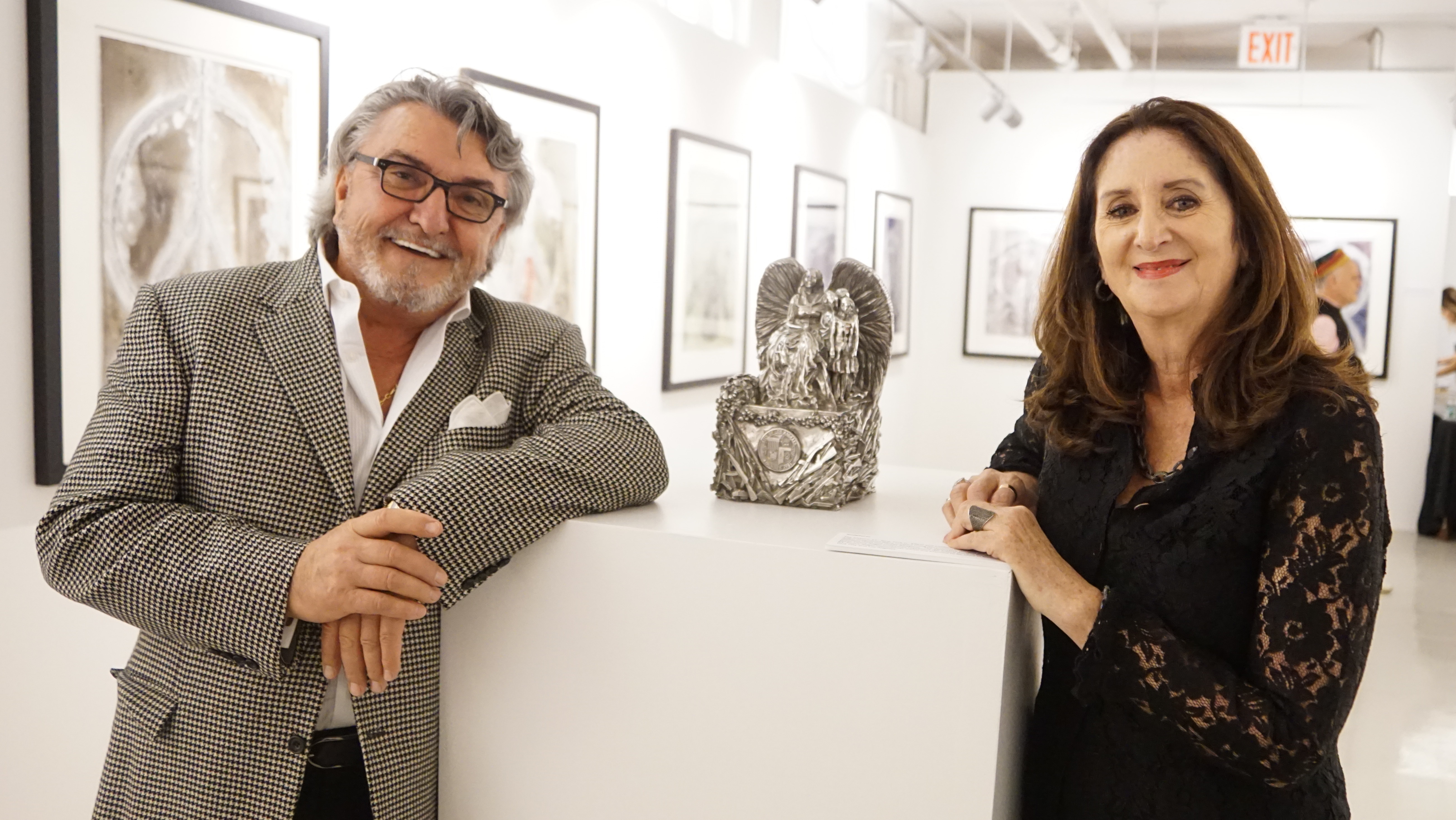 They were joined by Amy Weinstein, associate director of collections & senior oral historian of the National September 11 Memorial & Museum, who was on hand to say a few words.

Evola’s Renaissance Peace Angel was displayed on Canal Street outside of Nino’s Restaurant, owned by Vendome, following the 9/11 attacks – standing as a symbol of peace and hope for New Yorkers. Nino’s Restaurant, as many will remember, served as a hub for Ground Zero first responders following the attacks, offering free meals to those handling rescue efforts. Evola’s sculpture has since been gifted to The National September 11 Memorial & Museum.

Evola also unveiled the Reflection Peace Series, a technical breakthrough whereby decommissioned weapons are melted down to the molecular level, allowing viewers to see their own reflection – a contribution to self-awareness that we are in charge of peace or its absence.

Evola is also calling for the collection of one million decommissioned weapons for the construction of a New York City Peace Angel monument. In November 2015, she presented an identical project to the Los Angeles City Council, championed by Councilman Paul Koretz and Councilman Bob Blumenfield. The Los Angeles Peace Angel is now in process.

“As our world continues to be faced with horrific acts against humanity, the Peace Angel Project mission has never been more important,” said Evola. “As we move into the holiday season, it is my hope that this artwork will serve as an inspiration to tap into the best of the human condition, by rising above violence and standing for peace.”

The exhibition at Studio Vendome will be open to the general public through December 24, 2015.