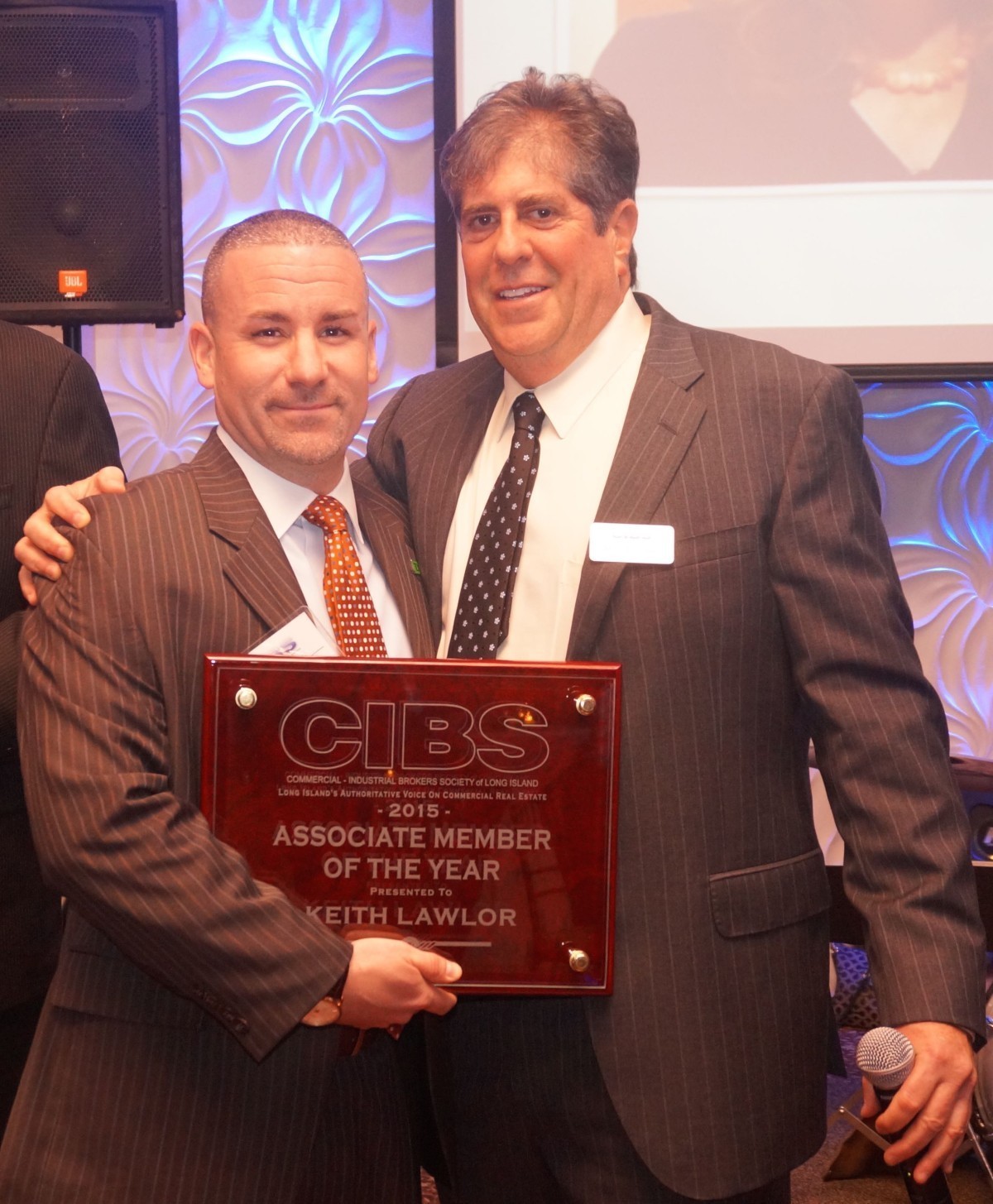 The award, presented at the CIBS Annual Meeting at the Fox Hollow Inn in Woodbury, Long Island, recognizes and encourages the support and involvement of CIBS members and associate members in the activities of the real estate brokers group.

Lawlor has helped to spearhead the organization’s Future Gen educational programs. Also, TD Bank is a sponsor of CIBS.

Lawlor, of Holbrook, has 12 years of banking and lending experience and has been with TD Bank and its predecessor, Commerce Bank, since 2003.

“Keith and TD Bank has been staunch supporters of CIBS and this award recognizes his growing involvement in our organization,” said CIBS President David F. Chinitz.
CIBS was formed in 1992 out of the shared belief among the region’s leading brokers that the region needed a unified voice to advocate on behalf of professionalism, ethics and industry cohesion.

Today, CIBS is a leading voice and advocate for commercial development in the Long Island market.

Since its formation, CIBS has helped upgrade the industry by offering hundreds of educational programs, seminars and presentations; advocated professional standards and offered grievance resolution; provided informal mentoring relationships; raised tens of thousands of dollars for local charities; and created social settings in which colleagues have become friends, and competitors respected peers.

For information about the CIBS of Long Island www.cibs-li.org