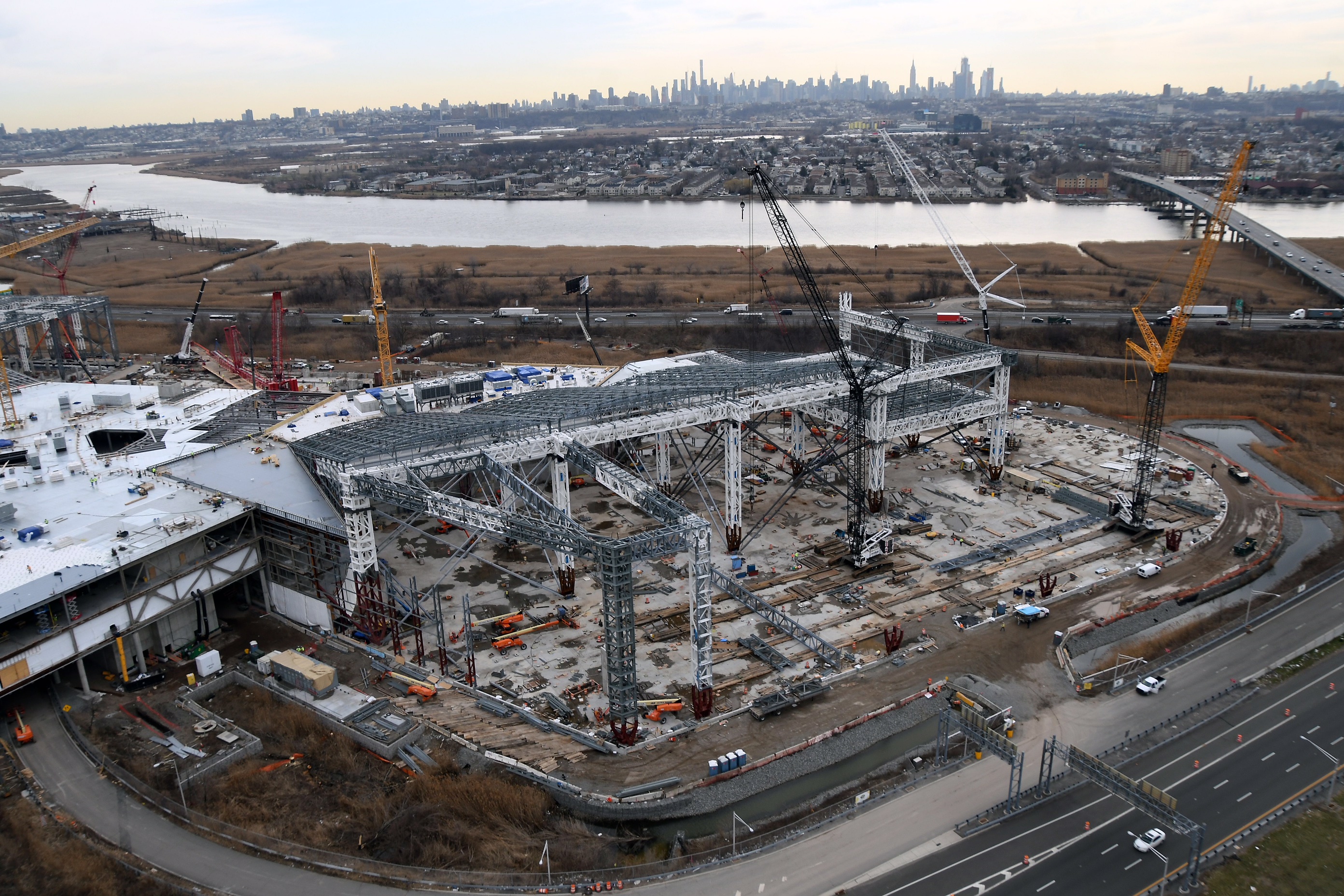 Construction cranes and rising structures have been seen from the Turnpike in recent months, as development of several components has progressed.

Structural shells for the Nickelodeon Universe theme park as well as the Dreamworks waterpark have gone up, as well as a building that connects the main part of the mall to the parks, according to Debbie Patire, a spokesperson for American Dream. The last information released by the developer of the project, Triple Five, was in November, when they announced the complex would feature “world-record” roller coasters at its indoor Nickelodeon Universe theme park.

Barring any delays due to the recent snowstorm, construction will begin next week to erect one of the roller coasters, and the mall is about 75 percent leased, said Patire.

Last summer, the development team behind the three million s/f megamall announced they had secured $2.77 billion in construction financing through a Goldman Sachs and JP Morgan sale of $1.1 billion in tax-exempt bonds for the project. Proceeds from the bond sale, along with a previously closed $1.67 billion construction loan also provided by JP Morgan and Goldman Sachs, completed the full financing for the project.

“The now completed financing allows Triple Five to proceed with full construction of this unprecedented project which will create tens of thousands of jobs, bring millions of tourists and billions of dollars in economic growth annually to Bergen County and the State of New Jersey. We look forward to unveiling American Dream to the world in March 2019,” said Triple Five president Don Ghermezian last summer.

Ghermezian said at the time that more than 35 percent of tenants signed to the mega-mall are entertainment-oriented. GHA Design — the company behind the landscaping of both The Wynn and Bellagio hotels in Vegas — has been tapped to fine tune the American Dream interiors.

Anchor tenants Saks Fifth Avenue and Lord & Taylor are among more than 450 retail, food and specialty shops that will be featured at the mall, along with the DreamWorks water park and Nickelodeon Universe theme park, a 16-story indoor ski park, a live performing arts theater, a 285-foot tall observation wheel, Cinemex movie theaters, an aquarium, a Lego Discovery Center, an NHL-size ice rink and two 18-hole miniature golf attractions.