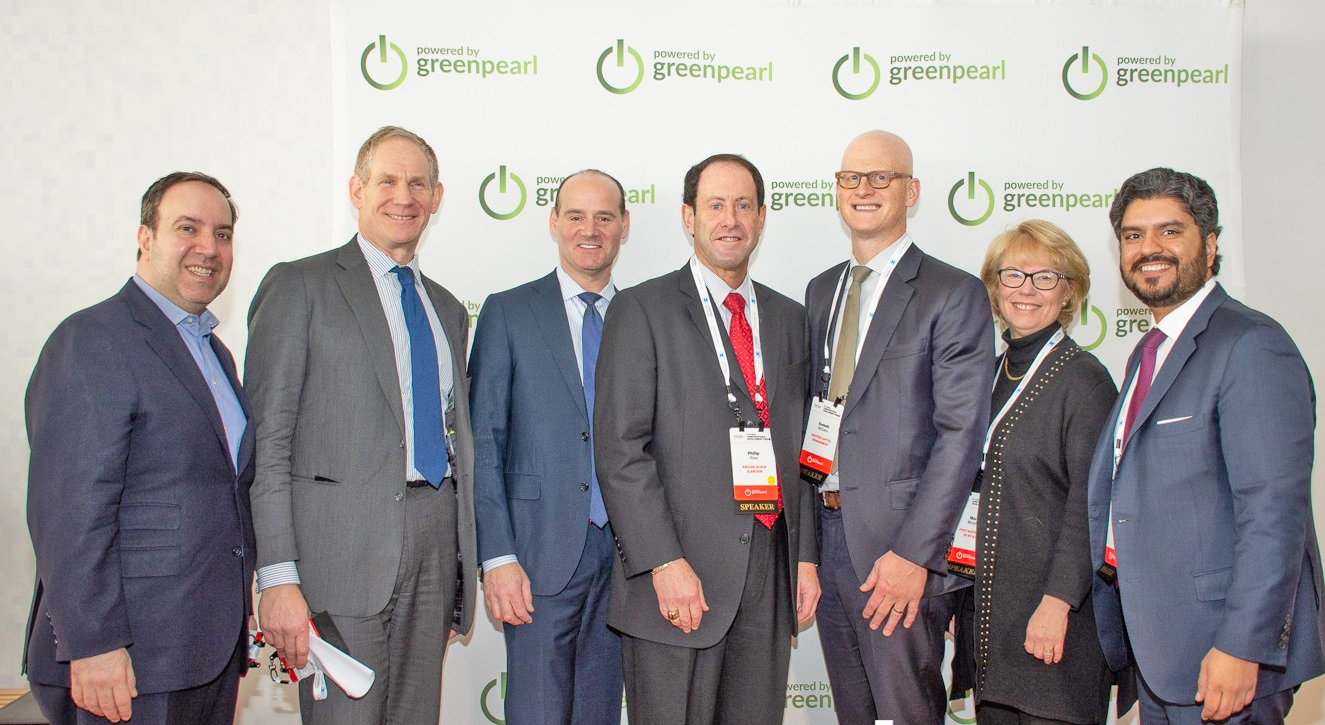 Controversy over Amazon’s blockbuster New York City headquarters may be the brightest lighting rod in the city’s world of real estate and commerce, but according to some players with an intimate knowledge of New York’s history, it doesn’t go without precedent.

“Last night I actually ordered a red carpet on Amazon and I’m going to carry it everywhere I go and roll it out whenever I meet one of the detractors of this deal,” joked New York Building Congress, President Carlos Scissura at a recent forum on construction and development hosted by Anchin.

According to Scissura, who delivered his comments as part of a panel convened to discuss how Amazon’s Long Island City-slated HQ2 and New York’s infrastructure fit together, he has the benefit of hindsight when it comes to controversy of the deal.

“As someone who lived through the Atlantic Yards fight for a decade, I always tell the story about the opening night of Barclay’s [Center], my former boss, Marty Markowitz and I went… and we saw so many of the opponents enjoying a Nets game,” said Scissura. “I was maybe a little shyer then, but [Markowitz] of course was not and he advised them what he thought of them being at the game after opposing it.

“I’m not able to repeat that language in an audience like this, but let’s just say it wasn’t pretty.”

Janno Lieber, Chief Development Officer of the MTA, and another panelist on the day, said that Amazon’s entry into New York City, which it estimates will add 25,000 new permanent jobs, represents more than just padded job statistics.

“I started working on economic development for New York in the 80’s and as long as I’ve been around, there’s been conversation on how to transition New York away from its dependence on financial services as part of our business model,” said Lieber. “The new knowledge economy, technology, really has taken root in New York… but nothing could be more transformational than having Amazon’s new HQ2.”

“It’s off-topic for the MTA guy, but the issue has to be looked at in that context — how do we establish a long-term identity outside of the financial services,” said Lieber.

With the prospect of new jobs, however, has come added scrutiny over the capacity of New York’s infrastructure.

In addition to the economic incentives offered up by the city — around $3 billion — critics of Amazon’s new headquarters plan for New York have pointed out that the mega e-tailer should be doing more to help bolster the city’s ailing infrastructure.

The concerns of critics culminated recently in a report by The Washington Post that officials in the company are having cold-feet about setting up shop in New York for fear that their time and investment will be felled by opposition.

Lieber said that despite the perception of New York’s public transit system, particularly the subway system which has been racked with delays, under-investment and costly updates, the city’s underground is equipped for the capacity.

“When people say ‘we don’t have the capacity transportation wise’ it’s wrong,” he said. “We’ve analyzed the hell out of it and there is capacity…”

The problem, said Lieber, wouldn’t be people commuting from Manhattan — the 7 train takes care of that — it would be that for people commuting within Queens, Long Island City is in-effect “out-of-bounds” without ready access to transit.

To help bolster connectivity between north and south Queens and also much of Brooklyn, infrastructure advocates have lobbied for the construction of the Brooklyn Queens Connector, BQX, which would build a streetcar from Red Hook in Brooklyn all the way to Astoria, Queens.

“We talk about government and some of the regional agencies being slow to change a little bit — that we don’t think outside our boxes as much as we should. Bringing this kind of thinking, this forward type of industry into this region is going to have a trickle-down effect on all of us,” said Mary Murphy, Director of Planning and Regional Development for the Port Authority of New York and New Jersey.

“It’s challenging the Port Authority to think about how do we invest in core technologies to make sure our systems work better.”

Whether New York’s transit systems are in need of serious updates or not, they may still be enough to tip the balance in the city’s favor.

Ali Chaundhry, chief development officer of American Council of Engineering Companies of New York, said, “It’s about the transportation system. We are a multi-modal city in a multi-modal state. It’s not always pretty and it doesn’t always work to everyone’s satisfaction, but it’s still the best system on the planet and the Amazon deal is a recognition of that.”