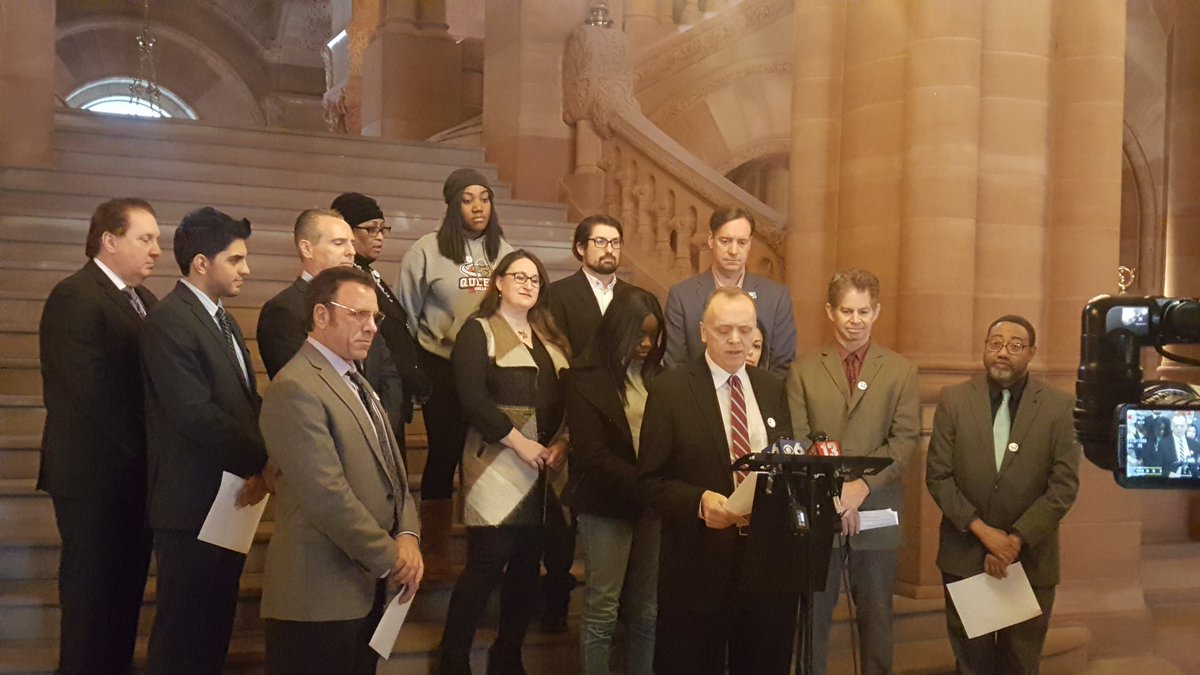 While Amazon has yet to comment on reports it is reconsidering Long Island City for its HQ2, politicians and industry groups have thrown their support behind the project.

The Washington Post last week reported that Amazon is reconsidering building an eight million square feet complex in Queens in the face of loud opposition to the project.

But shortly after, the New York Times debunked that story saying Amazon had no plans to back out.

Amazon has not responded to  requests for comment from Real Estate Weekly and has yet to comment publicly on the reports.

TF Cornerstone, who along with Plaxall would be building the new headquarters, also declined to comment.

But the whisper campaign has brought out supporters who say the Amazon deal and its 25,000 jobs is too big to fail.

On Tuesday, a coalition of Amazon supporters from the local community spoke out and called on legislators to back the HQ2 project.

“Queens and Amazon are a perfect match,” Thomas Grech, president and CEO of the Queens Chamber of Commerce, said. “Our diverse talent pool, entrepreneurial spirit, thriving arts scene and boundless energy will help Amazon continue to grow and thrive, and Amazon’s presence in our borough will create jobs for local residents, catalyze economic activity, support small businesses in our community, as well as generate tax revenue.”

And the nonprofit, Association for a Better New York, pointed to one of their recent studies that shows incomes related to the city’s tech ecosystem are 49 percent higher than other sectors and 45 percent higher for New Yorkers without bachelor’s degrees.

“That’s why we need to work together and recognize that the HQ2 is an ideal fit for Queens,” ABNY’s executive director Angela Sung-Pinksy said in a statement. “Amazon gains access to our top-notch and diverse talent, as well as all the culture, entertainment and industries our City provides, and we gain economic opportunity that can benefit all New Yorkers.”

Elizabeth Lusskin, the president of the Long Island City Partnership, said the HQ2 proposal was the result of more than 40 years of work from the community to ensure diverse and well-paying jobs to the area and borough.

“Simply put, this is a level of job development that has just never come along before,” said Elizabeth Lusskin, president of the Long Island City Partnership. “With Amazon’s decision, we are beginning the next phase of work to ensure that the neighborhood and its people benefit.”

The New York Building Congress threw their support into the debate as well, urging opposing officials and residents to support the project.

“From the moment Amazon announced plans to open a second headquarters, there was no doubt that New York should be their home – and that is as true today as it was then,” the NYBC in a statement. “New York City is the new capital of the tech industry, and this is where Amazon belongs. Their move to Long Island City will have an incredible economic impact on the five boroughs, create tens of thousands of high-quality jobs and send a message to companies around the world that New York is the place to be.”

For Governor Andrew Cuomo, one of the main orchestrators for the Amazon deal, one of the major roadblocks right now is the political opposition.

But there are still those fighting against Amazon’s presence in Long Island City. Jimmy Van Bramer, the area’s councilmember, said. “When a corporation is anti-union, pro-ICE and seeks billions in corporate welfare, we must fight back. It’s not over, but I’m proud of the values we fought for.”