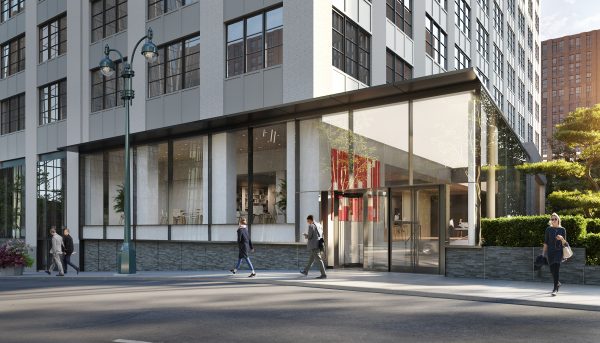 After months of rumored scouting around the city for space, Amazon has decided on a Manhattan location for a new office – SL Green Realty Corp.’s 410 10th Avenue.

The building, which is at the intersection of Manhattan West and Hudson Yards between 33rd and 34th Streets, is expected to open late 2021, and at that time Amazon will occupy 335,408 s/f of space.

“As we shared earlier this year, we plan to continue to hire and grow organically across our 18 tech hubs, including New York City,” the ecommerce giant said in a statement.

“To support this growth, we will open a new office in Manhattan in 2021 that will house more than 1,500 employees from our consumer and advertising teams.”

This new office is in addition to Amazon’s current offices in New York, including locations in Midtown and Hudson Yards, and Audible headquarters in Newark, NJ.

Amazon now has more than 3,500 employees in its NYC Tech Hub, well short of the 25,000 positions the company once vowed to bring to Long Island City, but a number that is expected to grow. Including is warehouse facilities, the ecommerce giant now employs more than 8,000 people in New York City.

“We’ve had an excellent long-term relationship with Amazon and are delighted to expand it with their commitment to this very special building.”

According to Durels, the Amazon lease bring 410 10th Avenue to 96.2 percent occupancy. In April, First Republic Bank signed a 15-year lease to occupy 211,521 s/f across the ground and mezzanine levels of the building with corporate offices housed the second through sixth floors of the building.

The redevelopment of the 20-story building, once known as the Master Printers Building, will include a new 5,000 s/f roof deck along with a 3,000 s/f lounge for daily use and events. The building’s lobby entrance will be relocated from 34th Street to 33rd Street and the lobby itself completely rebuilt with 9 ft. high industrial-style windows, new elevators, double height storefronts and façade re-coloring.

The Kaufman Organization retains a minority stake in the property, part of its family portfolio.